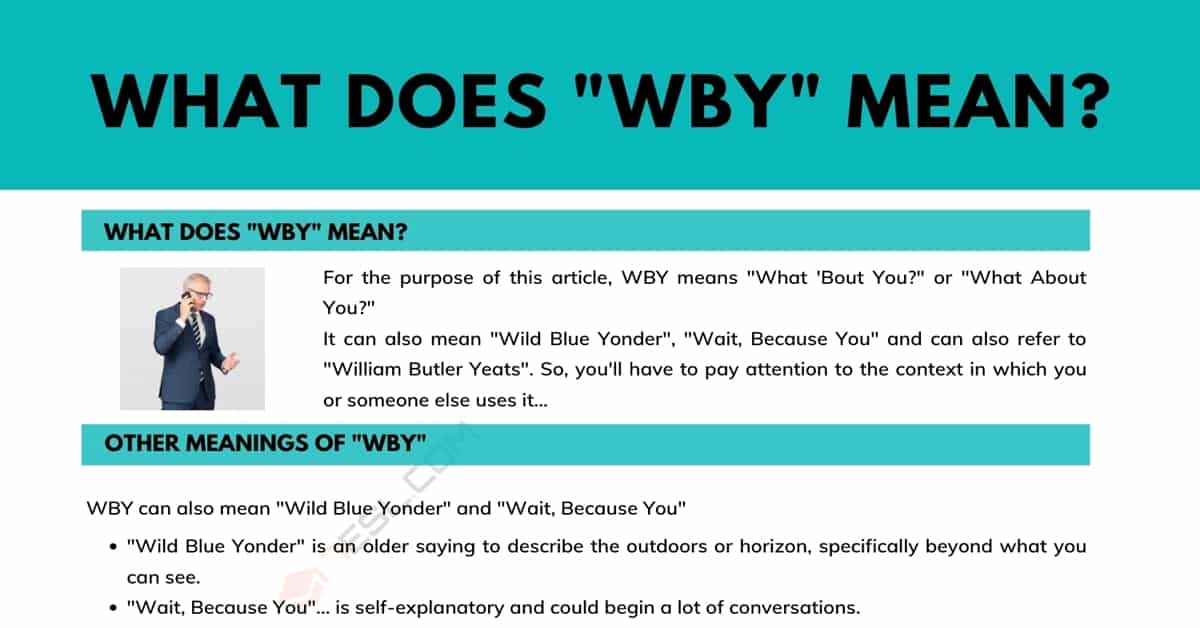 If you’re reading this, you’re probably wondering what WBY means. Good news, you’ve come to the right place! You’ll be learning what it means, how to use it, and other ways to say it. So let’s dive in…

What Does “WBY” Mean?

For the purpose of this article, WBY means “What ‘Bout You?” or “What About You?”

It can also mean “Wild Blue Yonder”, “Wait, Because You” and can also refer to “William Butler Yeats”. So, you’ll have to pay attention to the context in which you or someone else uses it…

It was shortened into an acronym to save time when texting and typing, so while the question itself has been around a long time, WBY is fairly new.

Other Meanings of “WBY”

WBY can also mean “Wild Blue Yonder” and “Wait, Because You”

On Twitter, WBY can also refer to “William Butler Yeats”.

*For those of you who don’t know, William Butler Yeats was an Irish poet and is considered a pillar of Irish literature, even to this day.*

Anybody could use WBY, but mainly teenagers and young adults do.

It’s most appropriate (like most texting terms) to use with people you have a casual relationship with, like friends, colleagues you get along with or a boyfriend/girlfriend…

It’s used as a casual or shortened way to ask “What about you?”, so you could use it anytime you’d be asking that question.

What Does WBY Mean? with Texting Examples

It’s pretty self-explanatory, but here are some examples…

Texts between boyfriend/girlfriend, talking about going out for ice cream:

Texts between two friends, talking about a concert:

*For those of you don’t know, a hashtag is an easy way to set up a link to other posts about a popular subject on social media. For example #plasticfreejuly)*

Other Ways to Say/Ask WBY

I know they’re going to sound obvious, but if you’re looking for more appropriate ways to ask WBY (depending on who you’re texting or messaging), here’s some examples:

So, now you know what WBY means, other ways to say/ask it, when to use, some examples and even a bit about hashtags and an important person in Irish literature (William Butler Yeats).

I always enjoy learning something new everyday. Life is a lifelong learning experience. Even if it’s something simple. I feel a tiny bit smarter, WBY? 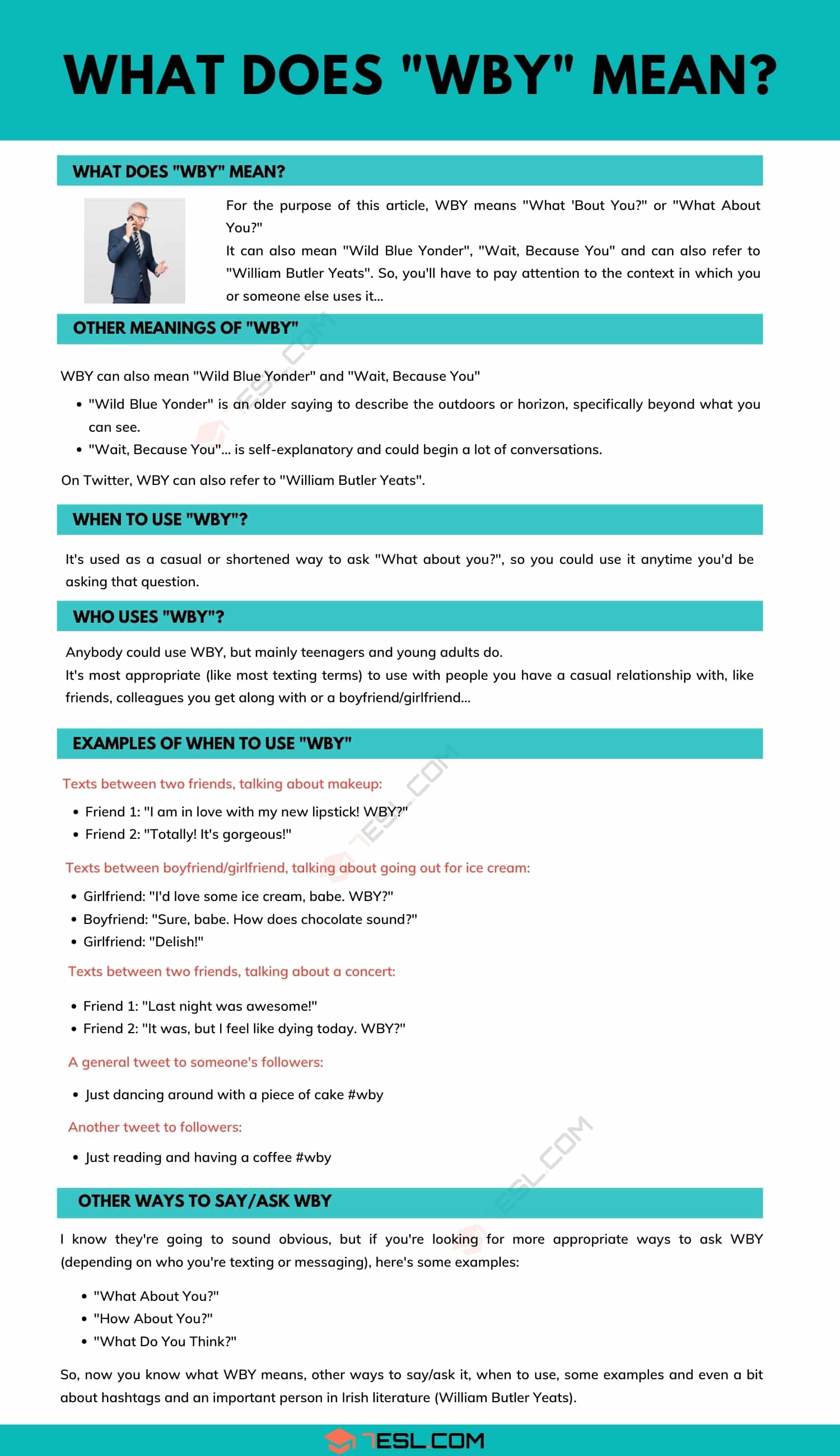