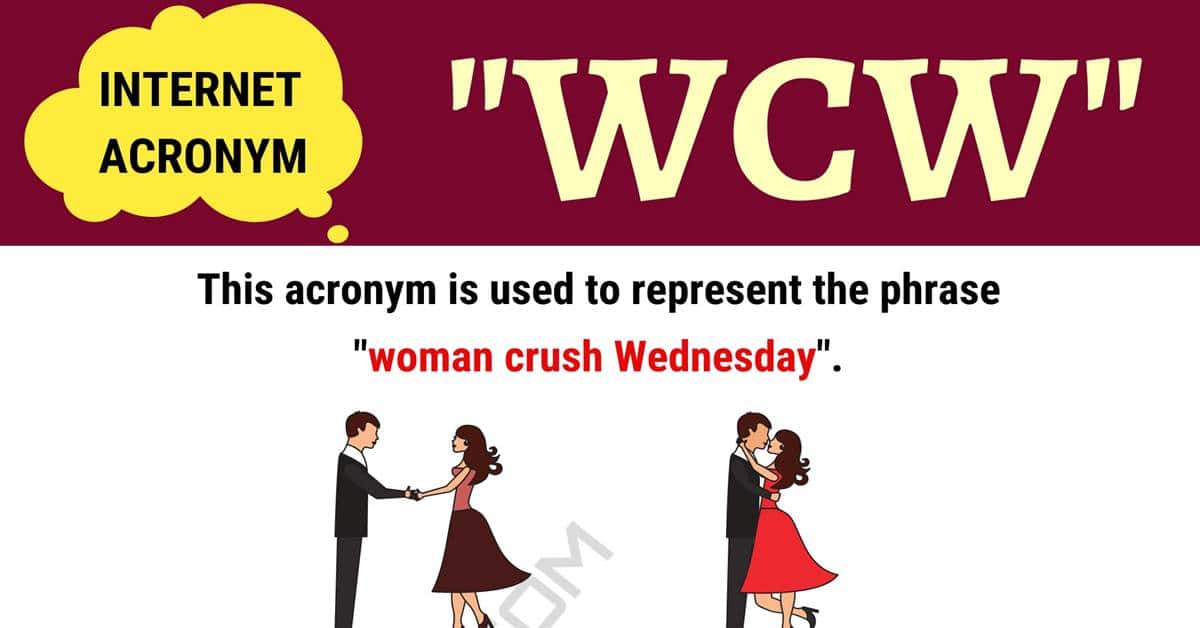 What does WCW mean? In this lesson, you will learn how to use the useful acronym “WCW” with definition and interesting example conversations.

What Does WCW Mean?

This acronym is used to represent the phrase “woman crush Wednesday“. It is the counterpart of MCM, “man crush Monday.” It is the internet phenomenon of posting a picture of the woman in your life that you have a crush on or admire in some way.

This popular trend began on Twitter in September 2010 when a user posted a picture and hashtagged it #WCW, The practice caught on and became popular in response to “man crush Monday.” Users began using the hashtag not only on Twitter, but also on Facebook, Instagram, and Tumblr. Today the hashtag remains popular and is used by everyone, including women who post pictures of women that they admire or respect in their lives.

Like most acronyms, there are other phrases, titles, etc. that this acronym can represent as well in more specific scenarios. Some other examples of what this acronym can represent are “World Championship Wrestling,” “West Coast Wellness,” “Wonderful Crush Wednesday,” “World Commission on Water,” and “West Coast Watchers.” These are just a few examples and there are many others that can be found as well.

Since this acronym represents the official name of a “holiday” of sorts, you can’t use a synonym to represent it because it would change the meaning. 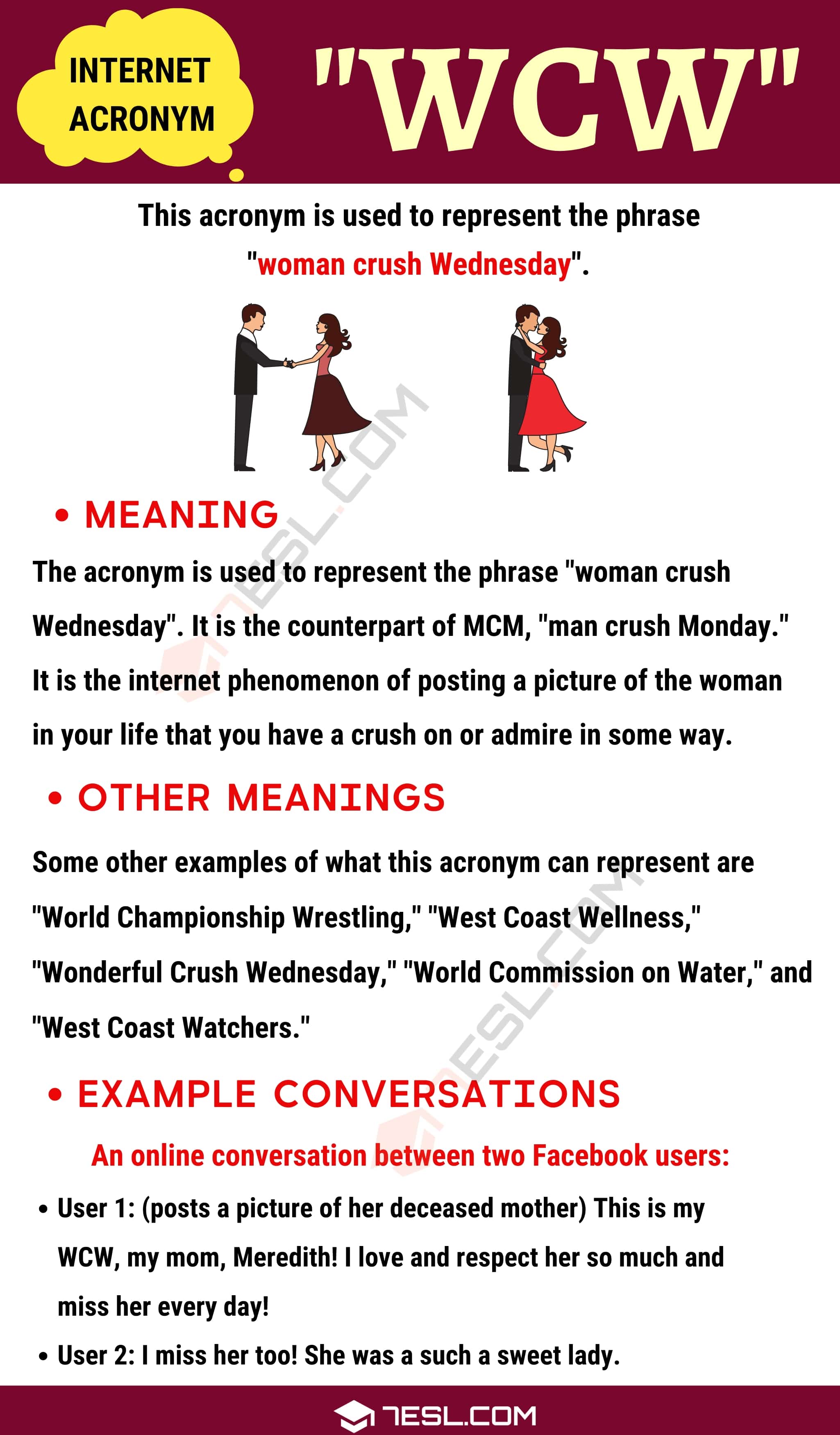