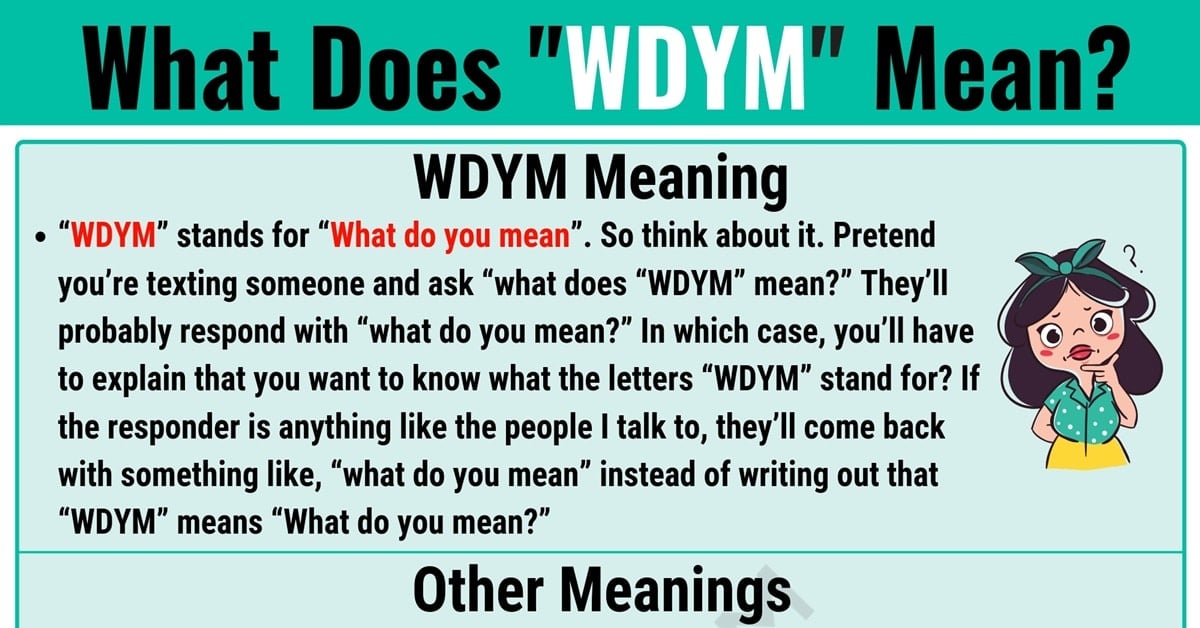 What does WDYM mean? What does this internet slang term stand for? Learn the meaning and how to use this text abbreviation with useful conversation examples and ESL infographic.

What Does WDYM Mean?

A favorite pastime for many internet users is to read other people’s hilarious conversations. There’s often a typo that makes it amusing. But other times, you get to amuse yourself with a conversation where one person just can’t understand what the other one is saying, such as when asking what an acronym means.

A common example is “idk”, which stands for “I don’t know.” But if you ask someone what does “IDK” stand for, you could end up talking in circles for quite a bit if they simply respond with “I don’t know”. Because then, you’ll assume they’re saying they don’t know what word means, instead of answering your question. “WDYM” is another hilarious example.

“WDYM” stands for “What do you mean”.

So think about it. Pretend you’re texting someone and ask “what does “WDYM” mean?” They’ll probably respond with “what do you mean?” In which case, you’ll have to explain that you want to know what the letters “WDYM” stand for? If the responder is anything like the people I talk to, they’ll come back with something like, “what do you mean” instead of writing out that “WDYM” means “What do you mean?”

“WDYM” has very few other meanings. If someone texts you “wdym”, then it means they are unsure what you’re talking about. Or it could be their way of asking what’s going on if you’re dealing with a situation and you just say something like “fml”.

To make it easier for you to understand, allow us to give you a demonstration.

In this example, Libby is clearly upset about something. Libby realizes that it’s most likely a hoax so she laughs but she also asks “WDYM” and includes this time, showing that it’s a routine or common thing. All parents have experience being aggravated when their kids are out of school. Including poor stressed Libby. 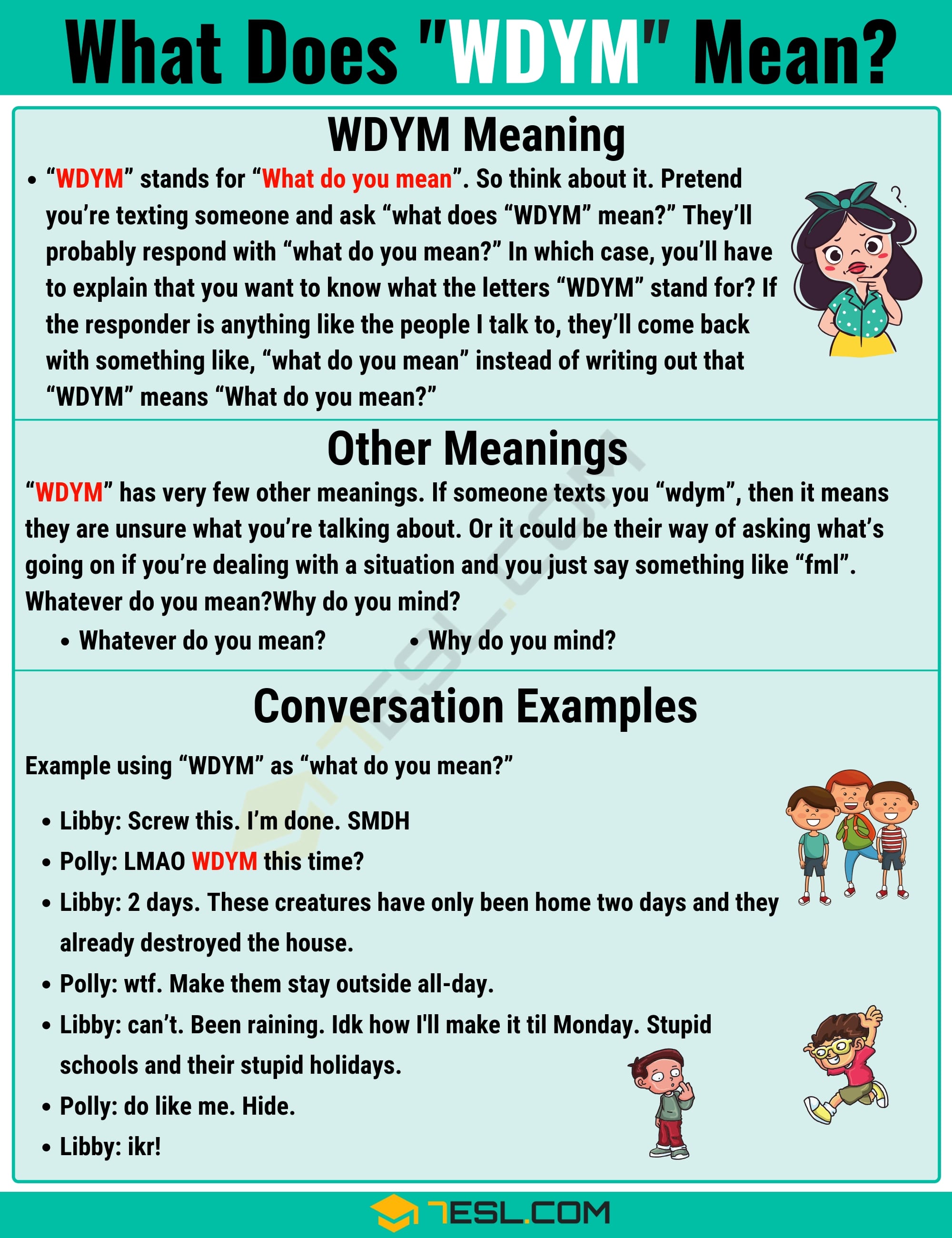