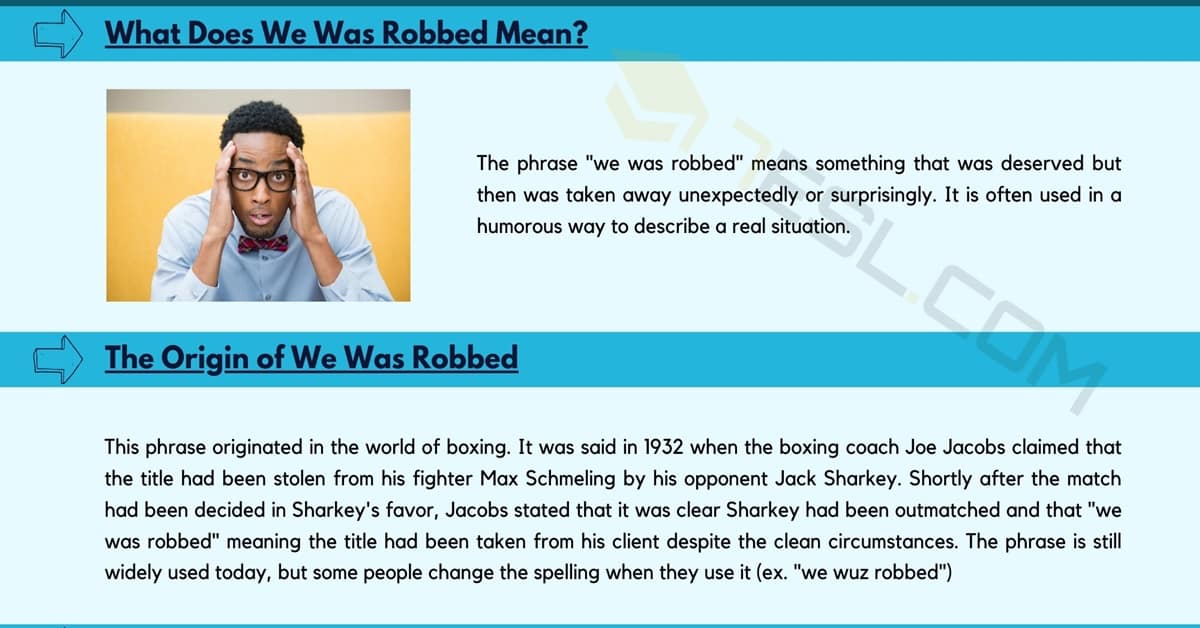 The idiomatic phrase “we was robbed” is not one you will see a lot in writing, but you may hear it a lot in informal conversation. Here you will find the meaning of this phrase and the information available on its origin. You will also find examples of how to use this phrase properly in everyday conversations/statements and you will find suggestions for alternative ways to say the phrase while still conveying the same meaning.

We Was Robbed Meaning

What Does “We Was Robbed” Mean?

The phrase “we was robbed” means something that was deserved but then was taken away unexpectedly or surprisingly. It is often used in a humorous way to describe a real situation.

Origin of We Was Robbed

This phrase originated in the world of boxing. It was said in 1932 when the boxing coach Joe Jacobs claimed that the title had been stolen from his fighter Max Schmeling by his opponent Jack Sharkey. Shortly after the match had been decided in Sharkey’s favor, Jacobs stated that it was clear Sharkey had been outmatched and that “we was robbed” meaning the title had been taken from his client despite the clean circumstances. The phrase is still widely used today, but some people change the spelling when they use it (ex. “we wuz robbed”)

Examples of We Was Robbed

A statement made by a high school football quarterback.

A statement made by an internet user in a comment to a post after the election was over.

A conversation in the locker room between two hockey players after the game.

A conversation between two students discussing their class reward.

Other Ways to Say “We Was Robbed”

Like all idiomatic phrases, there are alternative ways to say “we was robbed” while still conveying the same meaning. Other things you might say include:

We Was Robbed Meaning | Image 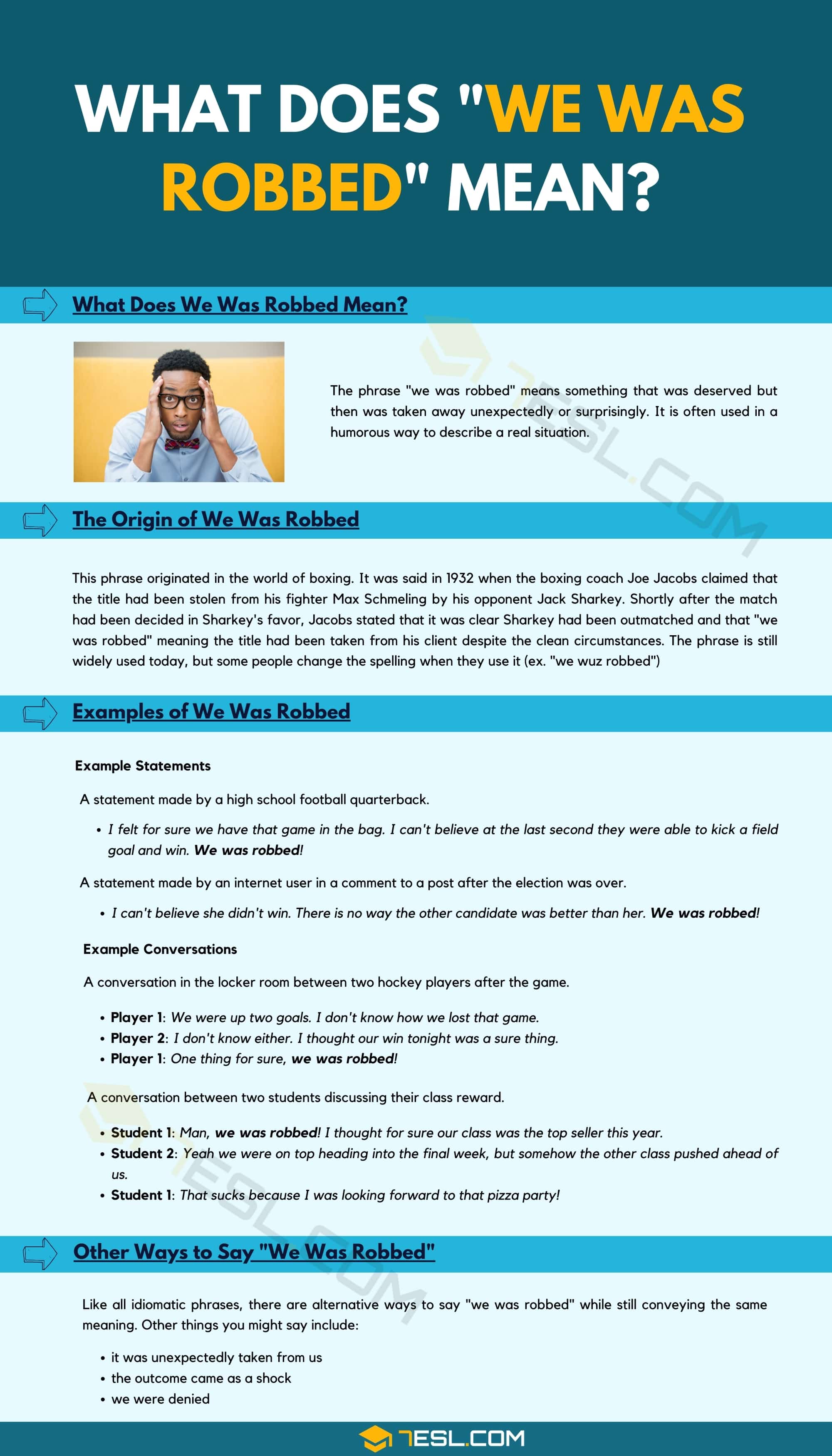