The slang phrase “we wuz kangz” is not as widely used on the internet as some other phrases are. However, if you ended up here, then odds are you’ve heard or seen the phrase and were wondering about it.

Here you will find the meaning of the phrase, information about its origin, and some other meanings if any exist. You will also find some example conversations and alternative ways of saying the phrase in conversation.

What Does We Wuz Kangz Mean?

The slang phrase “we wuz kangz” stands for the phrase “we was kings.” It is used as a type of racial slur against African Americans of sub-Saharan descent. Afrocentrists believe that African American culture came from Egyptians and the pharaohs who were considered the royalty of Egypt long ago.

Origin of We Wuz Kangz

As mentioned above, the origin of this term came from Afrocentrist claiming they were kings and queens at one point in time. The term is derived from African Americans saying this, but spelled phonetically in this matter to make fun of this rational and became a racial slur against this group of African Americans. It became popular when used in memes during the 2010s.

There are currently no other known meanings of the phrase “we wuz kangz.”

A text discussion between mother and son.

Alternatives to “We Wuz Kangz”

There aren’t many alternative ways to say this phrase and still have it mean the same thing. There are, however, other ways to spell the phrase including: 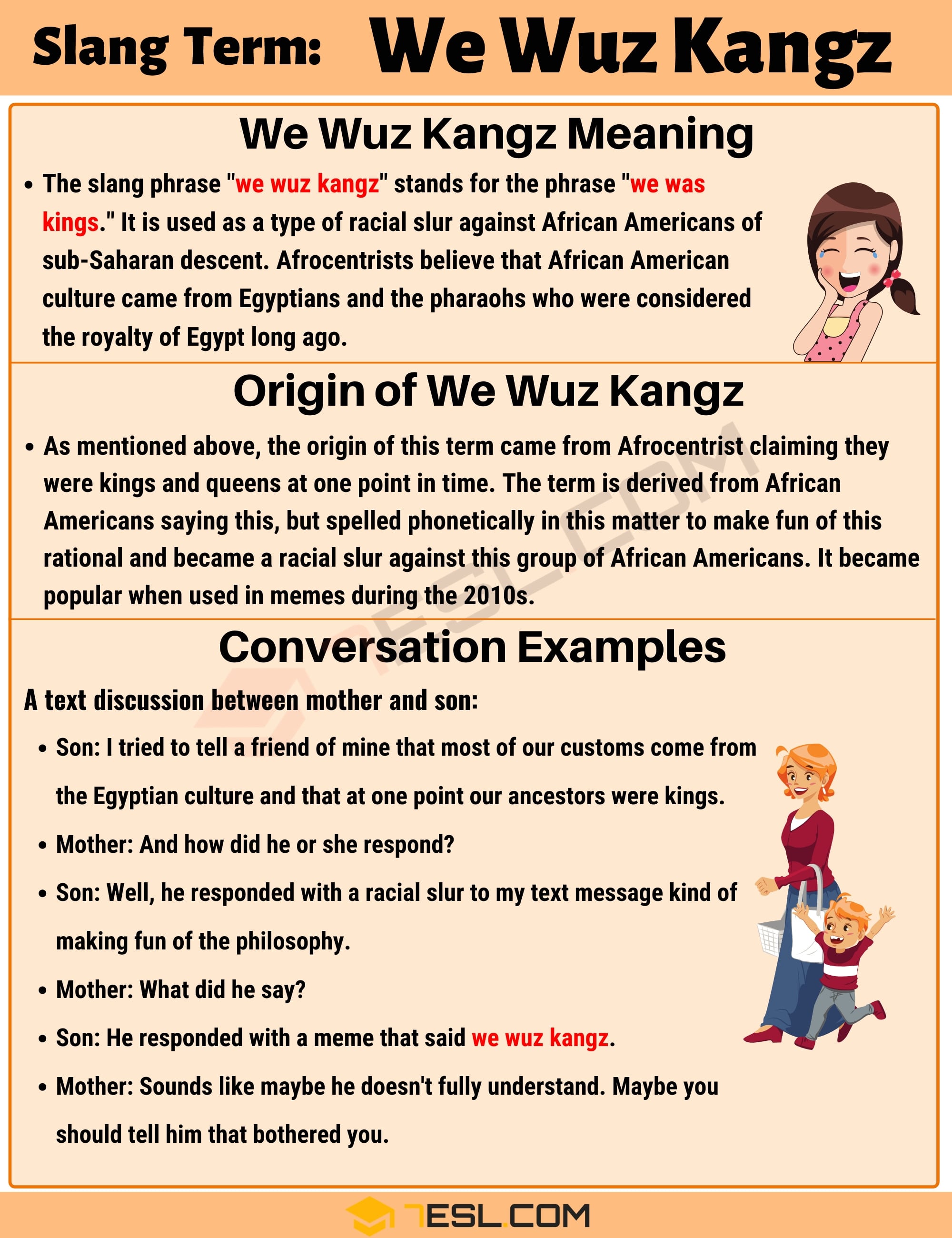