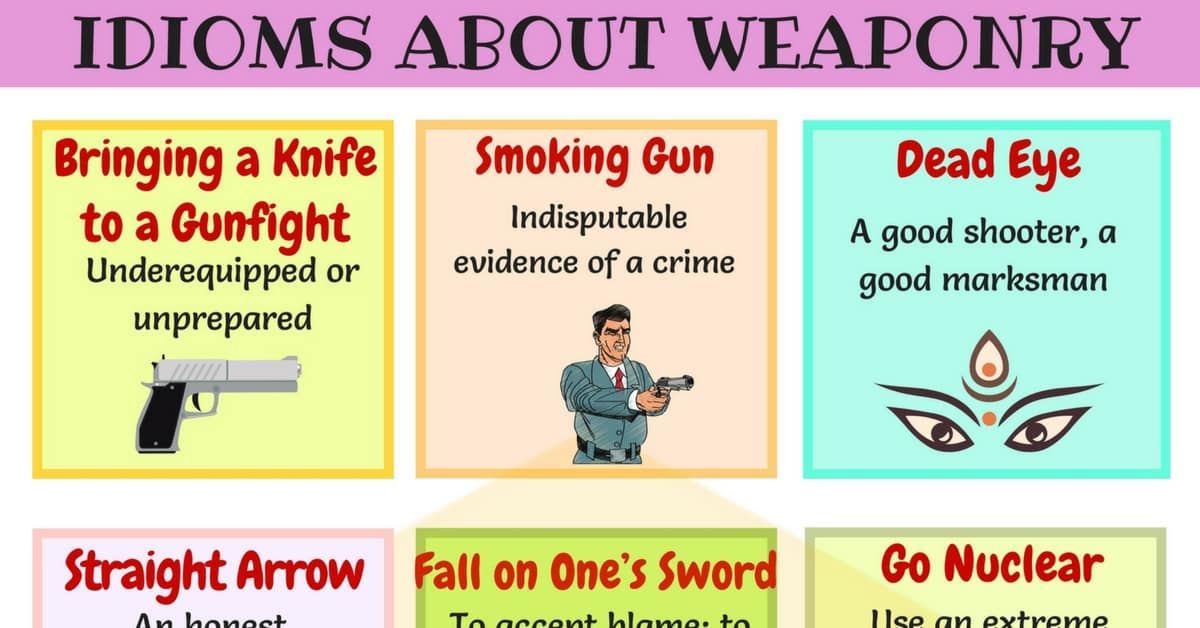 Weapons Idioms with Meaning and Examples

Bringing a Knife to a Gunfight

Note: This expression is of biblical origin.

In the Crosshairs (Cross Hairs)

Shoot from the Hip

Note: This idiom often has a unique mixture of negative and positive, as in the example.

Shoot Oneself In The Foot

Son of a Gun

Note: This often has an affectionate or admiring flavor, as in the example. It may also be used disparagingly, as a euphemism for “son of a bitch.”

Note: This idiom comes from an ancient Greek tale about a sword suspended by a single hair. It’s often used with the phrase “hanging over.”

Twist the Knife (in Deeper) 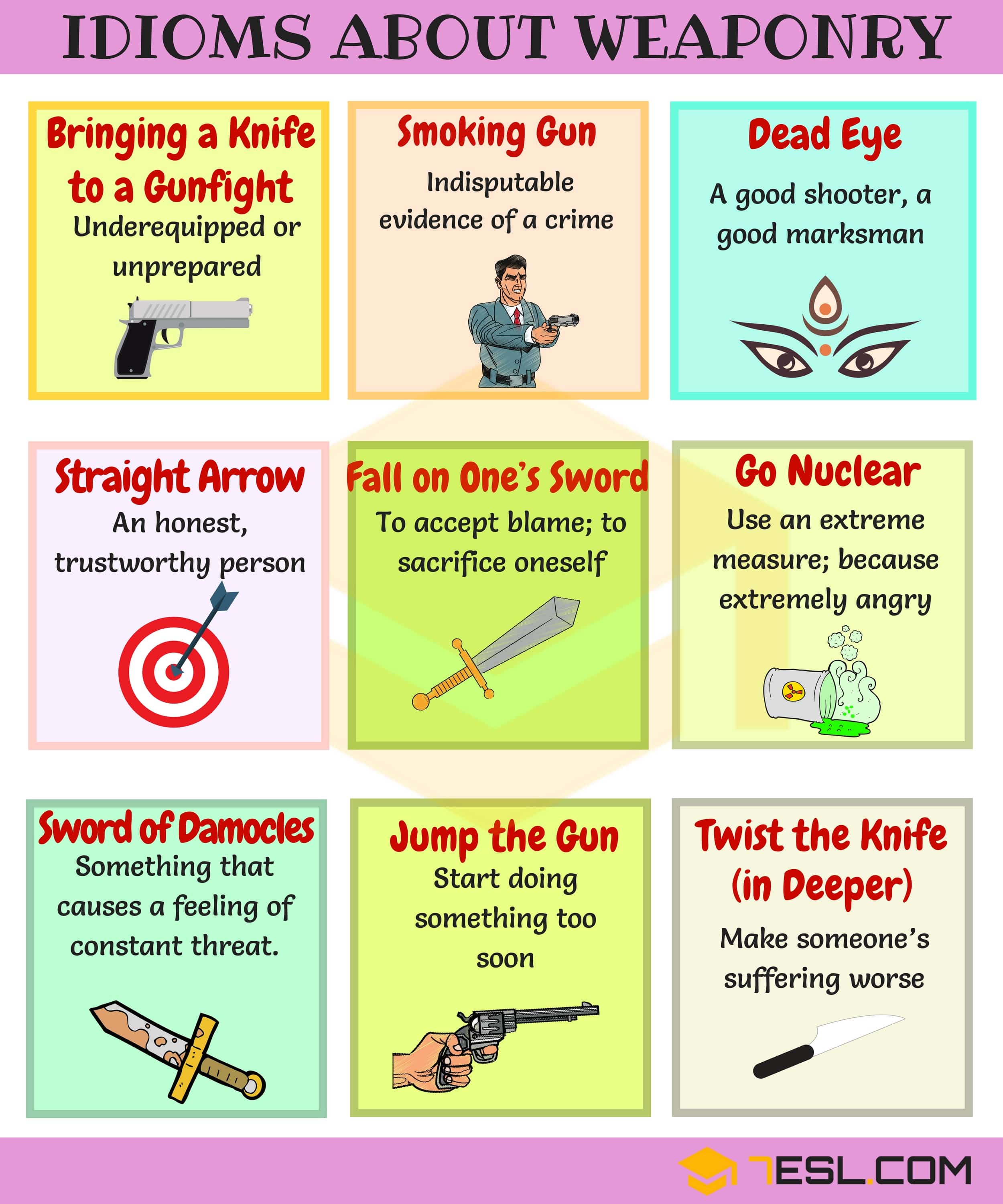