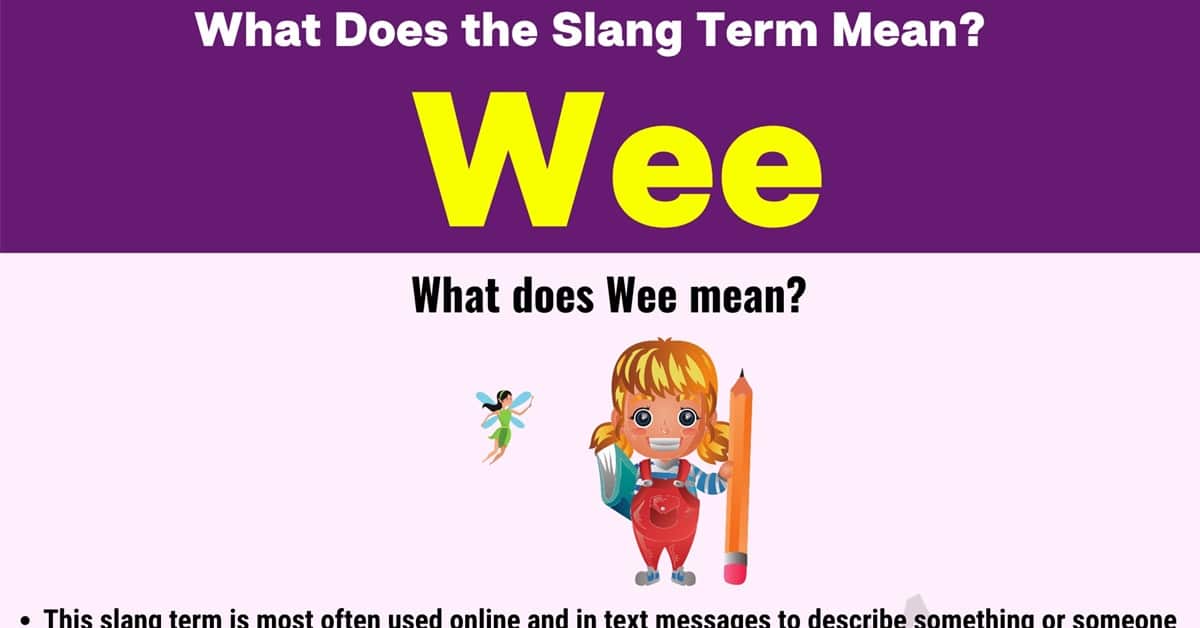 What does “wee” mean? Chances are that you are here because you have just heard the slang term “wee” used for the first time and you don’t know what it means. It is also likely that you will hear this term again at some point because it is a term that is frequently used in many contexts. Here you will find the meaning of this term, details of its origin, and some other meanings to that the next time you come across this term you will be familiar with it.

You will also see some conversation examples so you can see how the term is used properly in context and to help you further understand its meaning. Finally, you will discover some words with similar meanings that you can use in place of this term without changing its meaning.

What Does “Wee” Mean?

This slang term is most often used online and in text messages to describe something or someone who is small or tiny in stature.

The term is said to have first been used in the 15th-century to be a descriptive word meaning something extremely small. It was derived from Old English and is most used in the country of Ireland and Scotland.

A conversation via text message between father and son. 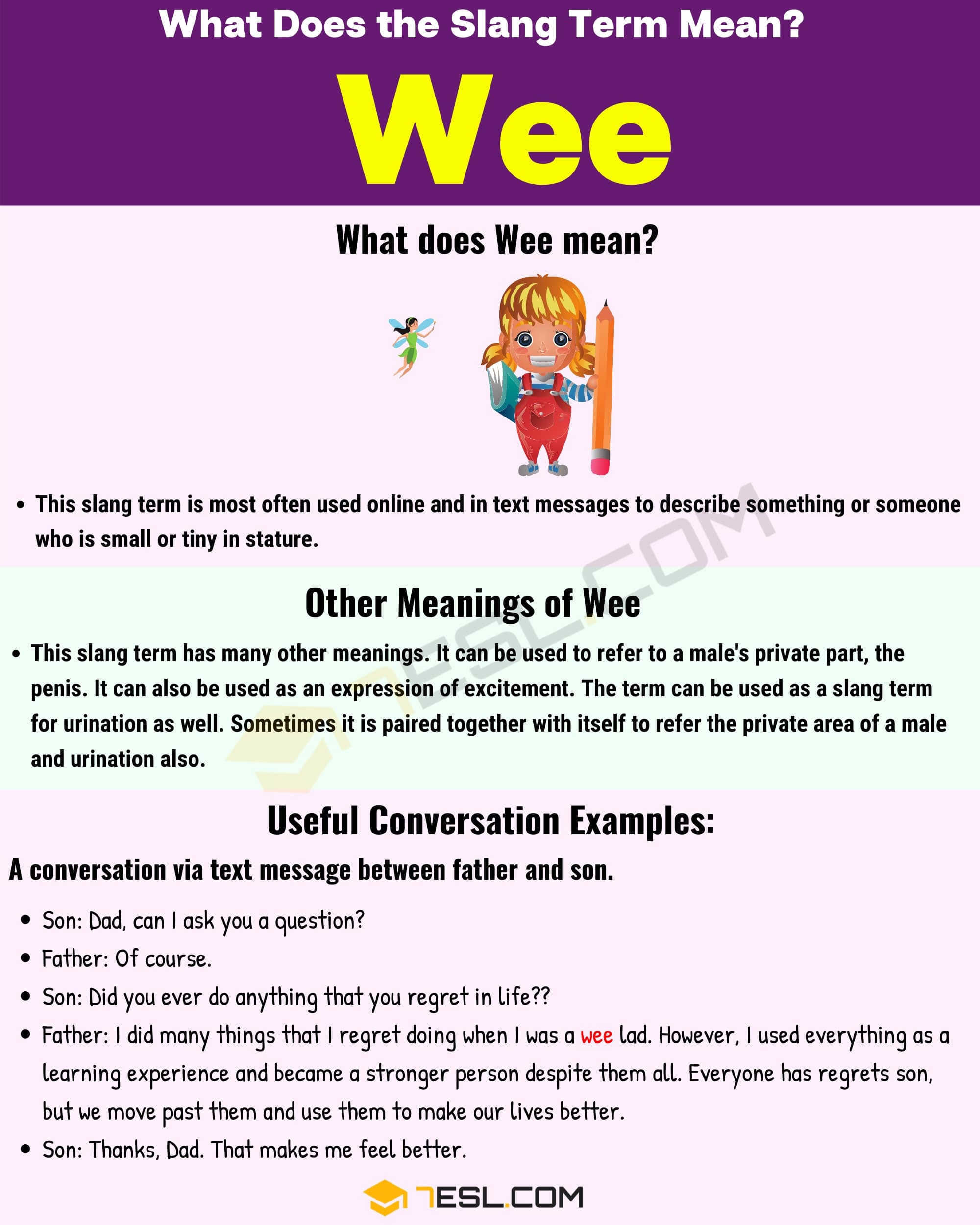