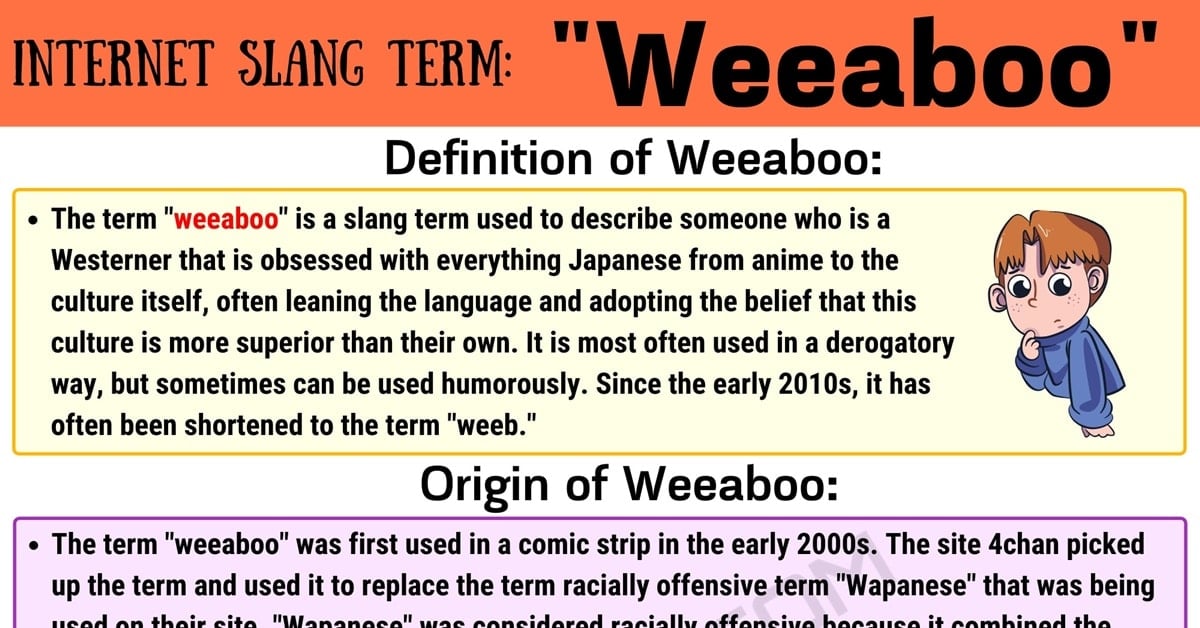 The slang term “weeaboo” is used on the internet most notably for derogatory purposes. It should be used sparingly, if at all. Odds are you have ended up on this page because you have seen or heard this term being used and it left you wondering what it meant. You have come to the right spot.

Here you will not only find the meaning of this slang term, but you will also find information about its origin, some other possible meanings if there are any, some example conversations showing how the term is correctly used, and some alternative words or phrases that you can use in place of the term “weeaboo” during conversation.

What Does Weeaboo Mean?

The term “weeaboo” is a slang term used to describe someone who is a Westerner that is obsessed with everything Japanese from anime to the culture itself, often leaning the language and adopting the belief that this culture is more superior than their own. It is most often used in a derogatory way, but sometimes can be used humorously. Since the early 2010s, it has often been shortened to the term “weeb.”

The term “weeaboo” was first used in a comic strip in the early 2000s. The site 4chan picked up the term and used it to replace the term racially offensive term “Wapanese” that was being used on their site. “Wapanese” was considered racially offensive because it combined the words “white” and “Japanese” to pinpoint a particular group of people and single them out.

The site applied a filter and eliminated all occurrences of this term by replacing it with the term “weeaboo.” In 2005, this term replaced the term “Wapanese” totally and began to be used on all forms of social media.

There are currently no other known meanings of the slang term “weeaboo.” 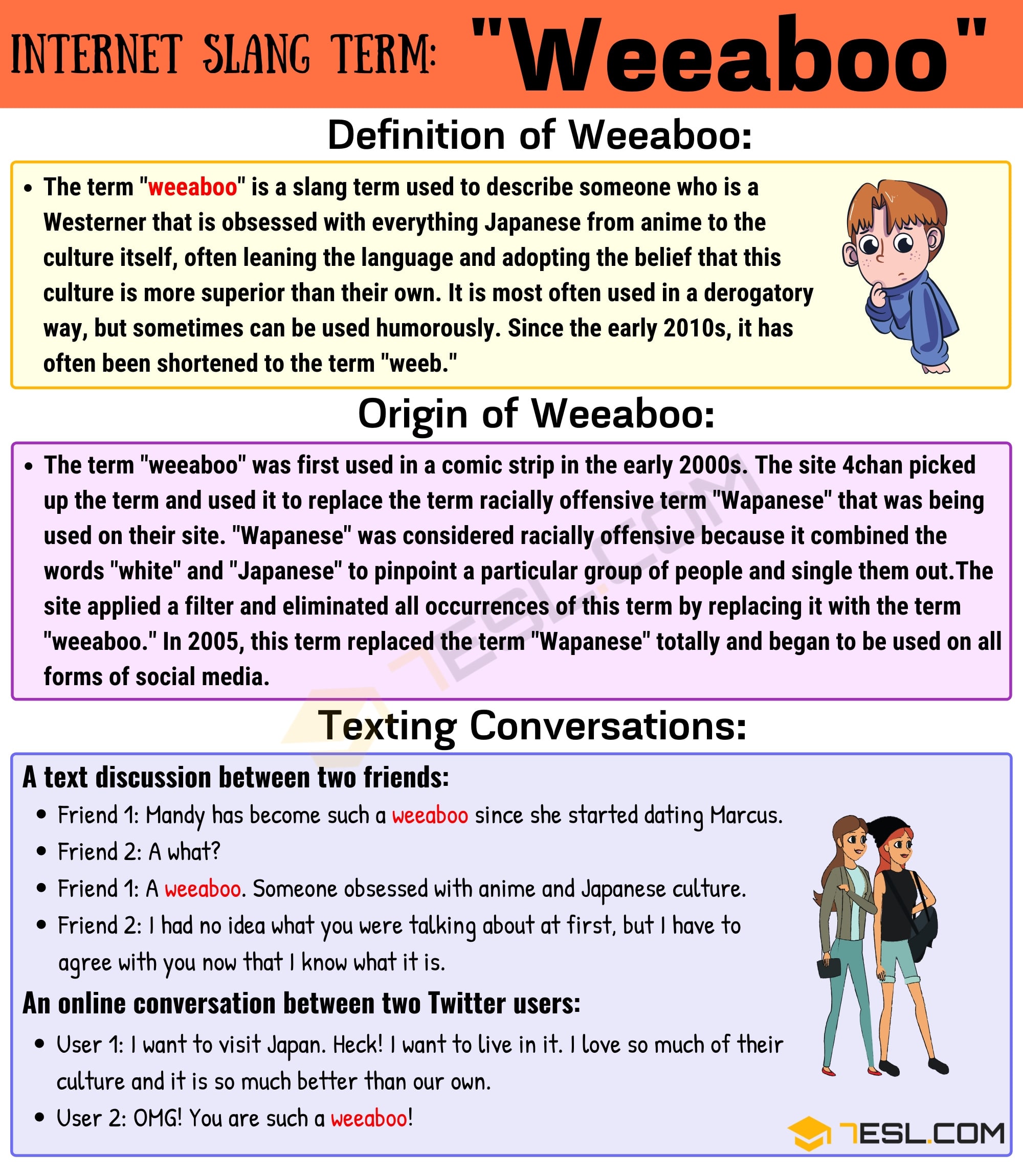