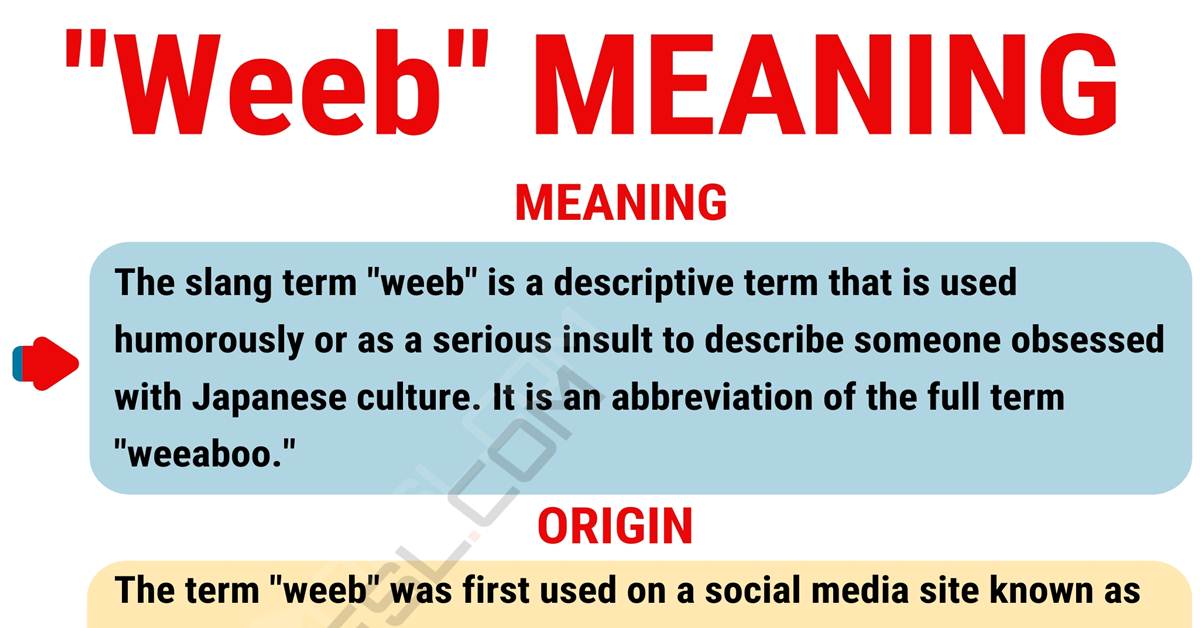 You will not hear or see the term “weeb” used as much on the internet or in-text unless you know certain types of people who like a specific type of thing. If you have happened along with this term, wondered what it meant, and it led you here, then you are in luck. On this page you will find the meaning of this term, information about its origin, some alternative meanings if there are any, some example conversations showing the term used properly, and some alternative words or phrases that are synonymous with this term and can be used interchangeably.

What Does Weeb Mean?

The slang term “weeb” is a descriptive term that is used humorously or as a serious insult to describe someone obsessed with Japanese culture. It is an abbreviation of the full term “weeaboo.”

The term “weeb” was first used on a social media site known as 4chan. It was first recorded being used on Twitter in 2010 and on other sites in 2011 and 2012. A search of Google reveals that the term was first used in 2011. It is most often used on social media and other sites as a derogatory term to describe a person who is obsessed with anime or manga and the Japanese culture, so much so that they believe the Japanese culture is superior in many ways to their own.

A search of the term “weeb” will reveal that there are many other meanings of the term “weeb.” However, there are too many to list them all here. Some of the other meanings include a slang term for “dick,” a stupid or weird person, an alternative term for the word wig, a creature that is sub-human, a person that no one likes, or the name given to the penis of a monkey or any other type of primate. 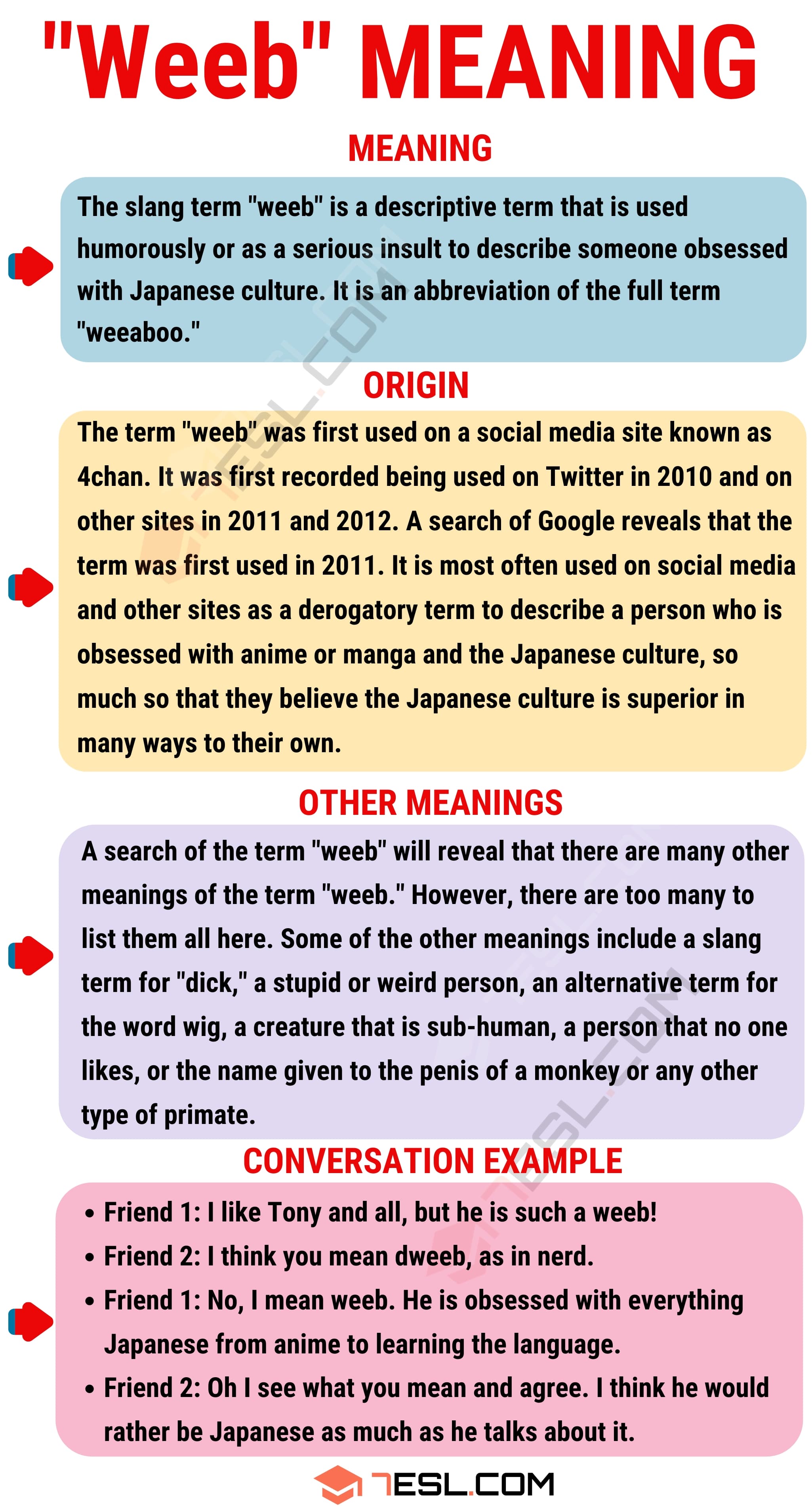