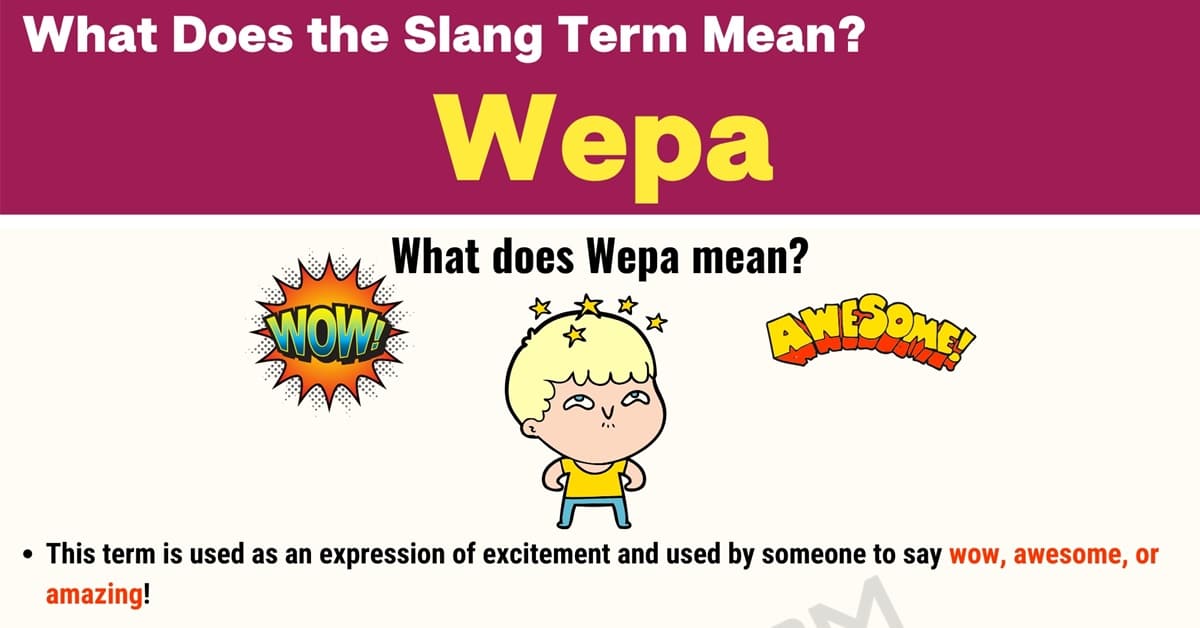 The slang term “wepa” may sound odd to some people, but to others, it is a popular part of culture and tradition. Chances are you have heard or seen this phrase used many times. However, if you are just encountering it for the first time and wondering what it means, then you have come to the right page. Here you will find the meaning of this term, information about its origin, and some optional meanings if there are any.

You will also see some example conversations highlighting this word in its proper usage to aid you in gaining a deeper understanding of it. Finally, you will discover some words or phrases that are synonymous with this word and can, therefore, be used interchangeably to relay the same meaning and message.

What Does “Wepa” Mean?

This term is used as an expression of excitement and used by someone to say wow, awesome, or amazing!

The origin of this term came from Latin America. In 1974, the term was used widely in Puerto Rico after a song by Alfonso Velez titled this term repeated three times over gained popularity. The song not only became popular in Puerto Rico, but its fame trickled throughout Latin America countries and the Caribbean. Popularity for this term dwindled after a while until 2009 when it resurfaced on the internet in place of hump day.

Throughout the Latin American community, the claim was made it was #WepaWednesday instead, giving those of Latin American descent a chance to show joy instead of regret for it only being the middle of the workweek and as a way to show their cultural pride. Since 2009, songs by Gloria Esteban in 2011 and PitBull in 2015 have kept the term in popular usage still today.

In 2017, U.S. Representatives named a new bill after this term and used it as an acronym to represent the title of the bill, “Waiver of Emergency Payments Act.” The act was used to help the people of the island of Puerto Rico after being ravaged by hurricanes Irma and Maria and was used as a way to raise the spirits of and give hope to the people due to the term’s popularity and definition.

An online conversation between two game players on a gaming forum.

There are several synonyms that you could use to replace this term in conversation and maintain the same meaning. Some of the alternative words you could choose to use include: 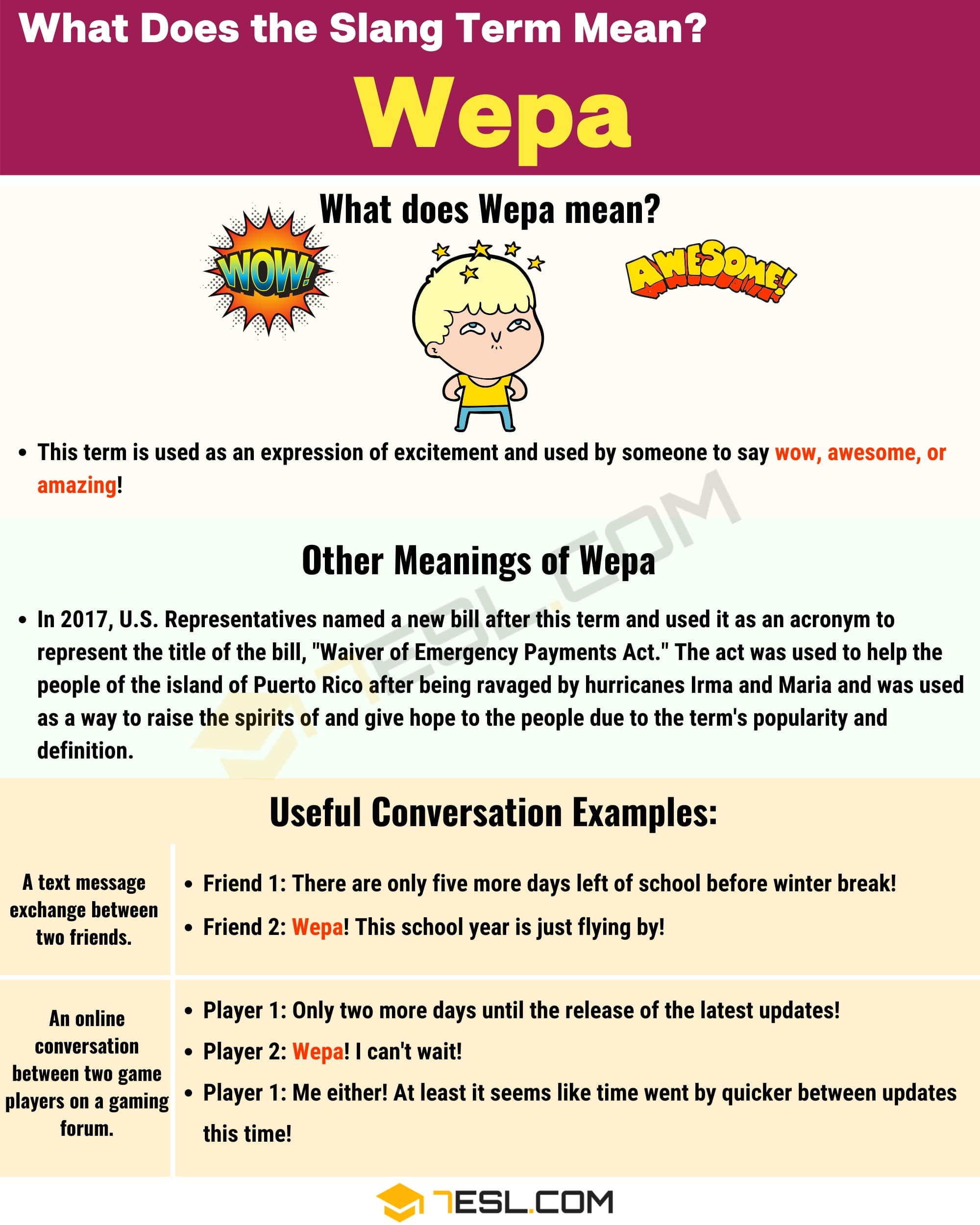