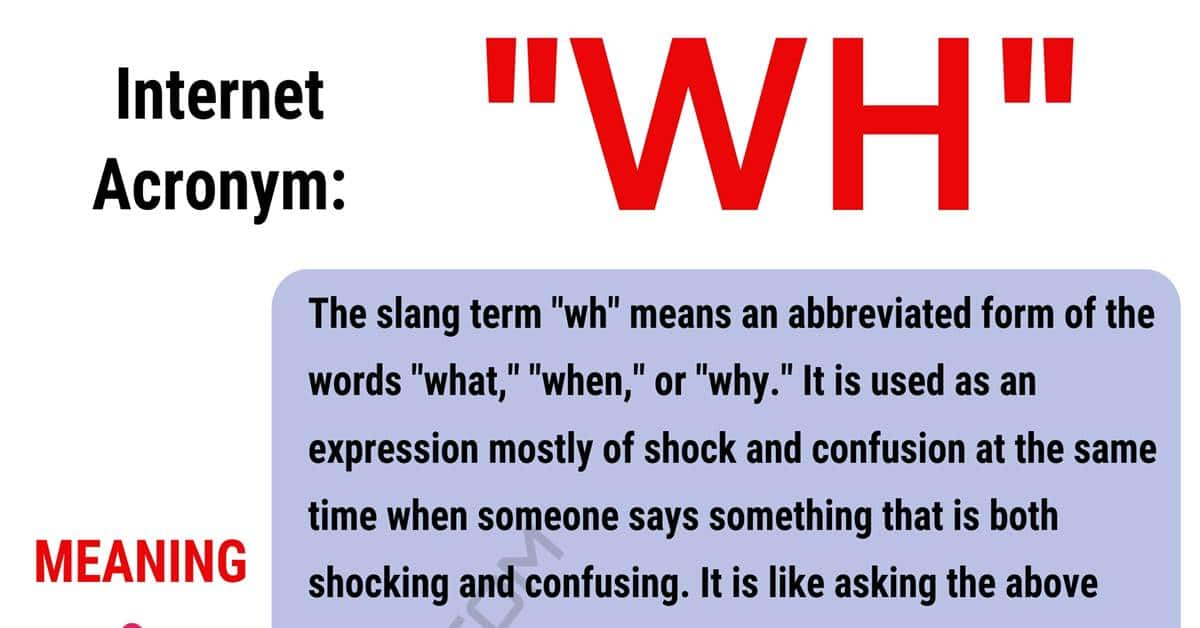 The slang term “wh” may be a term you are familiar with if you have friends who always seem to be in a constant state of confusion. If not and you have seen this term being used, then you have come to the right place if you are wondering what it means. Here you will not only find the meaning of this acronym, but you will also find information about its origin, optional meanings if there are any, and some example conversations illustrating how to use this phrase correctly when conversing with other people. Lastly, you will discover some alternative words or phrases that you can use in place of this acronym during a conversation to state the same meaning.

What Does WH Mean?

The slang term “wh” means an abbreviated form of the words “what,” “when,” or “why.” It is used as an expression mostly of shock and confusion at the same time when someone says something that is both shocking and confusing. It is like asking the above questions, but being so surprised or bewildered that you can only make the first sound of the “wh” in any of the words. Which exactly is being asked needs to be determined by the context of the information that precedes the response.

Although there is no specific origin information available about when this term began being used in this form, the sound “wh” make when they are put together has been in existence since the 1400s.

A text conversation between a father and son.

There are several alternative words that you could use to express the thought behind just making the “wh” sound, even if you are shocked. The shock and confusion can be displayed using punctuation as in the following examples: 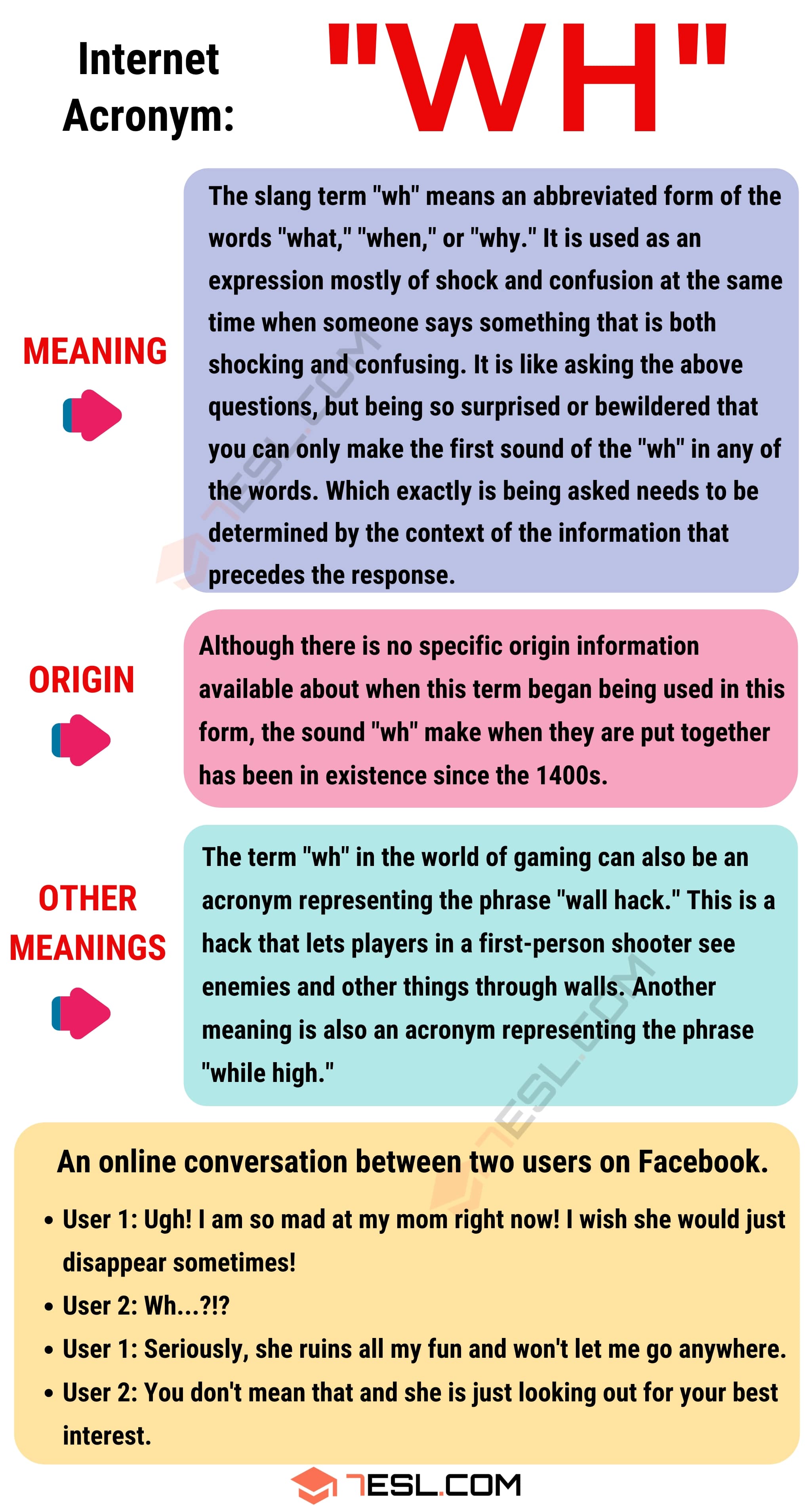