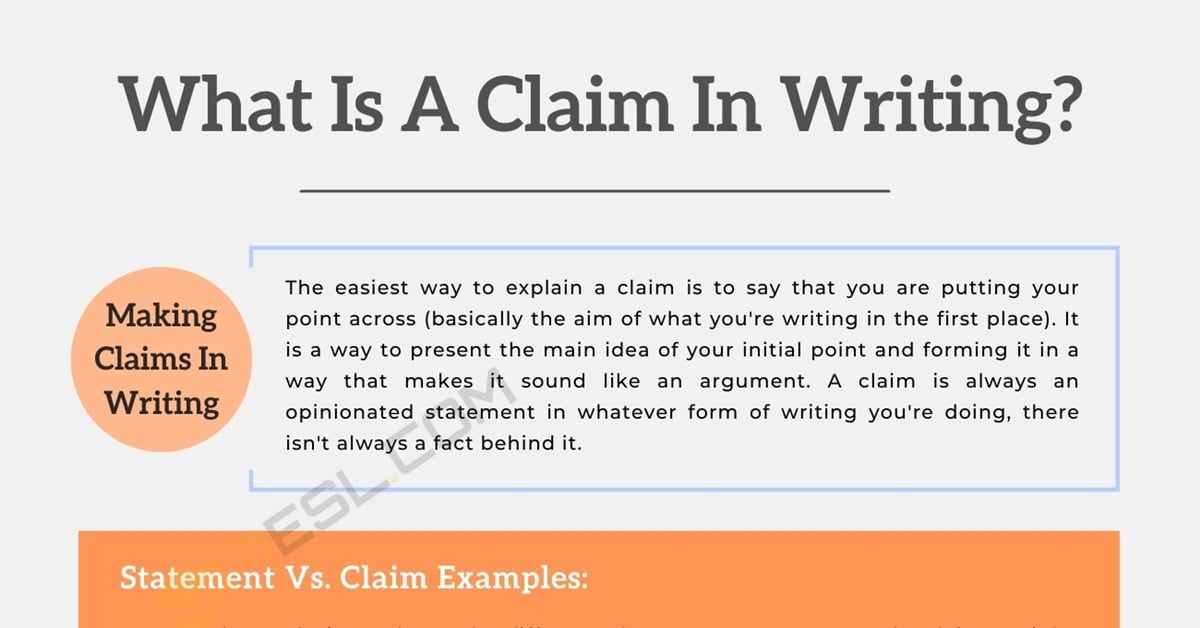 What is a claim in writing? When it comes to writing, you might have heard the word claim bouncing around. Sometimes you’ll hear it being said next to evidence or statement and you might be a little unsure as to what the differences are between them. Don’t worry, they’re easy to wrap your head around with a little guidance and we’ll talk you through it to help you figure it out.

What Is A Claim In Writing?

The easiest way to explain a claim is to say that you are putting your point across (basically the aim of what you’re writing in the first place). It is a way to present the main idea of your initial point and forming it in a way that makes it sound like an argument. A claim is always an opinionated statement in whatever form of writing you’re doing, there isn’t always a fact behind it.

It can be confusing to know the difference between a statement and a claim straight away without a bit of aid. We’ve included an example of each to hopefully help you through it.

Statement: “The price of gold has gone up lately.” This is a statement because you’re stating a fact about the gold price.

Claim: “The price of gold will increase once the economy bounces back.” This is a claim because it’s based on an opinion (even if it’s a well-educated opinion). There can be no real way of knowing this claim is true until it happens.

Types of Writing that Use Claims

It helps when you’re asking the question of what is a claim in writing to know what types of writing actually need to use claims at all. More often than not you’ll find most claims are used in academic writing and usually always when a point is needed to be put across by the writer for the sake of the reader.

Types of writing that might use claims include essays set with a specific goal or thesis in mind, dissertations that set out to prove something, or scientific papers that require a good claim to be built up from. More often than not, you’ll find that most assignments set at schools and colleges will need some kind of a claim to be made very early on for them to be graded acceptably.

What Is Evidence in Writing?

Evidence is another type of statement that is fairly similar to what we’ve already talked about but is a lot more rooted in fact. Whereas a claim is very opinion-based and a statement just says something is the case, evidence is used to actually prove that a statement (or a claim is true). Evidence requires some research to do it successfully, as you’ll often need to source the facts from a site to prove that they are correct.

It is easy enough to turn a claim into evidence if you have the right information to back it up. Say you take the statement about gold price earlier and change it to this:

“The price of gold has increased by $30 in the last 7 days, according to this website.” If you quote the website and the exact figures, you are now supporting your original statement with evidence, which turns it into a more factual statement.

What Is A Claim In Writing | Image

What Is A Claim In Writing with Picture 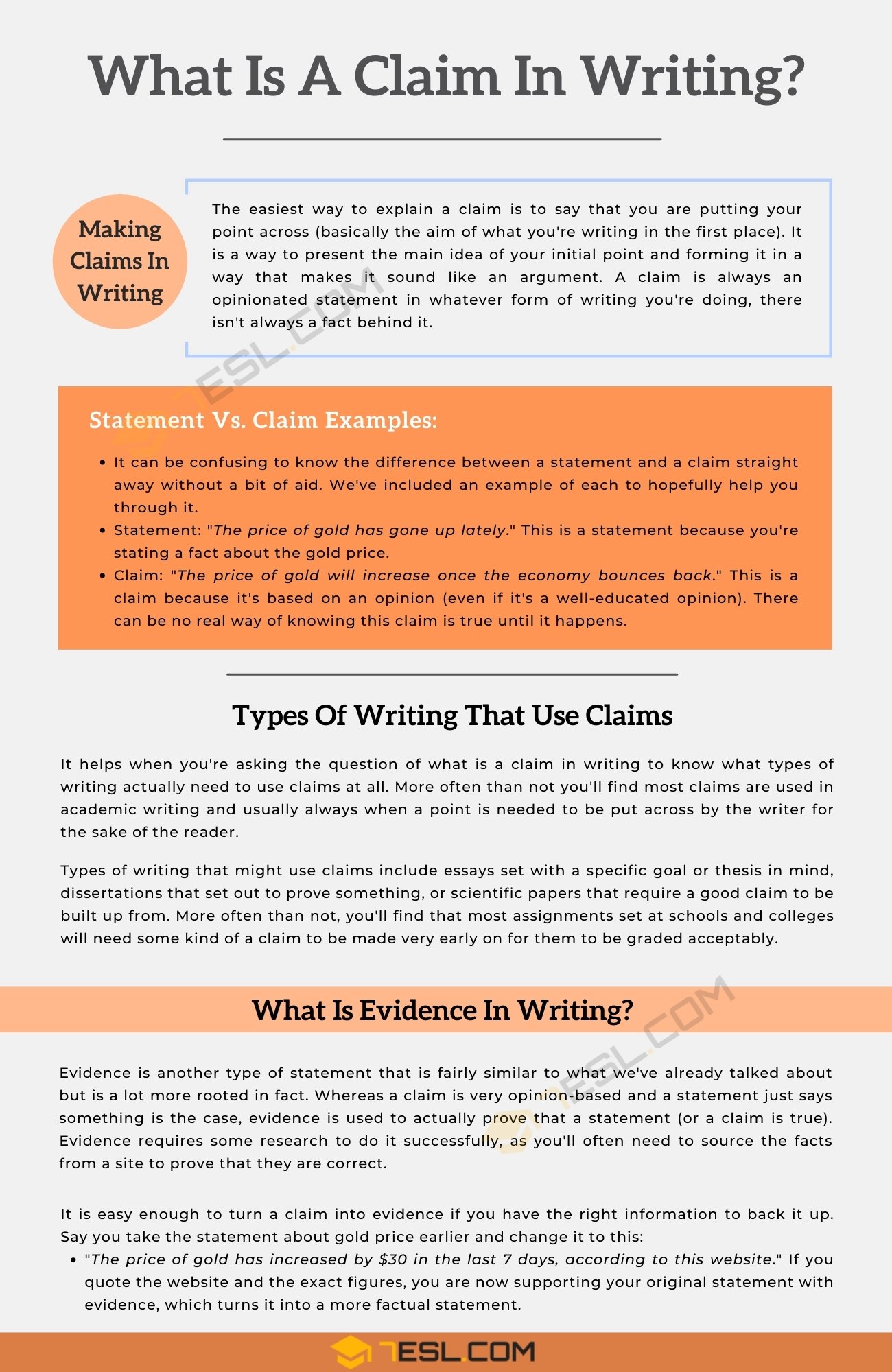