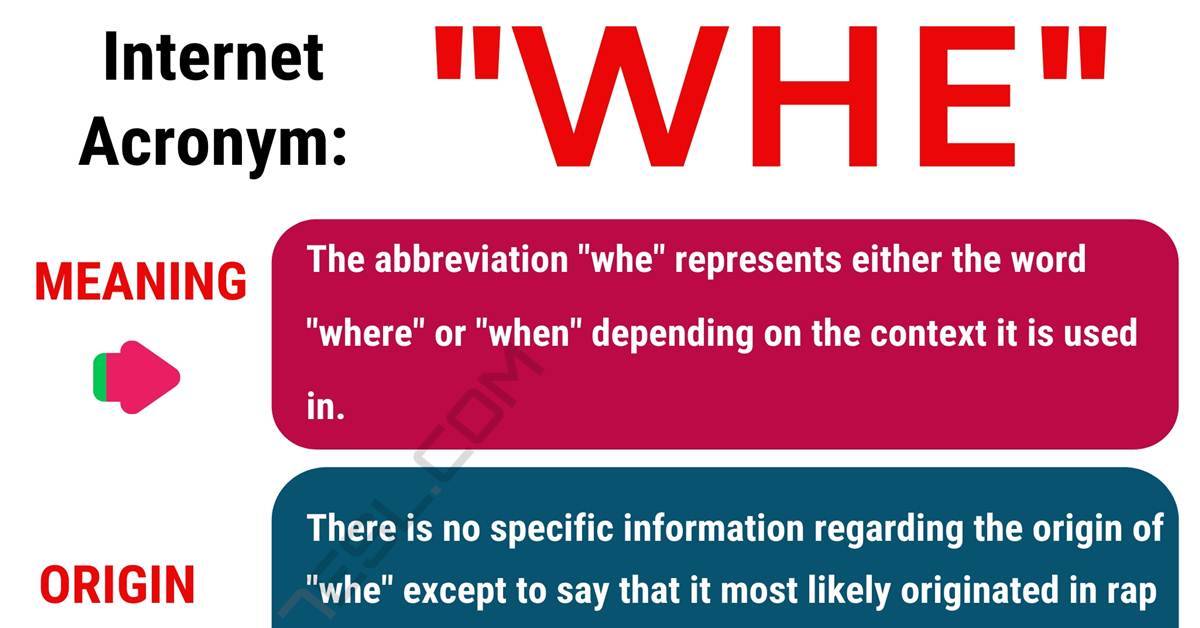 You may have encountered the abbreviation “whe” and were left wondering what exactly does this word mean. Here you will find the meaning of this term and discover information regarding its origin if that information is available. You will also see some other meanings of the term if any exist and see the term used correctly in some example conversations to help you further understand the term in context. Lastly, you will see some words and phrases that you could use in place of the term “whe” to convey the same meaning.

What Does Whe Mean?

The abbreviation “whe” represents either the word “where” or “when” depending on the context it is used in.

There is no specific information regarding the origin of “whe” except to say that it most likely originated in rap music as a shortened form of the two words “where” or “when” to help performers save time and stay on beat.

The abbreviation “whe” has no other meanings. However, “WHE” is used as an acronym for many companies and organizations such as “Weapons Handling Equipment,” “Waste Heat Engine,” “World Housing Encyclopedia,” “Western Hog Exchange,” and “Welsh Health Estate.” These are just a small handful of things the acronym “WHE” can represent.

What Does “Whe” Stand for | Infographic 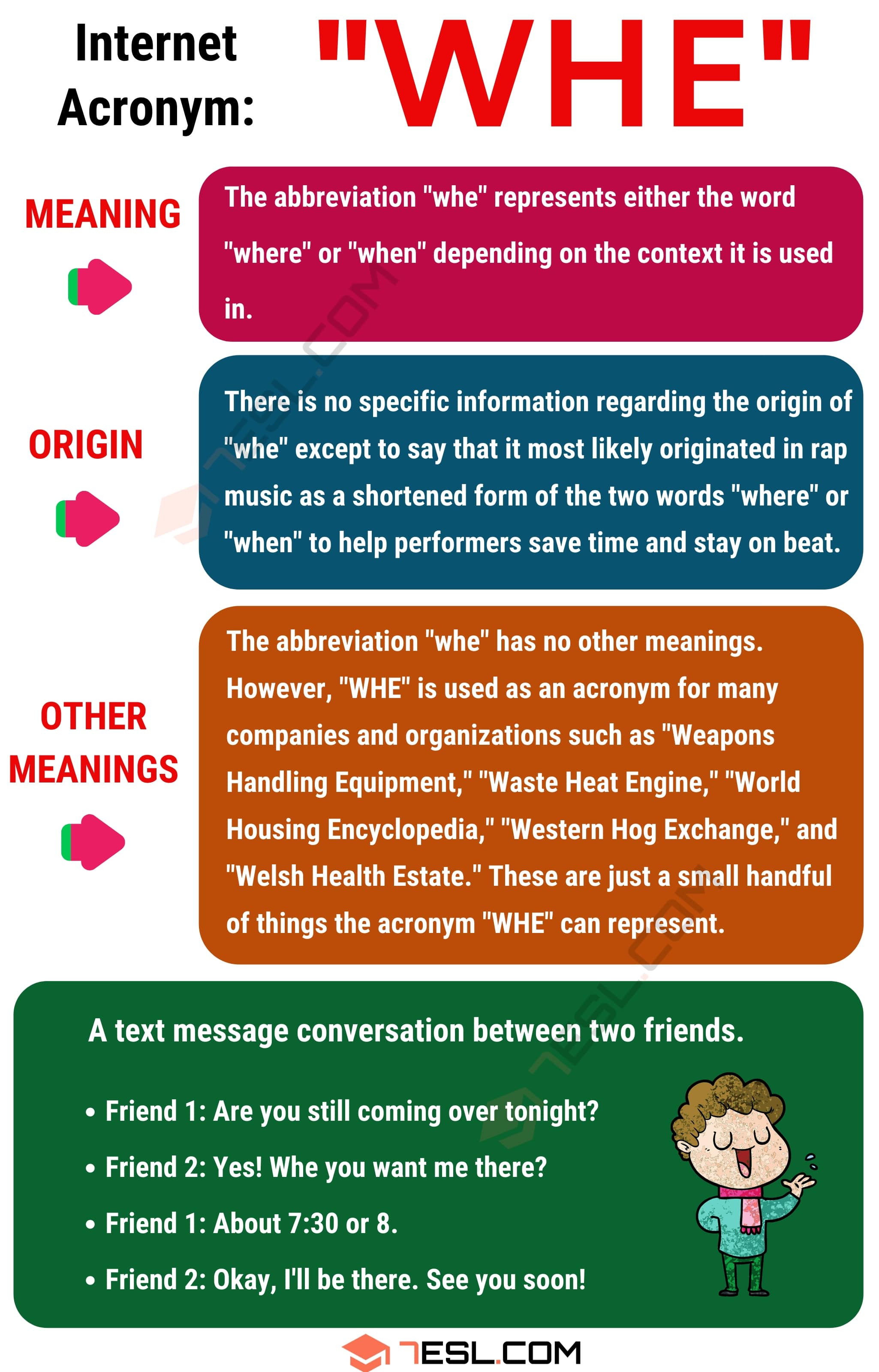 hi how are you doing