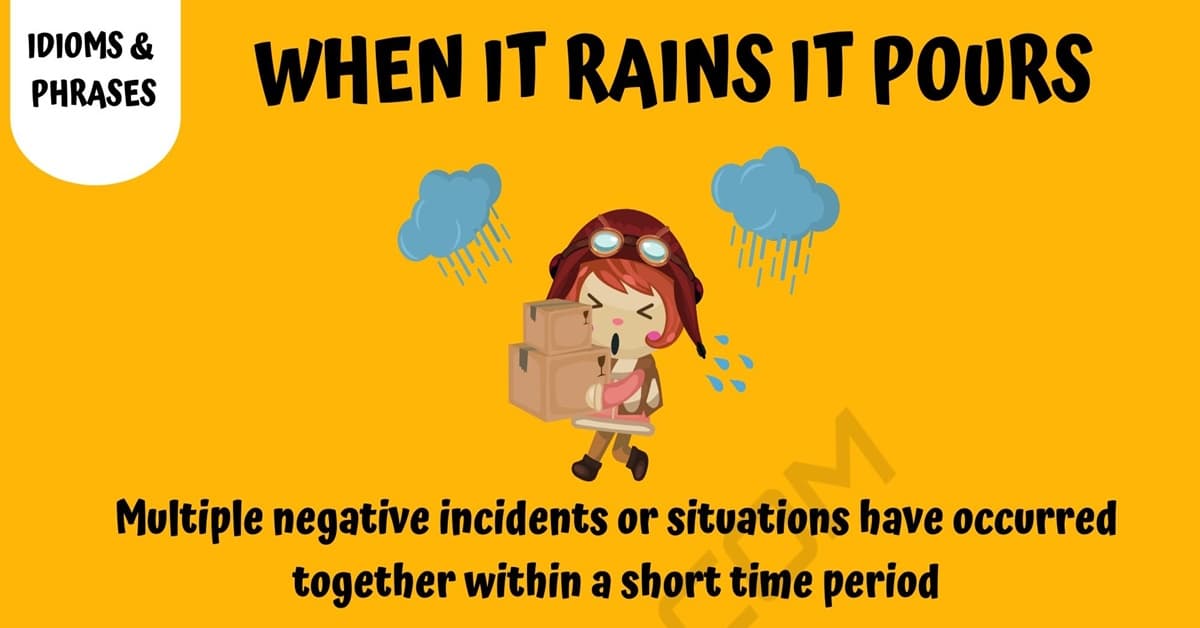 The English idiom “when it rains it pours” is a phrase commonly heard in everyday conversation today. Here you will find information on the true meaning of this phrase and discover where the phrase originated from. This will be followed by some examples of how to properly use this phrase in conversations/statements, as well as other ways to say this phrase in the literal sense.

When It Rains It Pours

When It Rains It Pours Meaning

The phrase “when it rains it pours” means multiple negative incidents or situations have occurred together within a short time period.

The phrase “when it rains it pours” is typically used today as a negative comment or observation. However, the phrase first appeared in 1911 when it became the slogan of the Morton Salt Company due to an advancement in the way their salt was created and sold to the general public. Before this innovation, rainy weather would cause a house to build up humidity which would cause the salt to clump together. The innovation in development prevented the salt from clumping despite weather conditions and the company used this slogan to indicate that even when there was inclement weather the salt would not clump together and would still pour.

“When It Rains It Pours” Examples

A statement in the local paper from a citizen experiencing some hard times.

A statement made by a team member on a football team.

A conversation between co-workers.

Other Ways to Say “When It Rains It Pours”

The phrase “when it rains it pours” can be stated in more literal terms. Some other things you could say to convey the same meaning include: the bad news is usually accompanied by even more bad news, misery loves company or troubles always seem to come in three.

“When It Rains It Pours” synonyms:

What does “When It Rains It Pours” Mean? | Picture 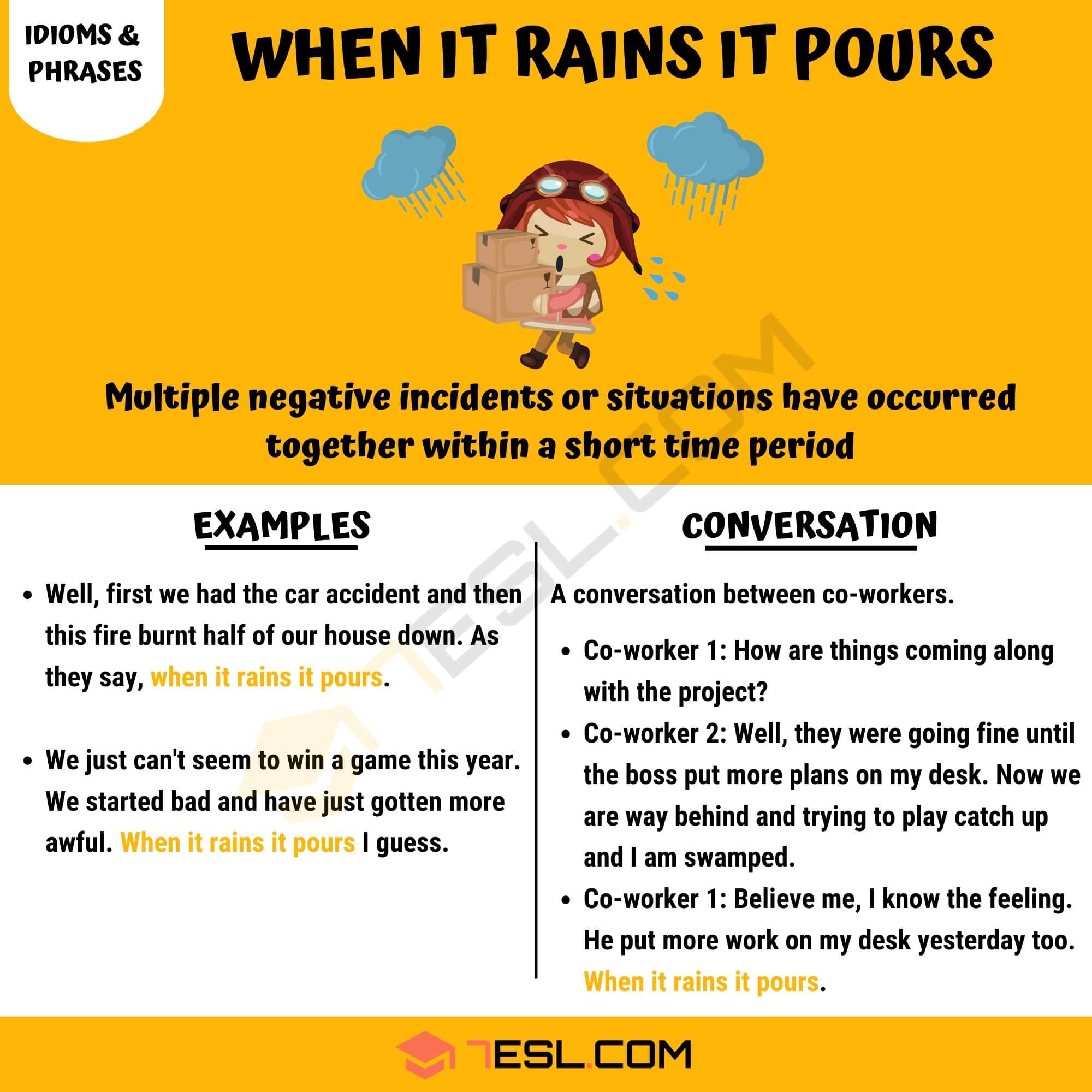