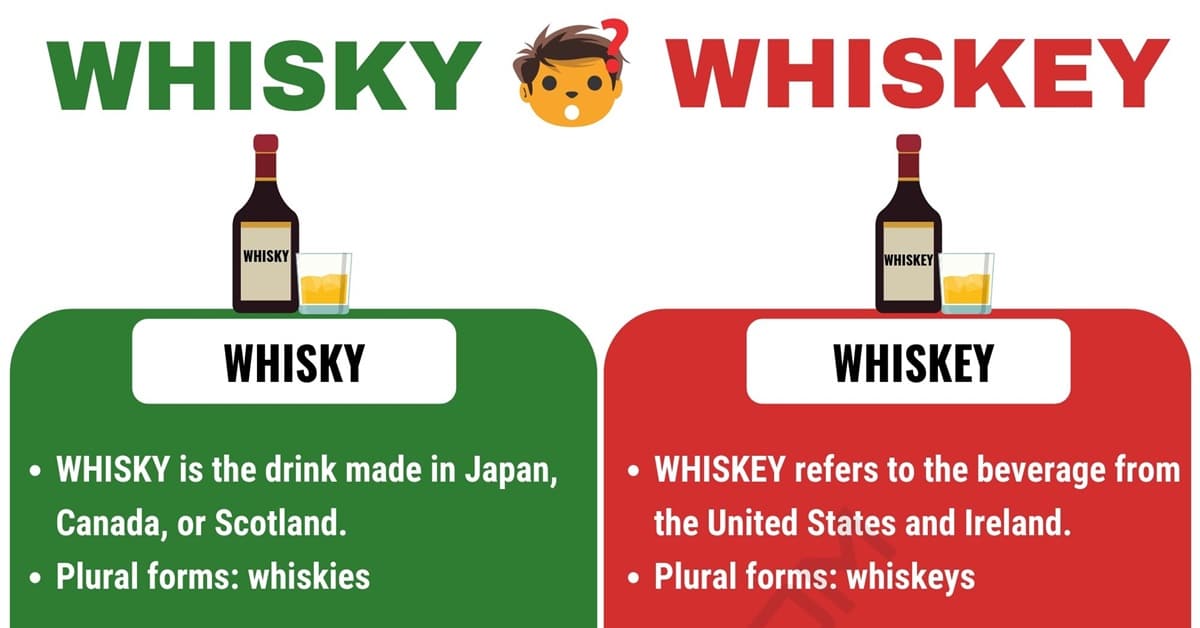 Whisky vs. whiskey! That alcoholic drink that some of your friends love, is it whiskey or whisky? It’s likely that, whichever spelling you choose, nobody will even pay attention to it; unless, of course, you have people who are really passionate about this specific alcoholic beverage in your audience. And still, it’s always good to know the difference between words which are spelled so similarly but in reality, don’t actually refer to exactly the same thing. What is it that makes whiskey different from whisky?

WHISKY is the drink made in Japan, Canada, or Scotland. On the other hand, WHISKEY refers to the beverage from the United States and Ireland.

So, the only thing you need to remember to figure out the correct spelling is where does the drink in your glass come from. Yamazaki whisky comes from Japan, so there’s no e in the word. However, Tennessee whiskey is from the United States, so the word needs to be slightly longer.

Keep in mind that the plural forms of these two words are also slightly different. Thus, whisky becomes whiskies, while whiskey becomes whiskeys.

At this point, you might be wondering whether there are any other differences between whisky vs whiskey. The answer is, there are some rules about how this beverage is made in Scotland or in Ireland, but they have absolutely nothing to do with spelling. For instance, a whisky in Scotland is distilled two times, while a whiskey in Ireland is distilled three times. However, in the United States, where you’d call the drink whiskey, it’s also usually distilled three times. So, the only thing you need to think about when figuring out the correct spelling is the country of origin.

When to Use Whiskey vs. Whisky | Image 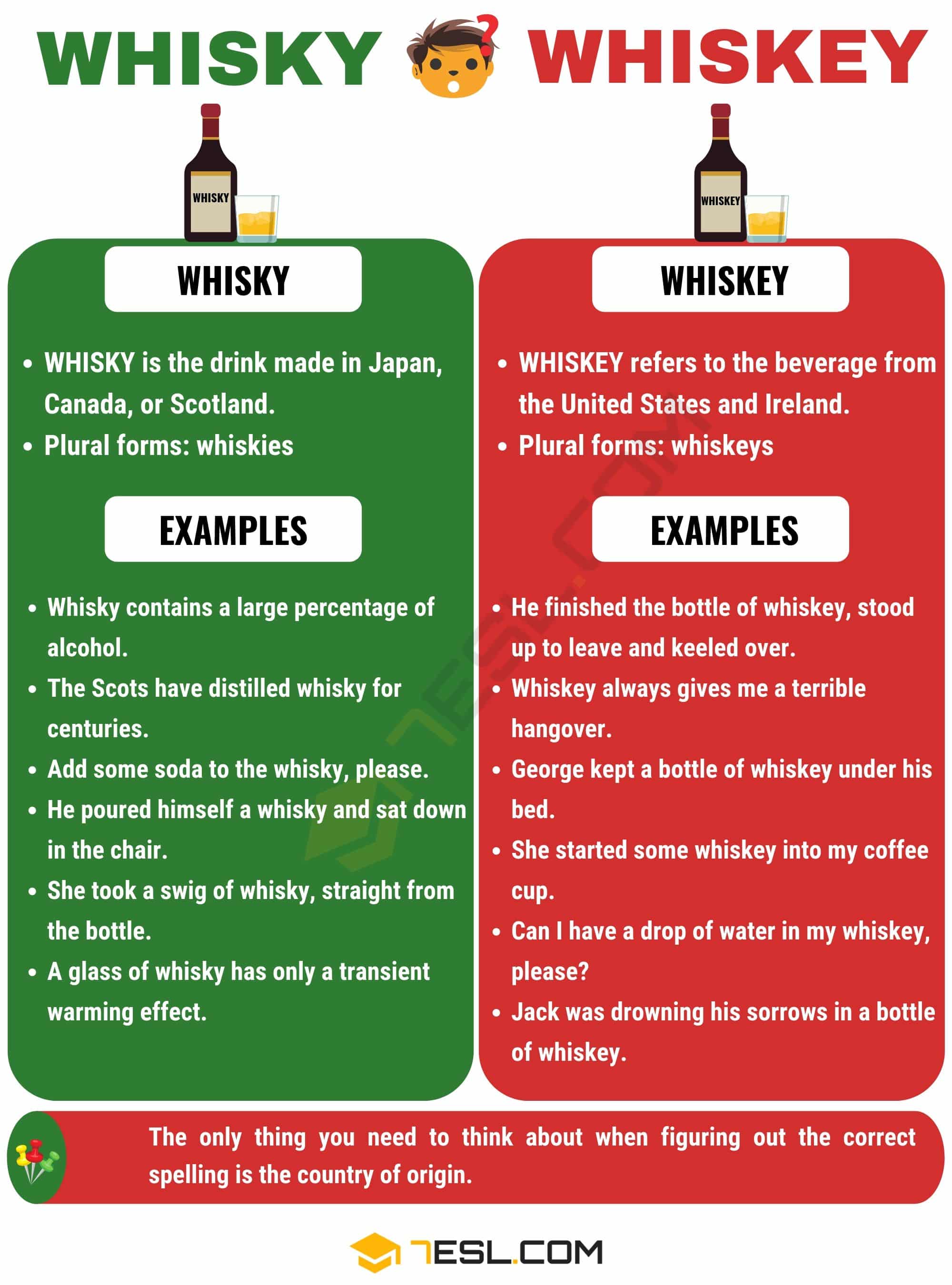