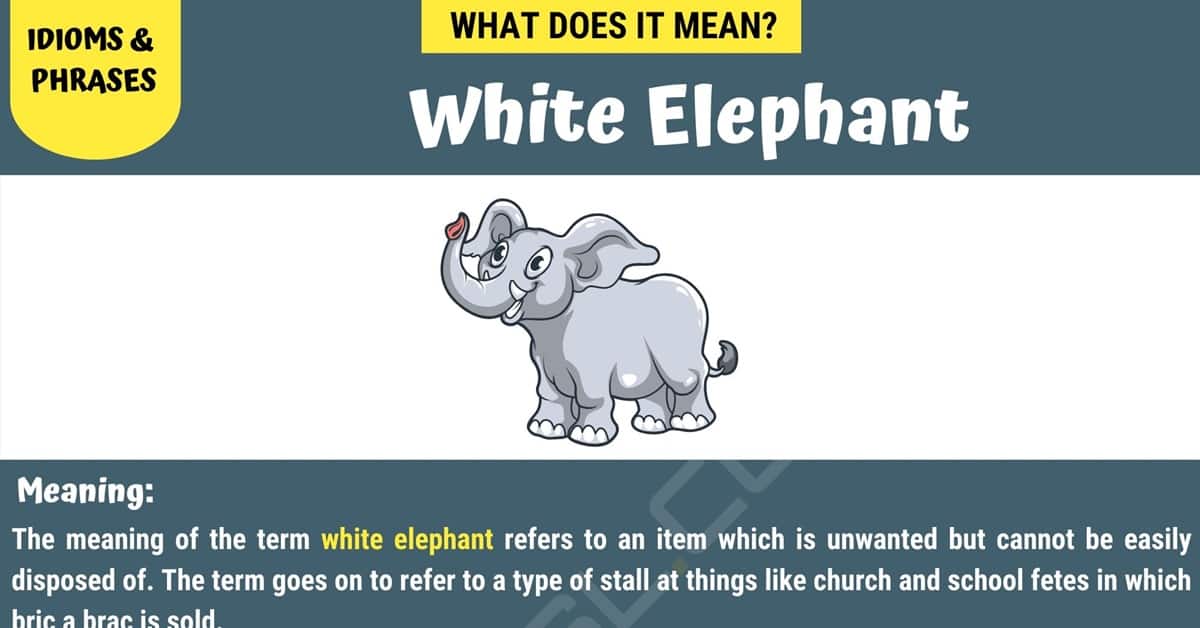 The phrase white elephant might be heard often during an English conversation. If you have heard this term being used, you have probably thought about its meaning. We are going to take a look at the meaning of this term as well as looking at some examples of how it can be used in both conversations and in sentences. We will also be researching the history of the phrase to find out where it first appeared.

The meaning of the term white elephant refers to an item which is unwanted but cannot be easily disposed of. The term goes on to refer to a type of stall at things like church and school fetes in which bric a brac is sold.

The origin of the term white elephant can be found in Asia, where many years ago a white elephant, also known as an albino, would be given to people as a gift from someone they had angered. The cost of keeping the white elephant would be so troublesome and expensive that the owner would end up broke.

We are now going to have a look at some examples of how the term white elephant might be used in a statement.

The first example is one being said by one friend to another.

This next example sentence is being stated by someone advertising a charity event.

The first is a conversation between two property developers.

This next conversation is taking place between two friends in a dress shop.

There could be other ways in which to express the meaning of the term white elephant, let’s take a look at some other things you could say which mean the same thing.

What Does “White Elephant” Mean? | Picture 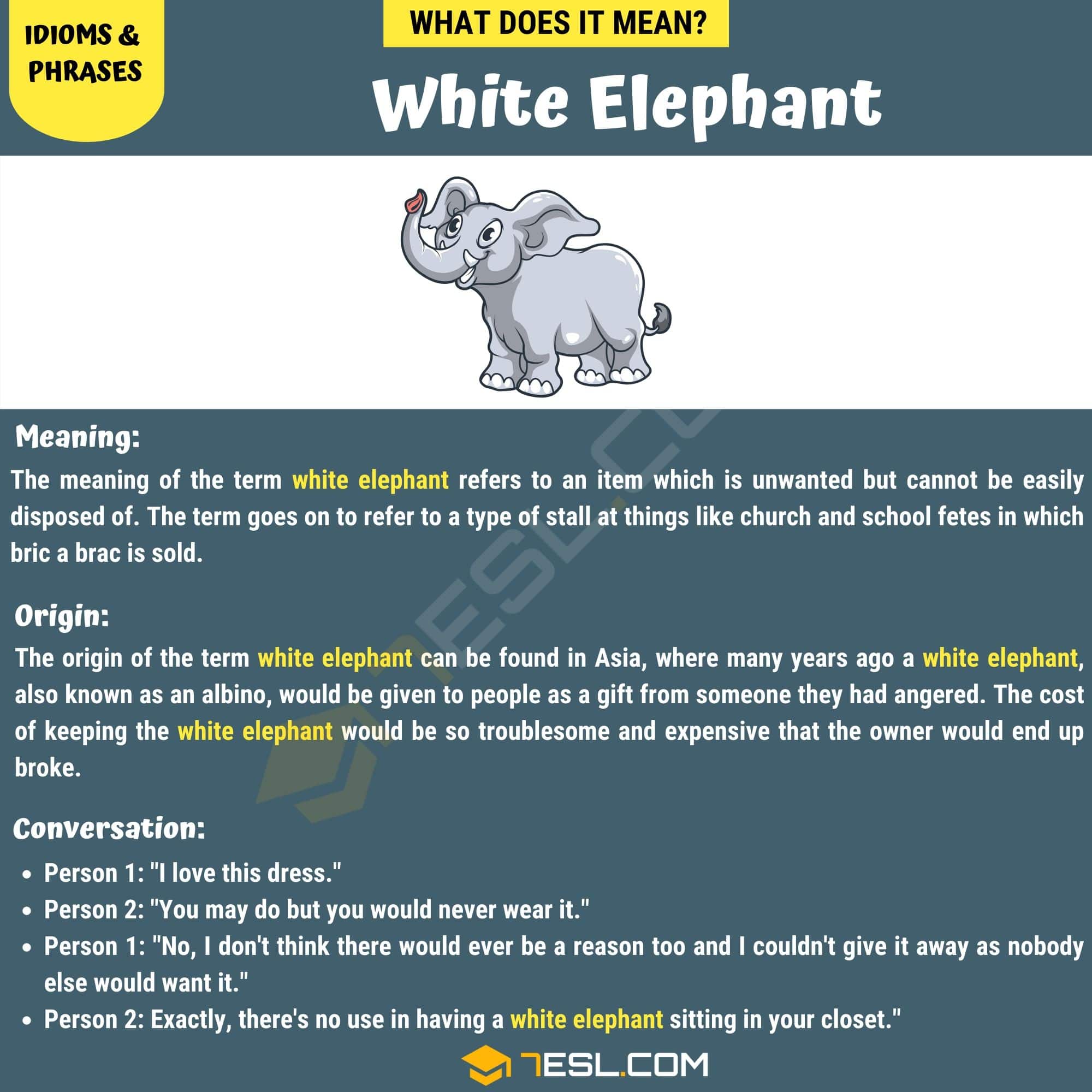