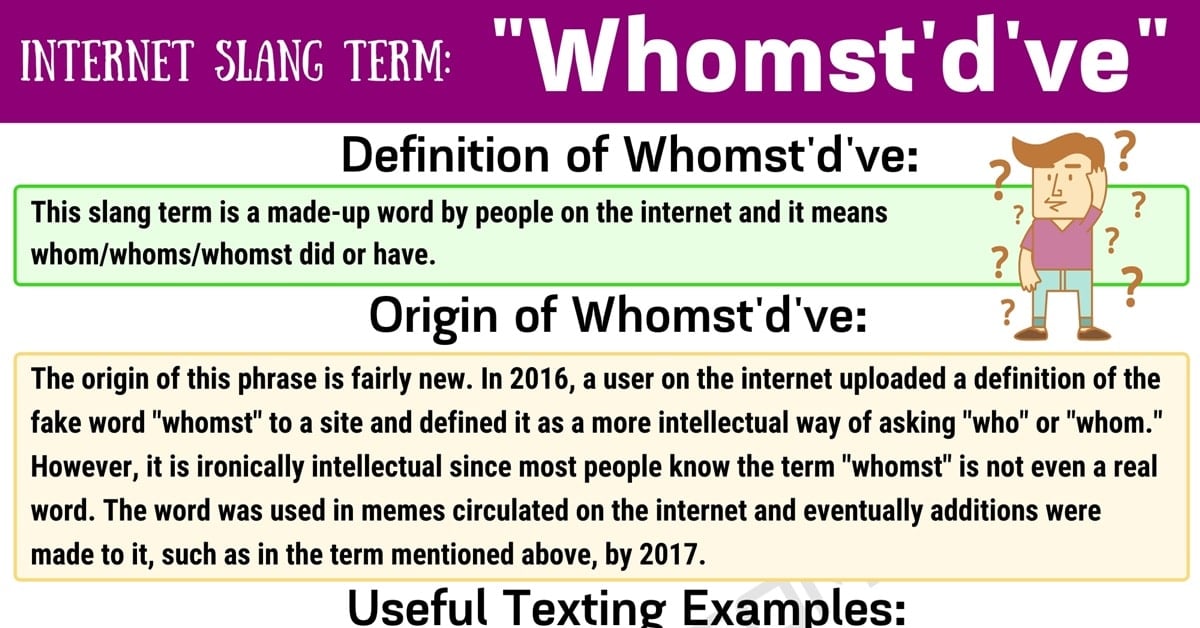 What does Whomst’d’ve mean? If this word looks like some nonsensical word, you would be right. However, it does have a meaning even if it is made up. Here you will find the meaning of this term, the story of its origin, and some alternative meanings if there are any.

You will also find some conversation examples using the internet slang term properly to help you better understand it and you will find some synonyms to replace this word in conversation while still conveying the same meaning.

This slang term is a made-up word by people on the internet and it means whom/whoms/whomst did or have.

The origin of this phrase is fairly new. In 2016, a user on the internet uploaded a definition of the fake word “whomst” to a site and defined it as a more intellectual way of asking “who” or “whom.” However, it is ironically intellectual since most people know the term “whomst” is not even a real word. The word was used in memes circulated on the internet and eventually additions were made to it, such as in the term mentioned above, by 2017.

A text conversation between two sisters.

The only synonyms that would fit in this case would take away the irony of the phrase and replace it with proper English. Other things you could say include: 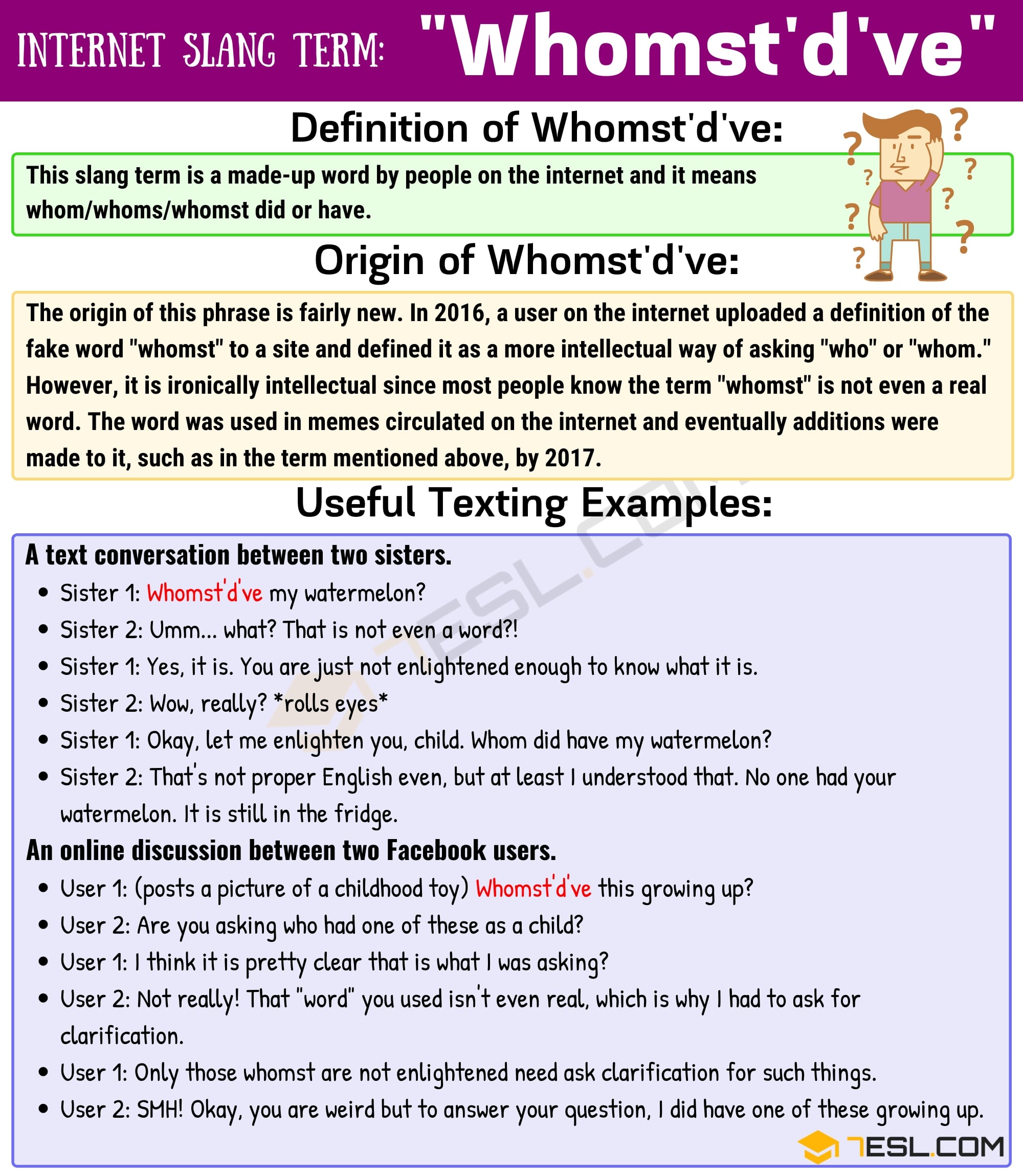