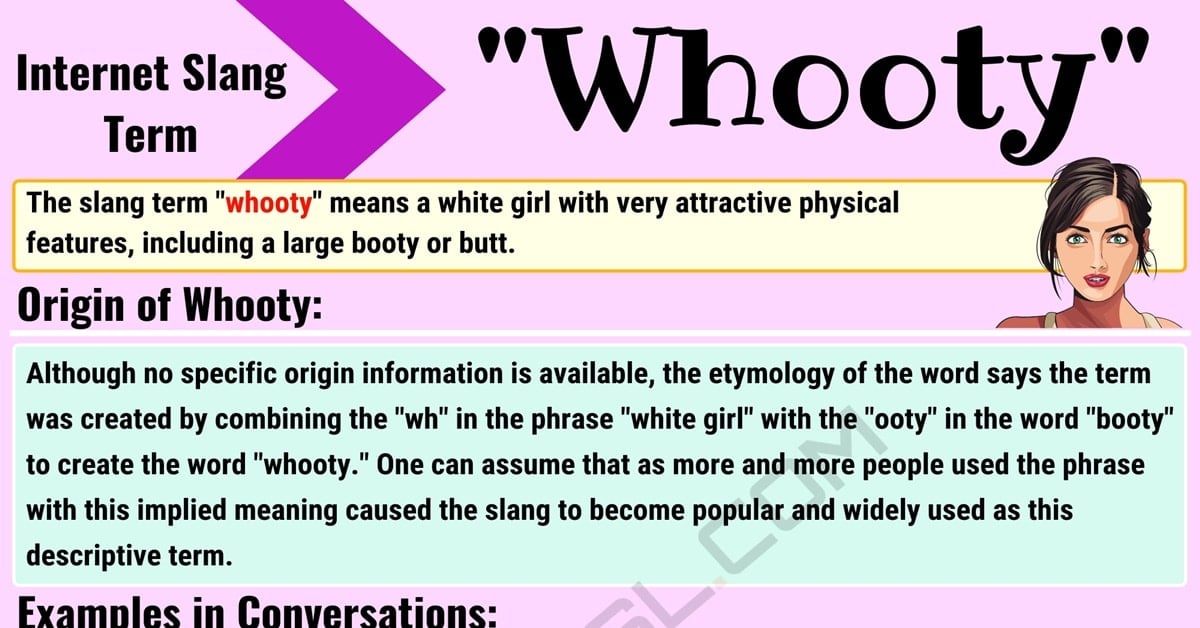 What does Whooty mean? Electronic communication, in all its forms, has become an important part of nearly everyone’s life. Accompanying this form of communication, there has been the invention of new slang, acronyms, and abbreviations. One of the new slang terms being used today in electronic communication is “whooty.” Here you will find the meaning of this term and the information available regarding its origin. You will also find other meanings of the word if any exist and examples of the term used properly in conversation. Finally, you will see suggestions of other terms you can use to convey the same meaning.

What Does Whooty Mean?

The slang term “whooty” means a white girl with very attractive physical features, including a large booty or butt.

Although no specific origin information is available, the etymology of the word says the term was created by combining the “wh” in the phrase “white girl” with the “ooty” in the word “booty” to create the word “whooty.” One can assume that as more and more people used the phrase with this implied meaning caused the slang to become popular and widely used as this descriptive term.

There is no information available regarding any other meanings of the term “whooty.”

A text exchange between two male friends talking about the new girl at school:

Some of the things you could say instead of using the term “whooty” to convey the same meaning include: 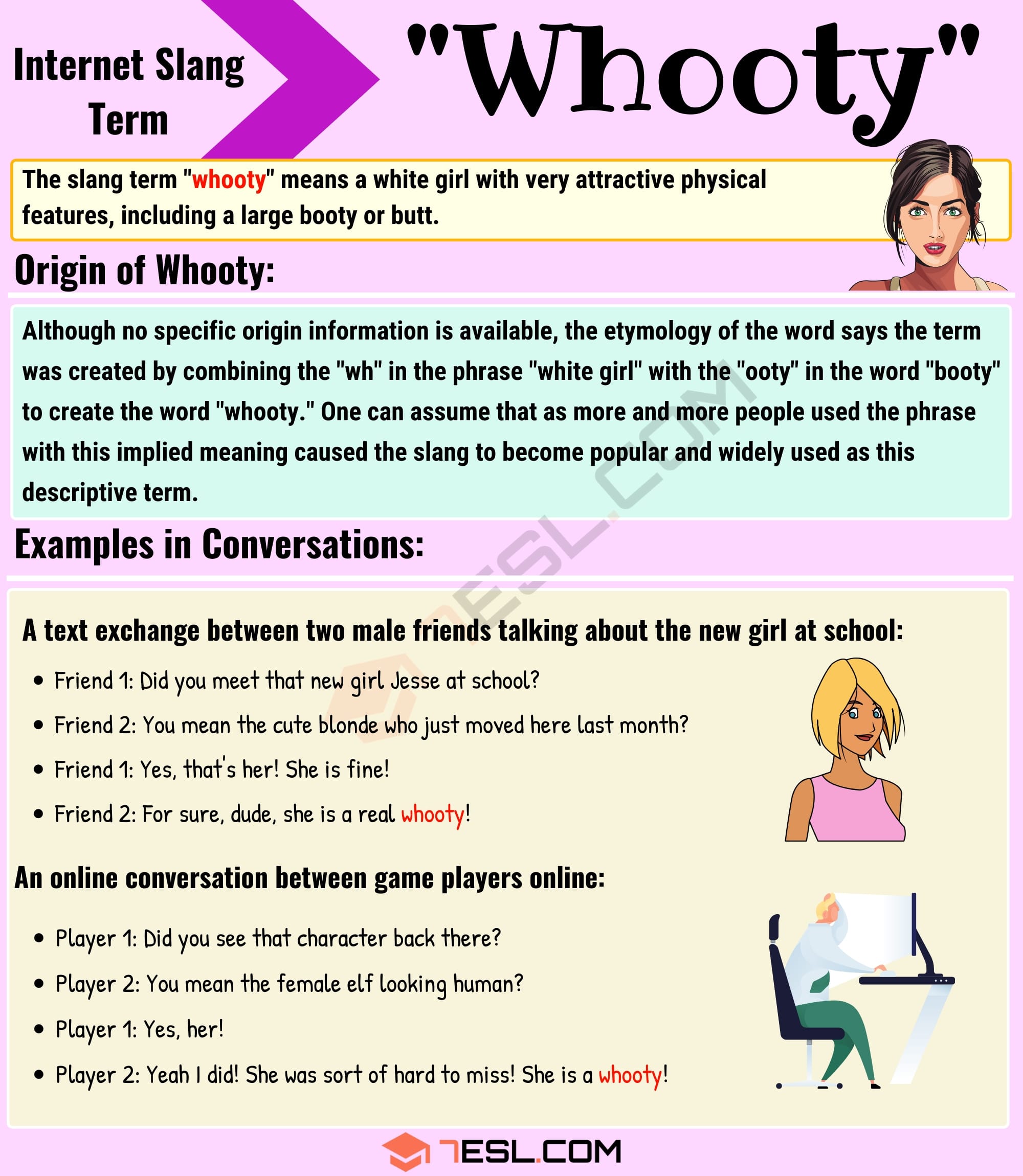 Whoty is a Punjabi word , meaning wife of someone .