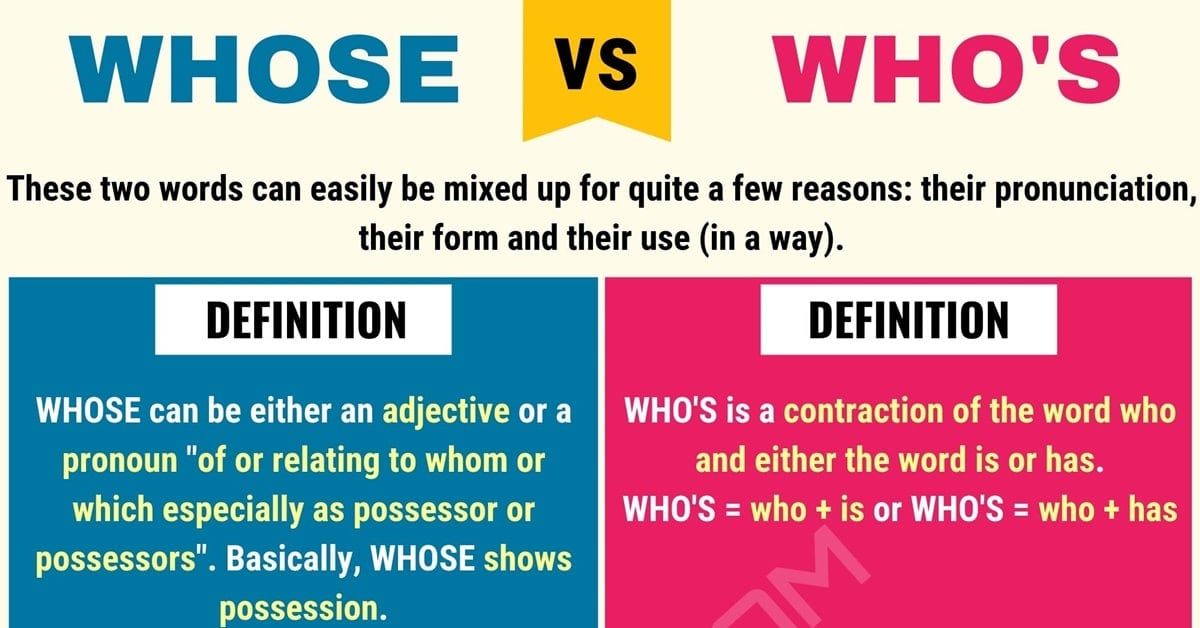 Whose vs. who’s! Who’s the one whose sentence had who’s instead of whose? Sounds confusing, right? These two words can easily be mixed up for quite a few reasons: their pronunciation, their form and their use (in a way). But when is the right time to use each one? That’s what you’ll find out after reading the next few paragraphs.

To clear up the mystery we first have to know what each word means. Whose can be either an adjective or a pronoun “of or relating to whom or which especially as possessor or possessors”. Basically, whose shows possession. Who’s is a contraction of the word who and either the word is or has. The confusion between whose vs. who’s stems from the fact that we usually use ‘s to show possession, which makes us think that who’s would be the right choice when it isn’t. It’s just the same as with its versus it’s.

When to Use Whose

As I said before, whose is used to show possession, so naturally, you would use it to talk about the man whose car is not working or to ask whose pencil was that.

For questions, if your answer will be his, hers, or theirs, then you should have whose as your first word.

When to Use Who’s

Who’s is a contraction. In simple terms, who’s = who + is or who’s = who + has. It is not used in any other context, even if it is tempting to use it when talking about possession. You use it when you don’t want to say or type the whole thing, when you are talking fast, or in an informal context.

Differences between Whose vs. Who’s | Tips

The best way to remember the difference between who’s vs. whose is to remember their usage. Even easier, you only have to remember the usage of who’s: who’s is a contraction between two words. With that in mind, any time you want to use who’s and you are not sure if it’s the right word, just replace it with who is or who has and see if it makes any sense.

You could also remember a modified version of the first sentence of this article: Who’s the one whose keys I found? Remember this sentence and keep in mind that the words go from shortest to longest (whose vs who’s, not all the words) and you’re good to go. Personally, I find the first method to be the easiest one to remember.

Whose vs. Who’s Examples

How to Use Who’s vs. Whose | Image 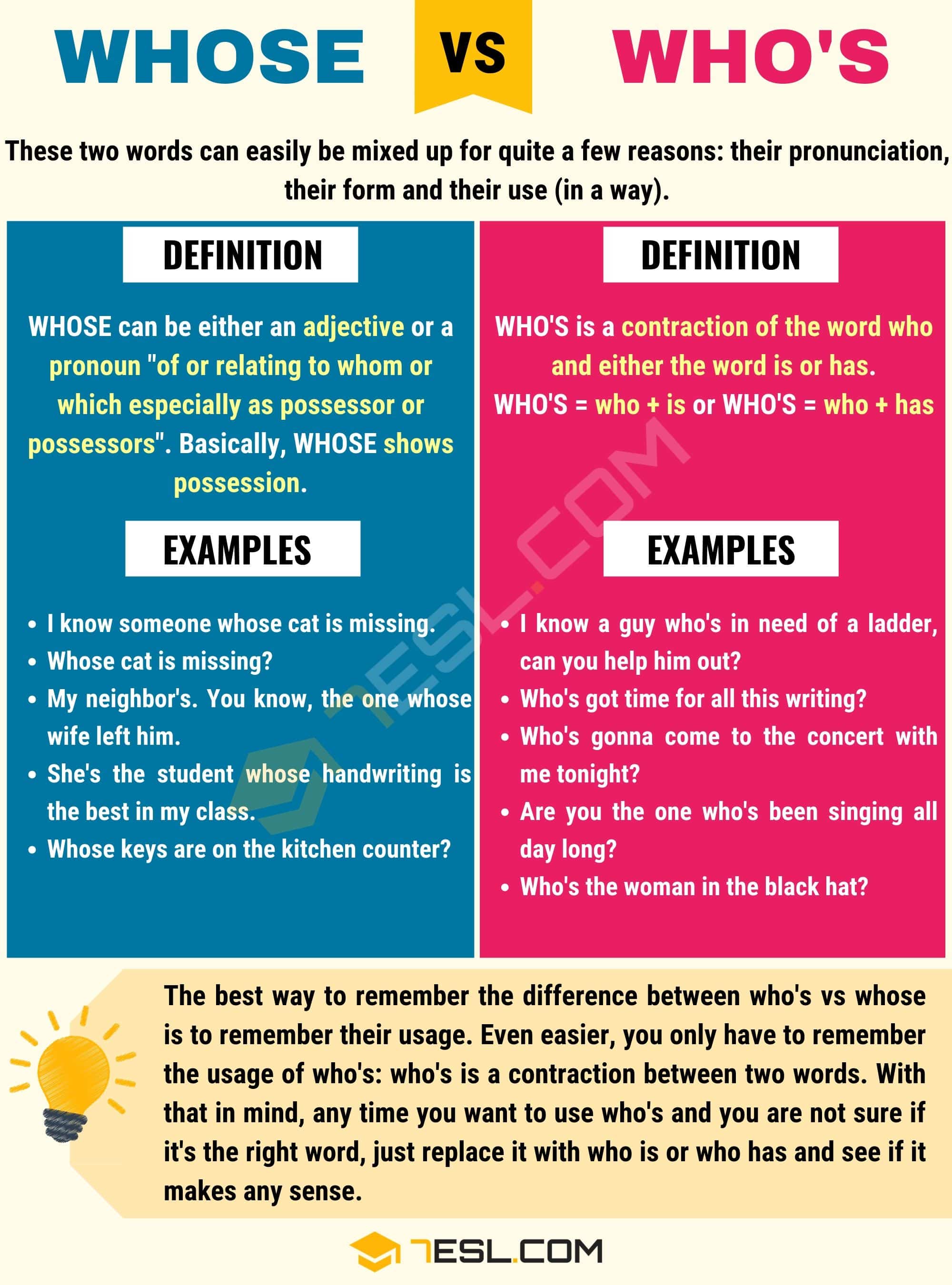