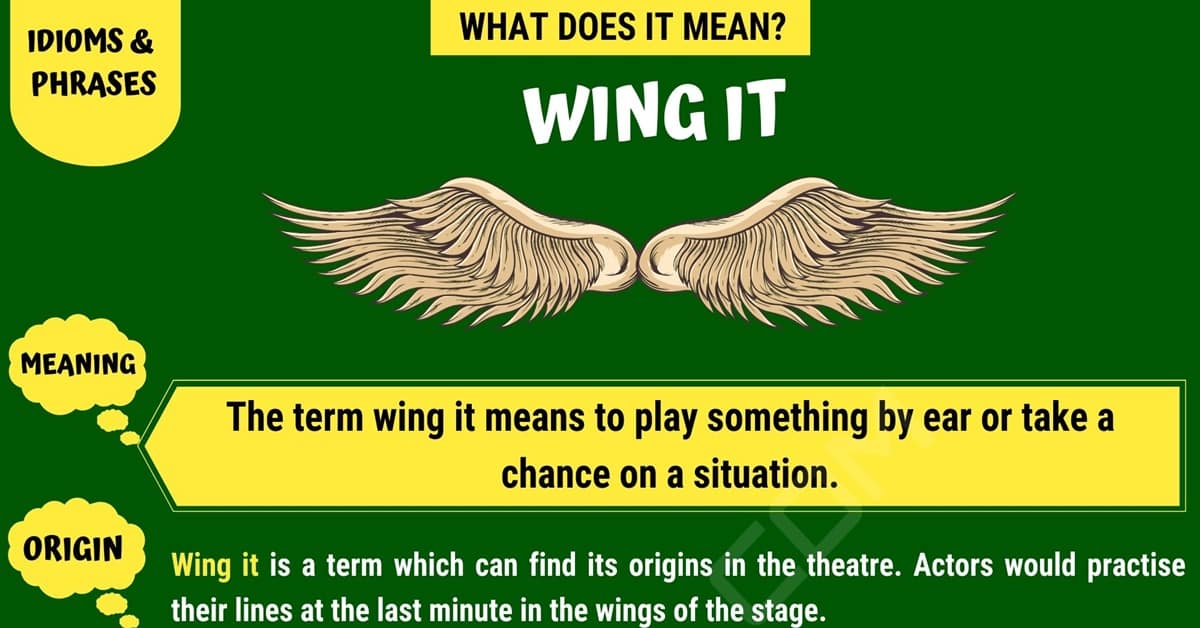 The phrase “wing it” can be heard in many different conversations during the English language. However, the meaning of this saying may not be clear, we are going to take a look at the meaning of this phrase as well as finding out where the saying first came from. We will also show you some examples of how the term can be used in a conversation so that we can better understand how it functions.

The term “wing it” means to play something by ear or take a chance on a situation.

Wing it is a term which can find its origins in the theatre. Actors would practise their lines at the last minute in the wings of the stage.

Seeing the term wing it in a sentence can really help us to understand how the term works, let’s take a look at some examples of this.

This first example if being said by a person at work.

The second example is one which is being said by a mother to her daughter.

You will be likely to hear the term wing it featured in day to day conversation many times during spoken English. We are now going to take a look at some examples of conversation which might show the term in use.

The first conversation example is one which is happening between two friends.

Our next conversation is one taking place between two students at school.

Other Ways to Say “Wing It”

The term wing it can be said in other ways by using different phrases.

Let’s take a look at some of these ways right now. 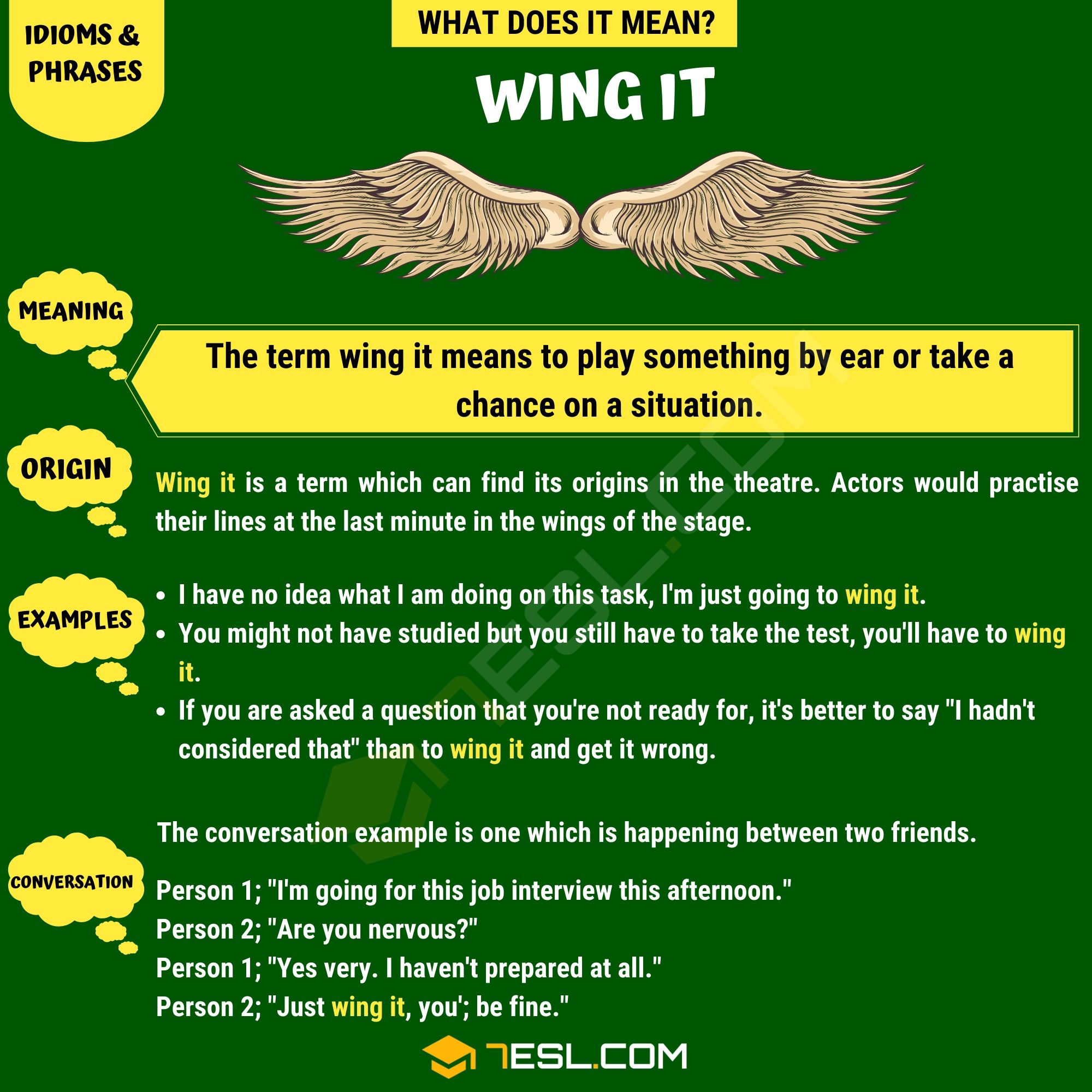