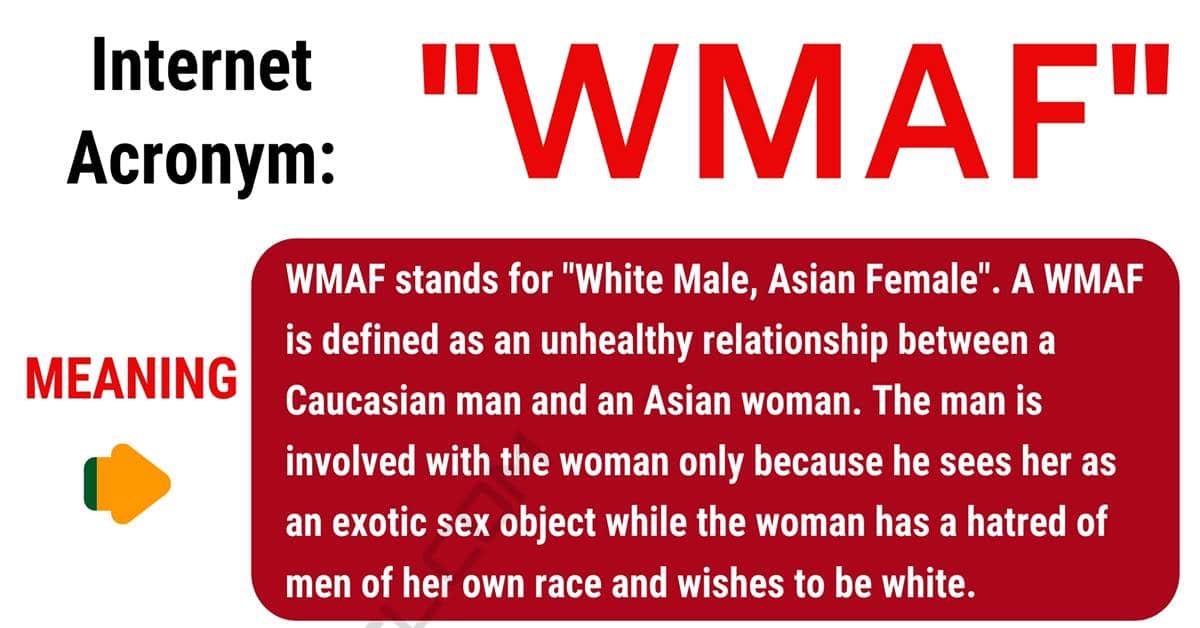 WMAF Meaning! WMAF  is a recent acronym that sees plenty of use online. In this lesson, you will learn how to use the acronym with useful definition and example conversations in English.

WMAF stands for “White Male, Asian Female”. A WMAF is defined as an unhealthy relationship between a Caucasian man and an Asian woman. The man is involved with the woman only because he sees her as an exotic sex object while the woman has a hatred of men of her own race and wishes to be white. Not every relationship between Caucasian men and Asian women are like this, of course.

The origin of the acronym stems from message boards of dubious nature. Some users would complain about their love life and how no Caucasian women would want to date them and so they would only want to date Asian women instead. Other times, the users would complain how Caucasian women weren’t their type and only Asian women were, with the correlation that Asian women were the same as the women seen in anime; which is Japanese cartoons. Meanwhile, as found on dating websites, women of Asian descent tended to overwhelmingly prefer non-Asian men. Why this was is for a variety of reasons, but eventually, the two groups mixed. While many of these relationships ended on positive notes, a few did not or the man would boast online about how great it was compared to a Caucasian woman regardless if he or the woman were actually happy or not. Due to increased political polarization in American during the late 2010s, WMAF began to see plenty of usage online as a negative slang word; that such a couple are never happy, that they “ruin” one race or the other, that the men only date Asian women because they can’t find Caucasian women, etc.

There are no other recorded meaning of this slang.

Like all acronyms, WMAF can be spelled with both all lowercase or capital letters. When spelled out as “White Man, Asian Female” the comma can be removed to make “White Male Asian Female.” 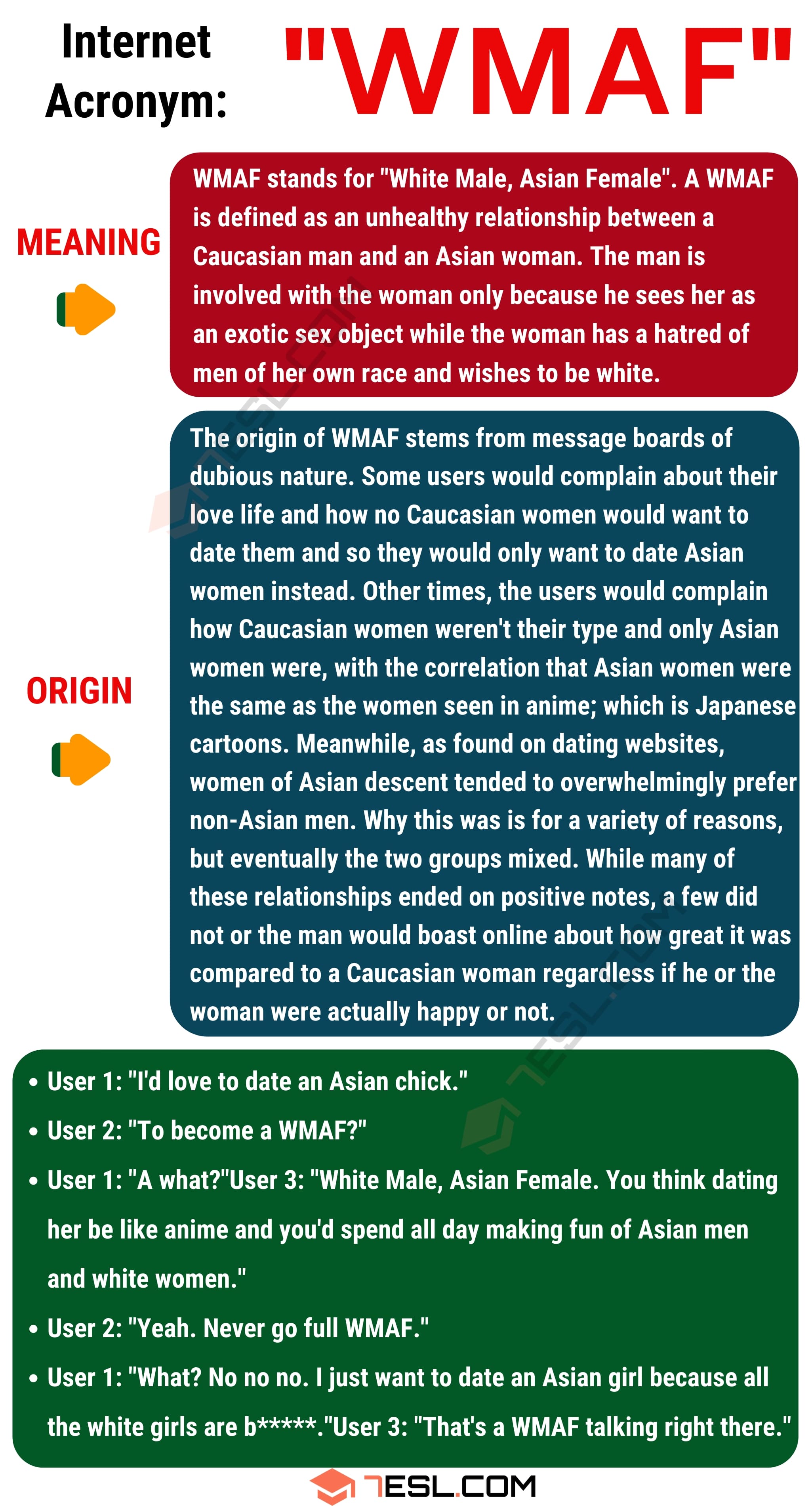 Whoever wrote this is comically bitter at the idea that an Asian woman and a White man could possibly.. just love each other.
“you’d spend all day making fun of Asian men and white women” l**o what
Aren’t you sort of doing the opposite with these articles?
Why does WMAF implicitly imply some weird fetish to you, but AMWF is perfectly absent of that?