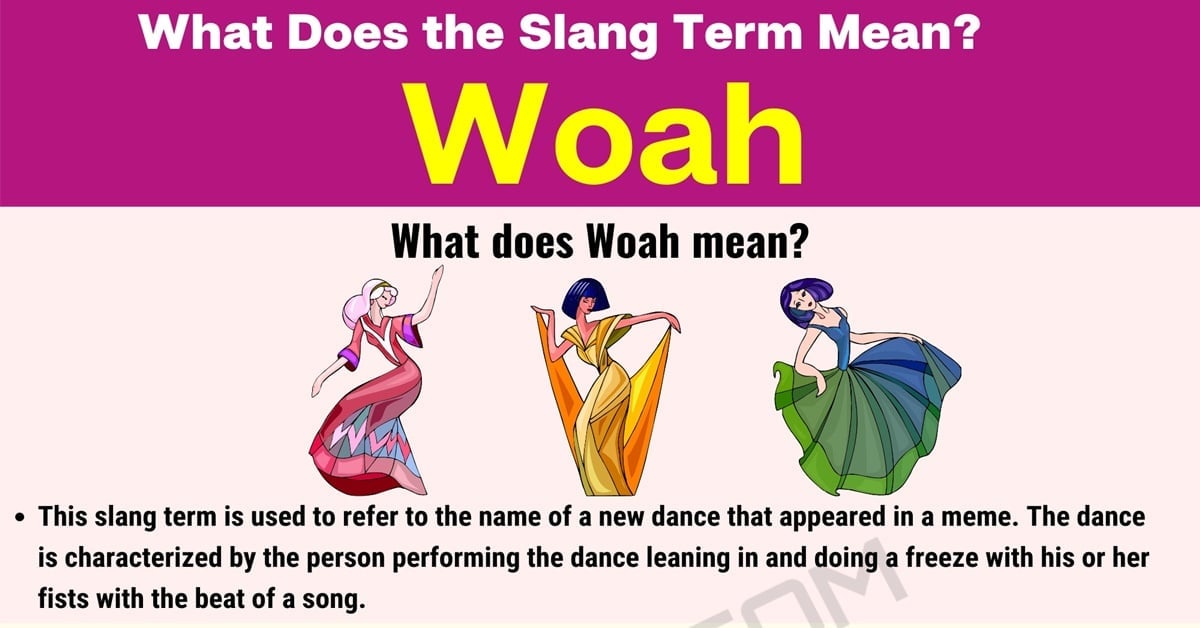 What does Woah mean? If you keep up with trends in music and dance, then you may know what this term already means. However, if you knew what the term meant, then odds are you would probably not be searching for its meaning and coming here to find out. If you are looking for the meaning of this term, then you have come to the right place. Here you will find the meaning, information about its origin, and some alternative meanings of this slang term.

You will also see the term used in proper context according to the meaning defined here to help you better understand the definition. Finally, you will see some alternative words and phrases you could use as substitutions for this term if that is possible to do without changing the meaning.

What Does Woah Mean?

This slang term is used to refer to the name of a new dance that appeared in a meme. The dance is characterized by the person performing the dance leaning in and doing a freeze with his or her fists with the beat of a song.

The dance originated in Texas in 2017 and went viral through a YouTube video that featured a man by the name of DJ Dangerous doing this dance in the video. However, this was disputed by students who attend Texas A&M University who says the dance originated on their campus. In 2017, students posted their video performing the dance. The video spread from there on various platforms including TikTok and Twitter.

There is only one alternative meaning for this term. Some say it merely an alternate spelling of the more common slang term “whoa” which is used as an expression in response to someone who has revealed shocking information or to slow someone down.

There are no synonyms for this slang term because it represents the official name of a dance. Therefore, using synonyms in this context would change the meaning and no longer refer to the dance specifically. 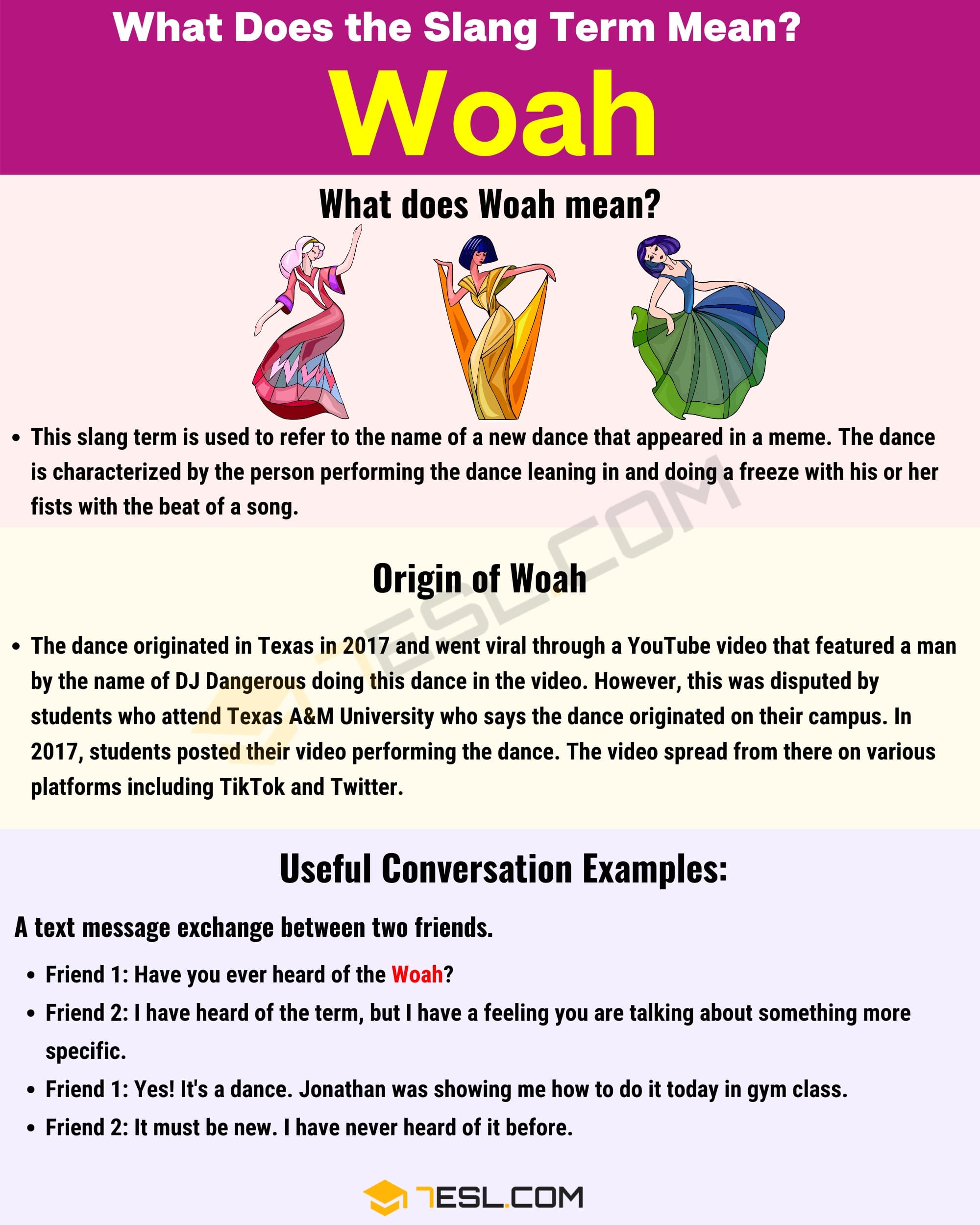