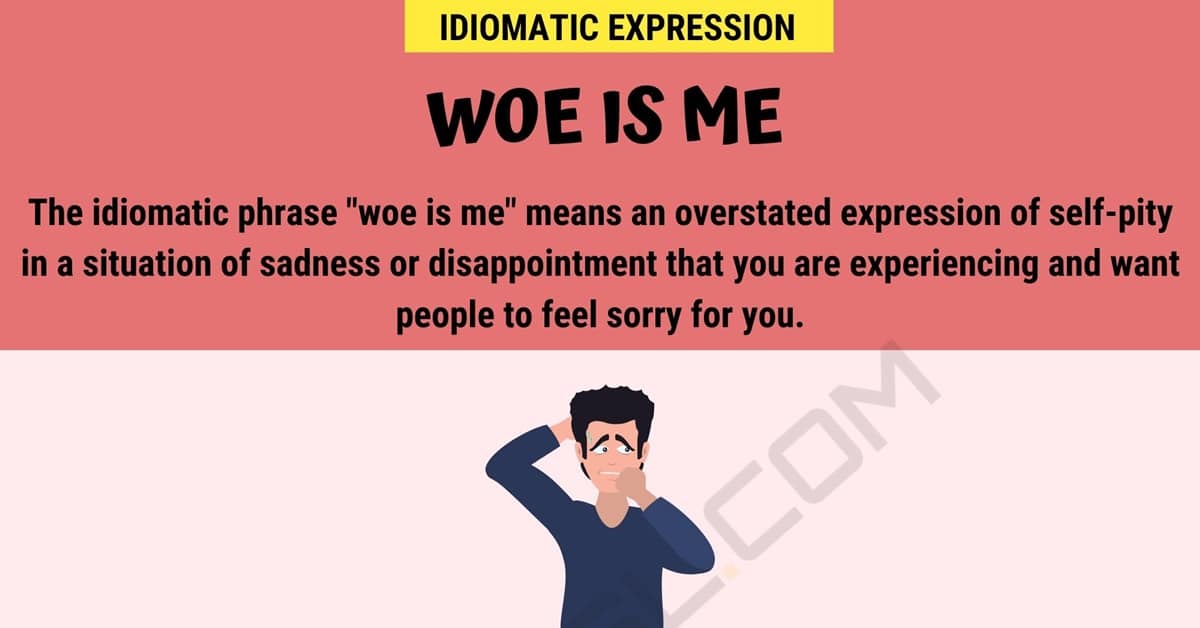 The phrase “woe is me” is an idiom that is used by certain people quite often. If you know the meaning of the word “woe,” you might think this means that someone is saying they are great sadness. However, this is not the case. Here you will find the meaning of this phrase and information about its origin so you can fully understand the phrase and how it is used. You can gain further understanding from the example sentences and conversations provided also. Lastly, you can take a look at some of the alternative words and phrases provided that are synonymous with this phrase and can be used to replace it in conversation.

Woe Is Me Meaning

The idiomatic phrase “woe is me” means an overstated expression of self-pity in a situation of sadness or disappointment that you are experiencing and want people to feel sorry for you.

The phrase “woe is me” was first used in the Bible. It appears in the book of Job in the Old Testament. Shakespeare used it in his play Hamlet also, which was written in 1602. The phrase primarily gets its origin from the word “woe” meaning a great sadness or disappointment.” Adding “is me” to the phrase is telling people that you feel great sadness and disappointment and that they should feel pity for you because of it.

“Woe Is Me” Examples

Alternatives to “Woe Is Me”

There are some words and phrases that you can use as a replacement for the idiomatic phrase “woe is me” in conversation. Some of the words or phrases you can use that are synonymous with this phrase include:

Woe Is Me Meaning | Image 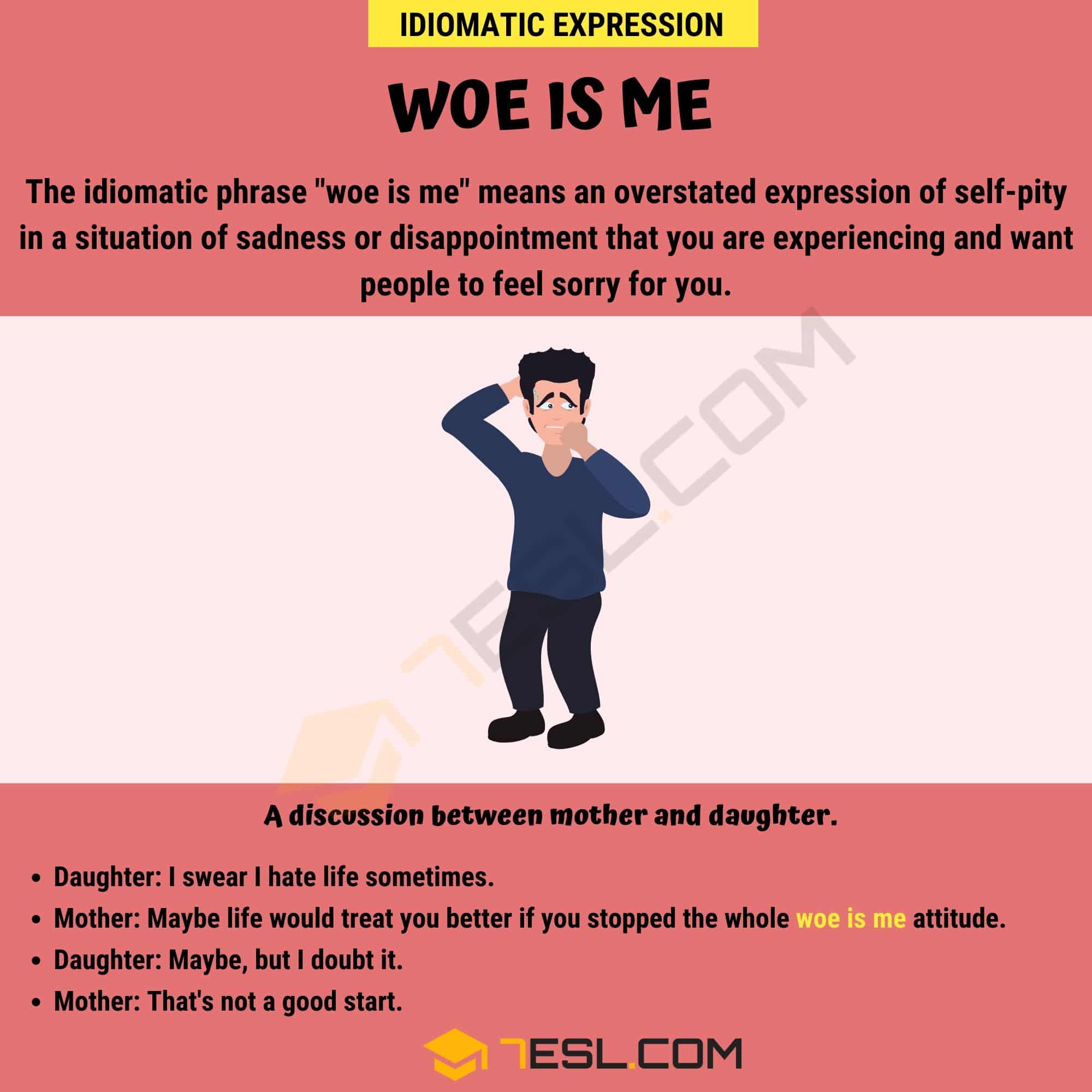