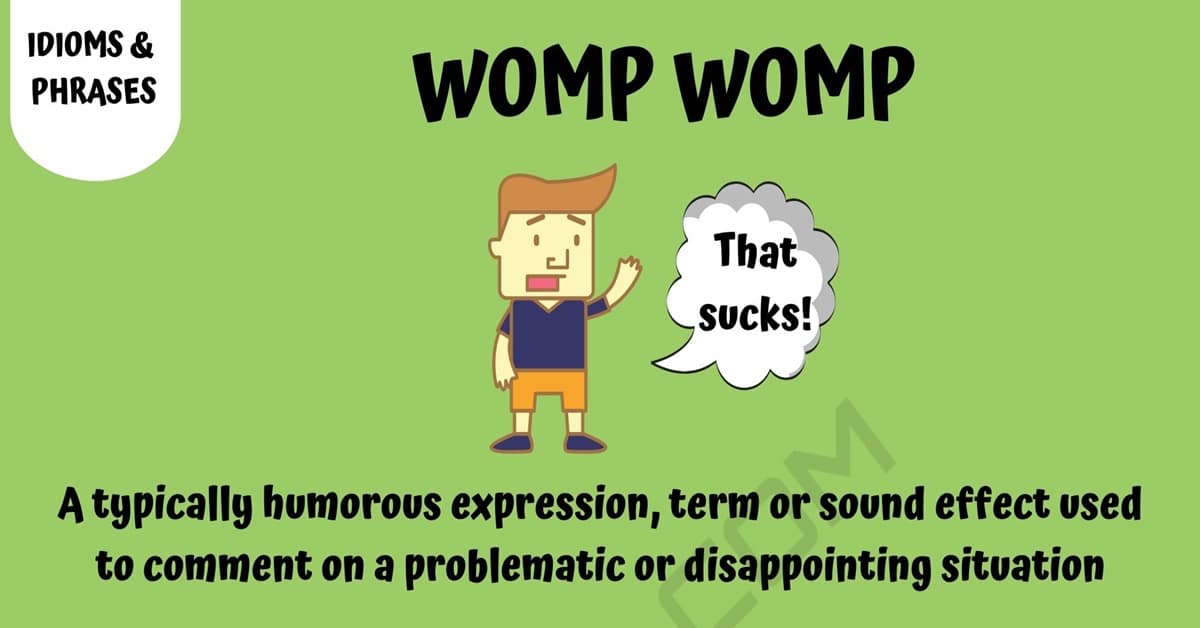 The phrase “womp womp” is something that you may hear people use during everyday conversation. Here you will find the meaning of the phrase and the story of its origin. You will also find the phrase used properly in example conversations/statements and other ways you might express the same phrase to convey the same meaning.

The phrase “womp womp” is a typically humorous expression, term or sound effect used to comment on a problematic or disappointing situation. It is considered to be an onomatopoeia, which is a word that makes a sound similar to what the word is derived from.

It’s usage has drastically dropped for two other slang words; Oof and F, derived from the games Roblox and Call of Duty respectively. Oof, F, and Womp Womp can all be used interchangeably.

Origin of this popular idiom

This phrase is said to have been derived from the days of vaudeville. When comedians would tell jokes in those days, a trombone would play notes that sounded like the phrase to enhance a joke on stage. This sound became known as a sad trombone. It was not until sometime during the early 2000s that “womp womp” became the widely used comment that it is today.

The other meaning of romp, and seemingly new, is the usage of drugs or substances to alter perspective or if used as a noun a prohibited substance such as cocaine. This meaning of womp likely developed in the early 21st century as a code for illicit substances. 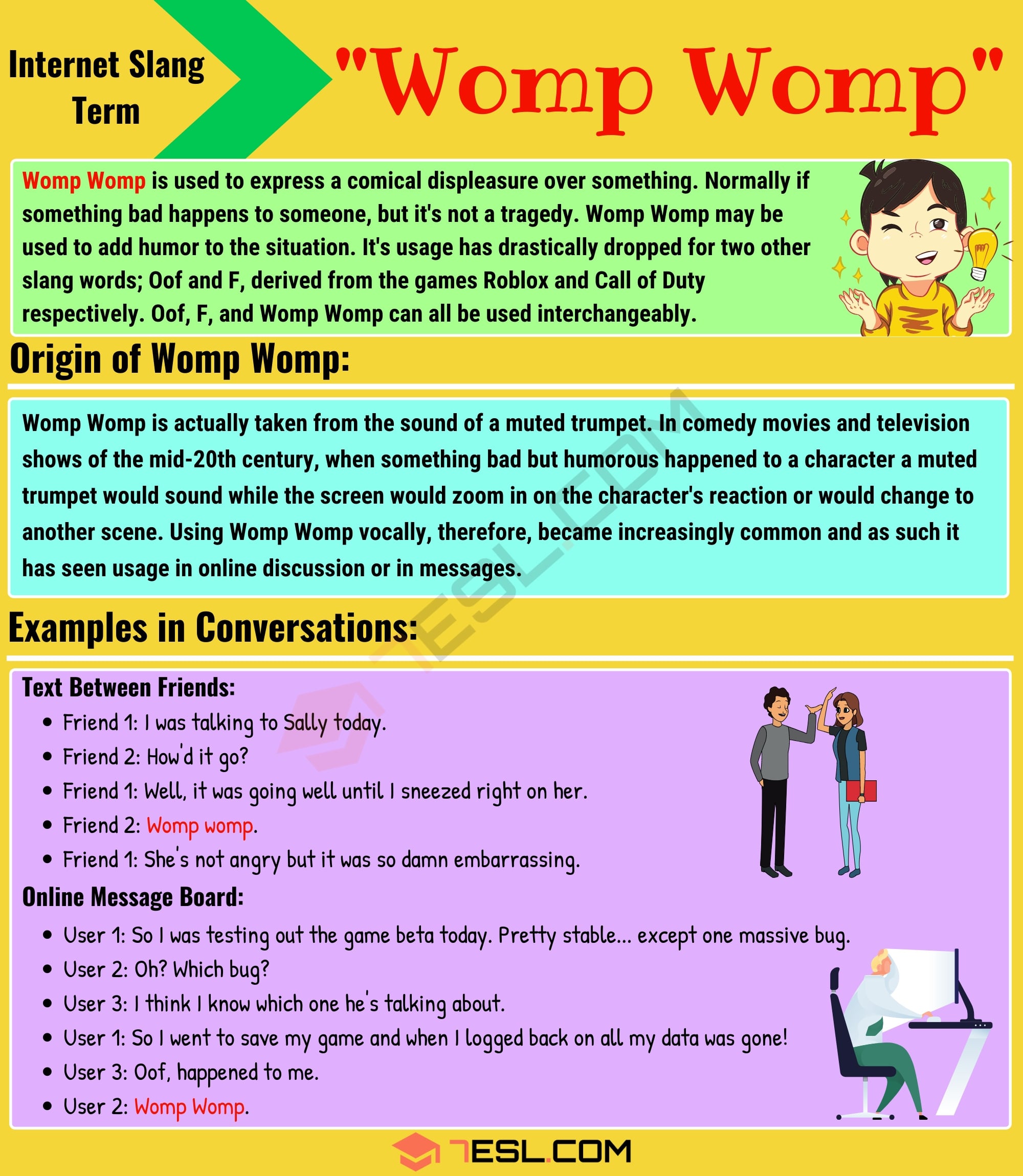 A statement in a story in the local newspaper regarding a recent incident in the city.

A statement made in the school newspaper by a student reporter.

A conversation between two friends talking about a recent experience.

Other Ways to Say “Womp Womp”

Typically Womp can be used on it’s own and up to two other Womps can be added. Womp, Womp Womp, and Womp Womp Womp are common when using this slang, but very rarely four. Womp can also be capitalized as WOMP, although the meaning is still the same regardless of capitalization.

There are several other ways you can say the phrase “womp womp.” Some of the alternative things you could say to convey the same meaning include: 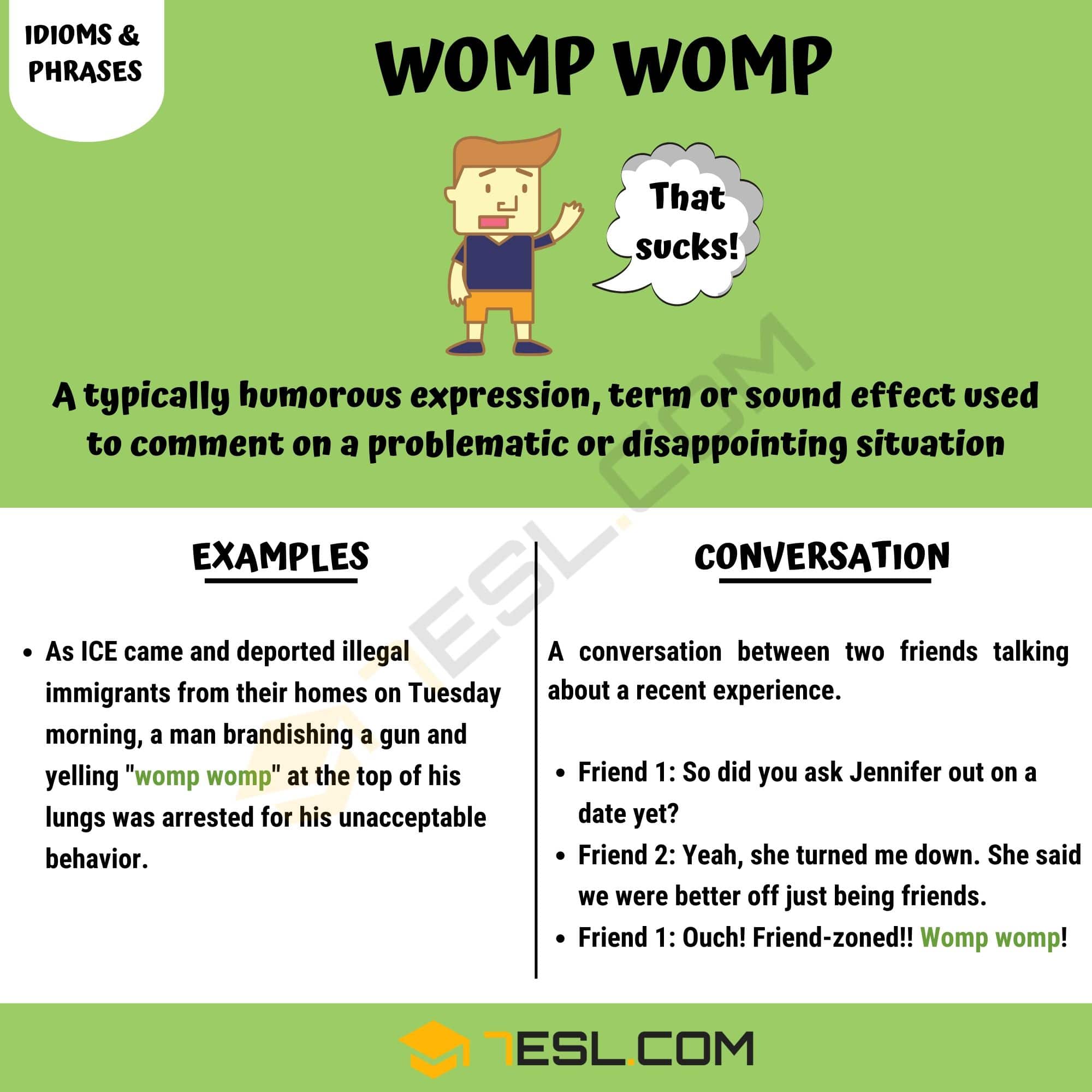