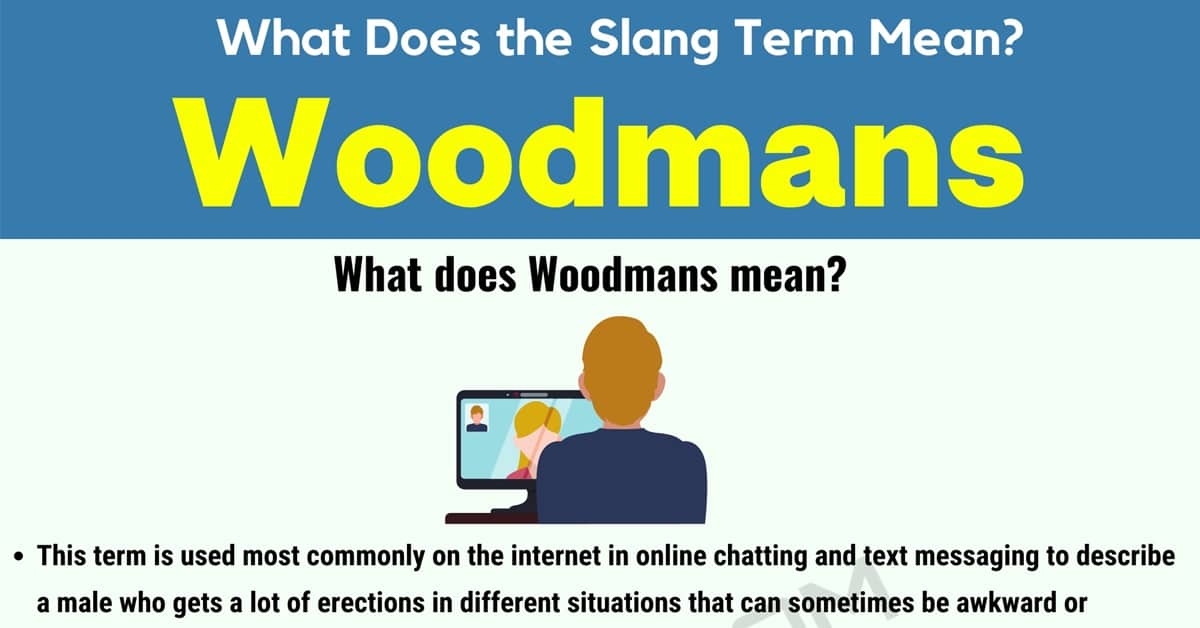 The slang term “woodmans” is not heard often, but if you have had the pleasure of seeing this term used then you are probably wondering about its meaning. Here you will find this term’s meaning, in addition to its origin and any other meanings it may have.

You will also see some example conversations that feature this term being used to help you further understand its meaning. Finally, you will see some possible synonyms for this term that can be used in place of this term to convey the same meaning.

What Does Woodmans Mean?

This term is used most commonly on the internet in online chatting and text messaging to describe a male who gets a lot of erections in different situations that can sometimes be awkward or embarrassing. It can also be used to describe a man who wakes up with an extremely stiff erection.

There is no specific origin information available regarding the origin of this slang term.

Apparently this term is also the name of a popular Midwest grocery store chain that is well-known for its low prices. Other than that, there are no other meanings known for this slang term.

There are a few words that you could use in place of this slang term that would have similar meanings. Some other things you could say instead include: 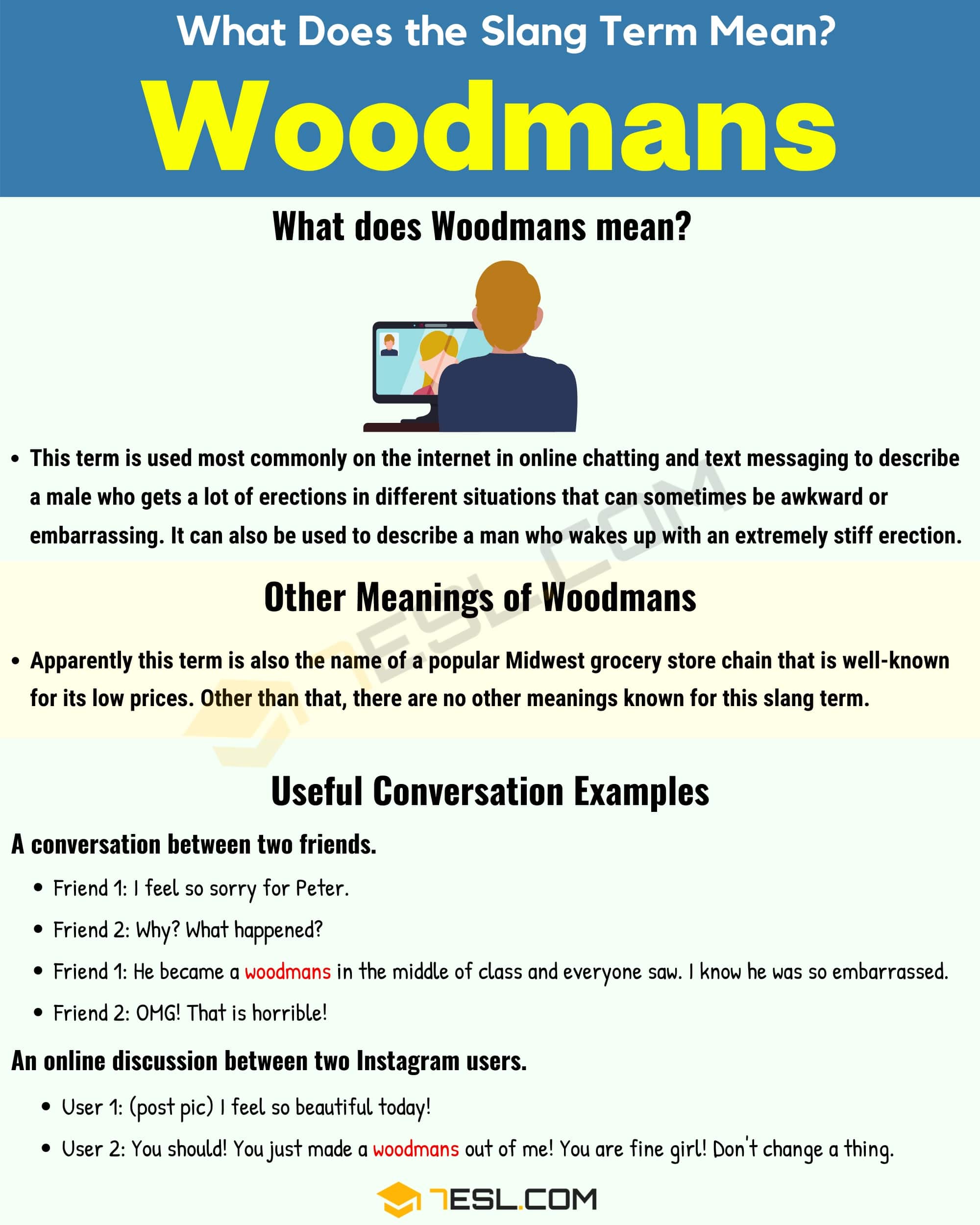