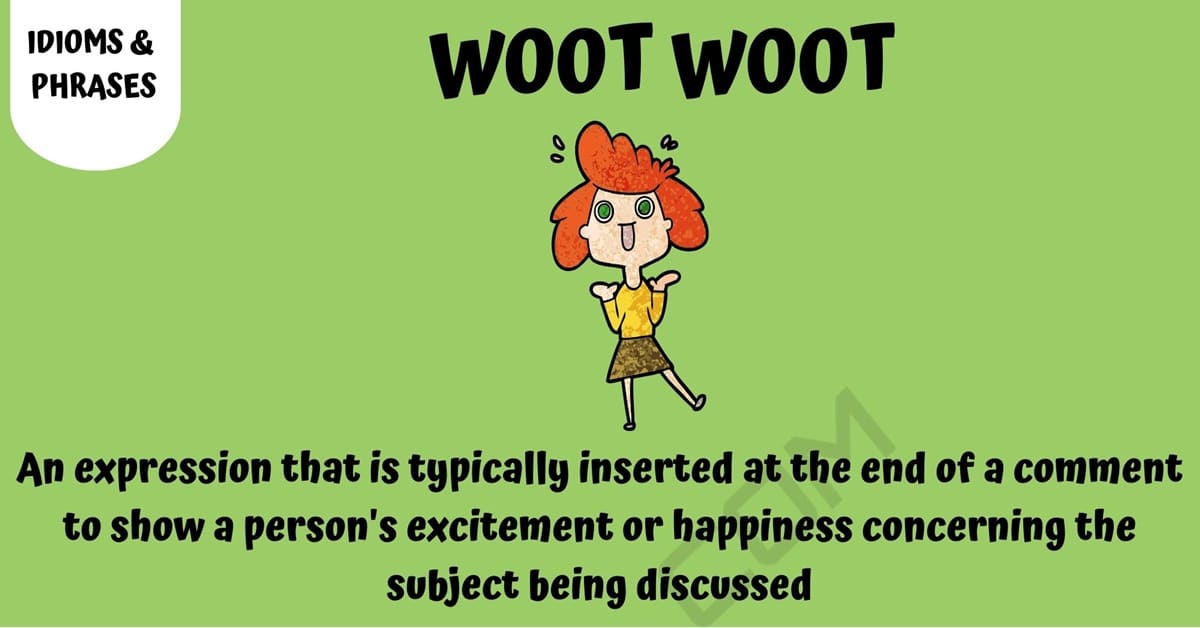 The phrase “woot woot” is one that you may hear used in conversation or online communication, but you will rarely encounter it in formal writing. Here you will find the meaning of the phrase “woot woot” and the information regarding its origin. You will also see some examples of how to properly use the phrase in conversations/statements and you will also find some other ways you can say this phrase while still conveying the same meaning.

The meaning of the phrase “woot woot” is an expression that is typically inserted at the end of a comment to show a person’s excitement or happiness concerning the subject being discussed.

Where does “woot woot” come from?

Origin of this interesting idiomatic expression

Although many alternative suggestions exist regarding the origin of the idiom “woot woot,” the actual origin is traced back to the British word woot. In Britain, people that are fans and participants in extreme sporting use the word woot as an abbreviate form of saying “what a hoot” and have done so for decades before the phrase reaching popularity in America. It was not until 1996 when the phrase was used in a popular rap song, that the term “woot woot” became widely used. As popularity grew, “woot woot” became the popular response to show excitement in many forms of online communications.

In MMORPG video gaming the phrase was changed by players to “woot woot,” spelled with double 0’s. Today, both forms of this phrase are acceptable and popular on the Internet.

A statement made to a news reporter interviewing Black Friday shoppers.

A statement made by the quarterback of the football team after winning the homecoming game.

A conversation between two co-workers talking on lunch break.

Other Ways to Say “Woot Woot”

Like most phrases, there are alternative ways to say the phrase “woot woot” and express the same meaning. Other ways you can say this phrase include: 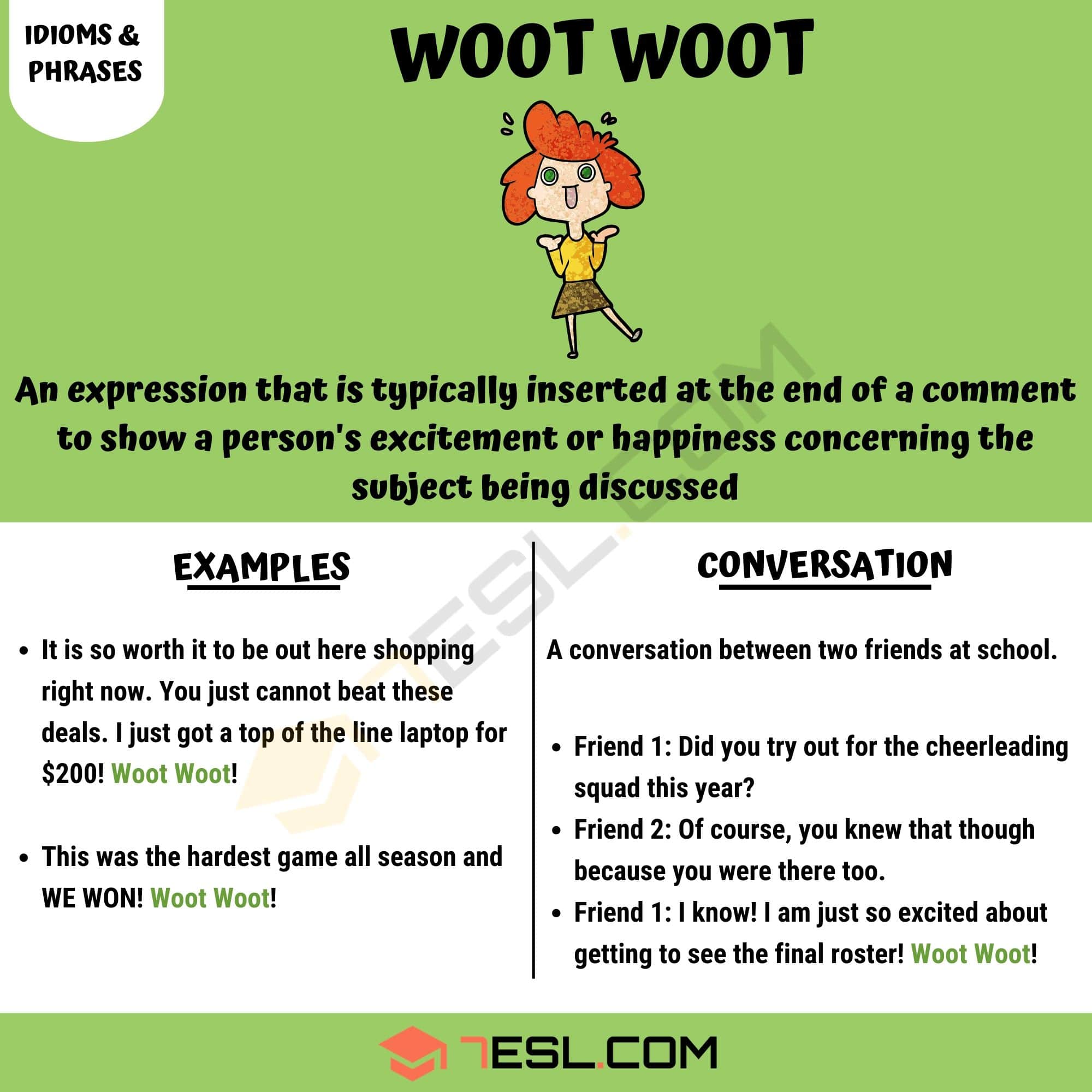