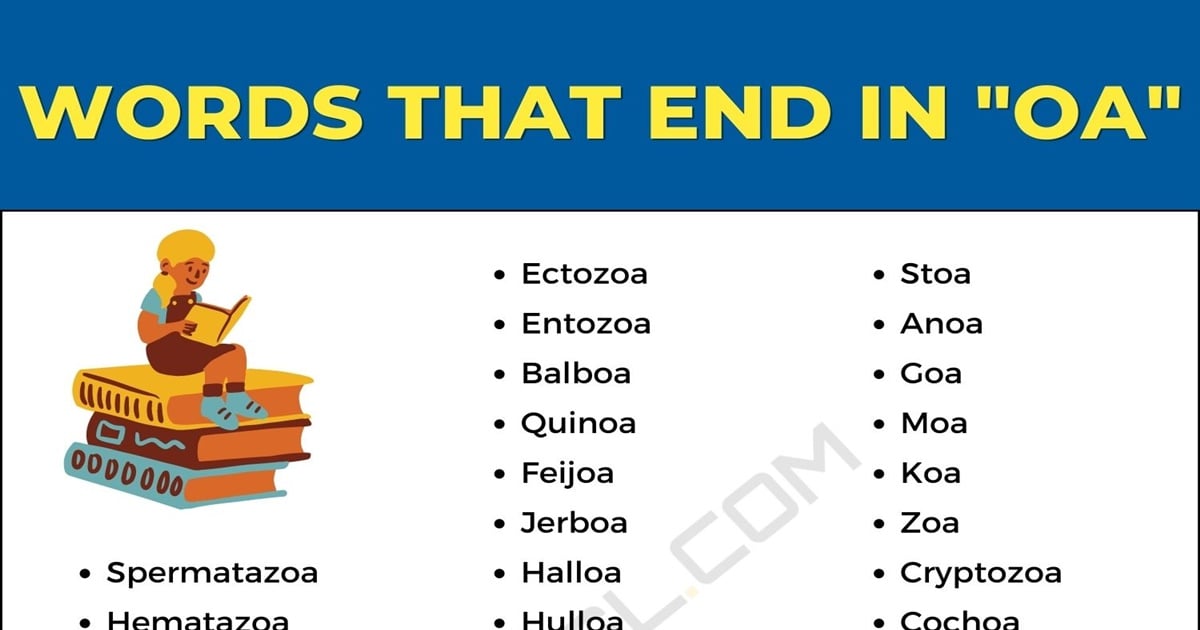 Words ending in OA! People, including yourself, come to this page for various reasons. Some individuals may just be hoping to hone their English language skills and show up to learn new words and phrases. Meanwhile, others might simply wish to add terms to their vocabulary to impress friends or co-workers. There are even those who could be stuck on crossword puzzles and need a little help.

What Are Words Ending in OA?

Regardless of why you’re here if you came to find out about words ending in OA, this is the place to be. Such expressions come in different shapes and sizes. These terms are sometimes verbs, nouns, pronouns, and other parts of speech. They can have similar meanings, but more often than not, the words do not have the same definitions. Now, it is time to look at some particular terms that end with the letters O and A.

This section will focus on words ending in OA that aren’t used all that often. Hence, you may not have even crossed their paths before. Feel free to use these terms as you see fit, but don’t fret if you’re searching for something a little more common because those words are coming up next. OA ending expressions that you may not use daily include:

3 Letter Words that End in OA

4 Letter Words that End in OA

5 Letter Words that End in OA

6 Letter Words that End in OA

7 Letter Words that End in OA

8 Letter Words that End in OA

9 Letter Words that End in OA

11 Letter Words that End in OA

Any list of words ending in OA should contain the word cocoa. It is a noun defined as a fine chocolate powder created from the ground and roasted cacao seeds. The grandma told her grandson that she was going to make him a cup of cocoa to warm up on this cold day. That is how one might use this noun in a sentence.

The term boa is a noun that can be defined in a couple of ways. First, the word can mean a constrictor snake native to Africa, America, Asia, and various Pacific islands. These creatures usually grow to great sizes, and they bear live offspring. Meanwhile, the term boa can also be defined as a long decorative scarf made of feathers. The woman who wore the boa to complete her outfit won the costume contest is how to use the latter in a sentence.

Whoa is an expression that people regularly use while talking. However, you probably won’t find it in tons of writings. It is an exclamation with two definitions. One meaning is to that it is used to express alarm, interest, or surprise. Then, it can also be defined as a command to make a horse stop/slow down or a way to urge a person to stop or wait. If you wanted to say or write something with this word, you could say something similar to, “Whoa, slow down Bill, you almost ran right into that deep hole!”.

The hope is that you now have all the info you could ever need on words ending in OA. However, don’t worry if you need other words. This list barely scratches the surface, and there are others available. So, if something else is required, just do a little research, and you should be able to find what you need in the blink of an eye. 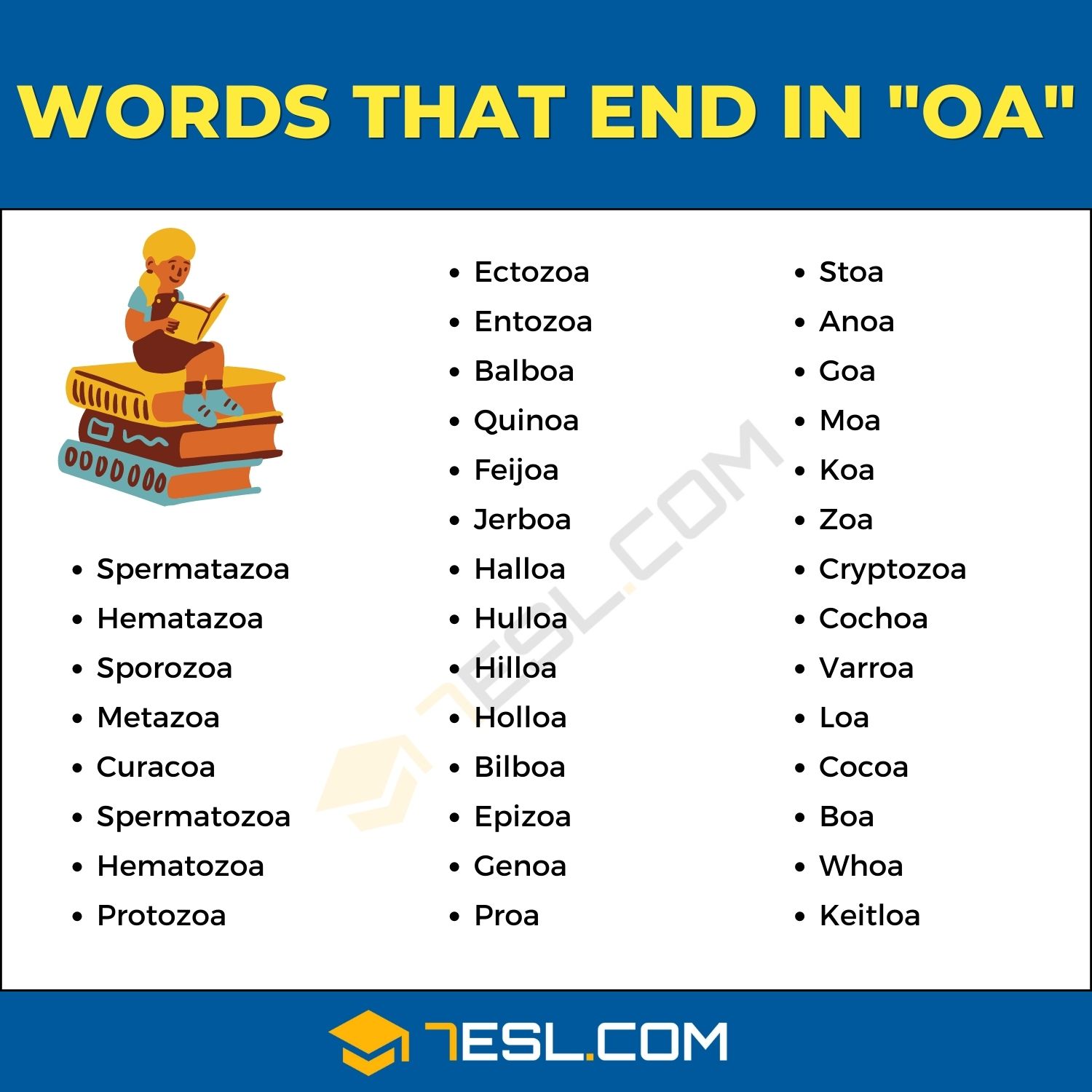