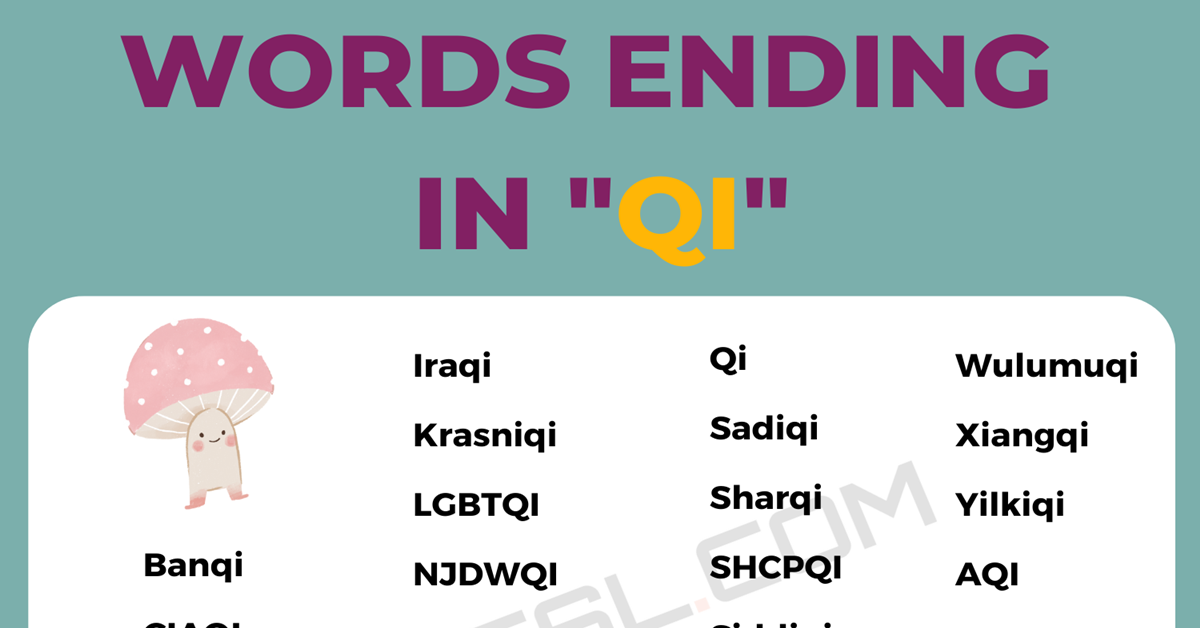 Words are very much a part of our daily lives. The fun part with words is that we don’t even consider what combination of letters makes up the words. Many people often wonder how to spell words. Words that end in QI are part of this as well, making up many different combinations of letters to form words.

What are Words that End in QI?

Word that End in QI with Meanings

Here are some words that end in QI:

Qi – This word is a variant of the word chi.

Urumqi – A city in the northwest of China. It is in the Tian Shan and the capital of Xinjiang.

Banqi – It is a type of Chinese Chess with two players. Also known as half chess, dark chess, or blind chess. It is played on a 4×8 chess board, which is half the size of a typical Chinese Chess board. This is typically looked at as a fast version of chess, as it usually only lasts around 20 minutes. But it can last as long as an hour.

We found that commonly, words that end with QI are usually acronyms as well. We hope you learned something new with this article and learned a few new words to use around your friends, because we sure did. 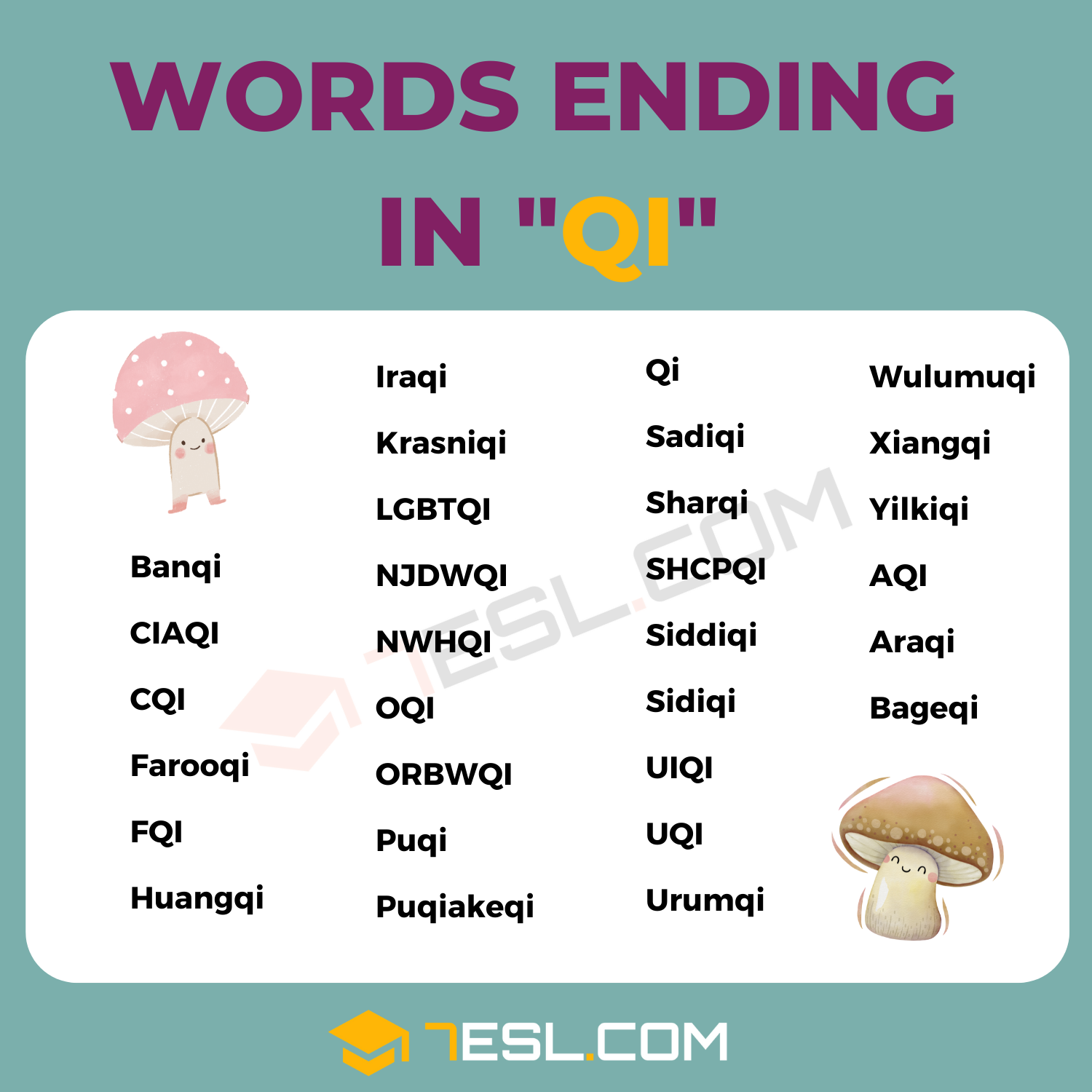