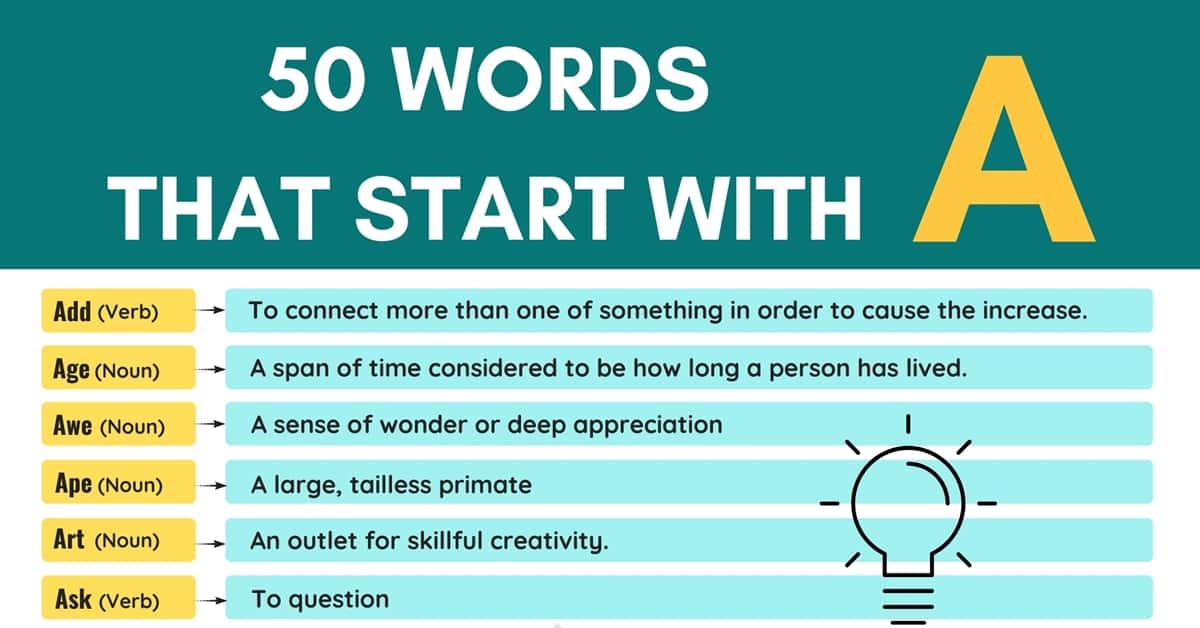 There are words we use every day, several times a day. In other words, while still interesting and very necessary, just don’t get used that much, for some reason. In this article, we are going to take a look at a list of 50 words that begin with A with meanings and example sentences.

Words that Begin with A

The words in this list begin with the “smile letter” – the letter A. It is called that because, in order to say it well, a person is almost forced to put a nice big smile on their face. Perhaps a better nickname would the feel-good letter since smiling is known to release all sorts of chemicals that lighten your spirits. We can start here, calling A the feel-good letter.

Below is a list of some of the most common words that start with A, the feel-good letter. Now, don’t forget to smile when you say the “long” A’s! (You can even smile when you aren’t saying them! We won’t tell!)

Words that Begin with A with Their Meanings and Examples

Words That Begin With A | Infographic