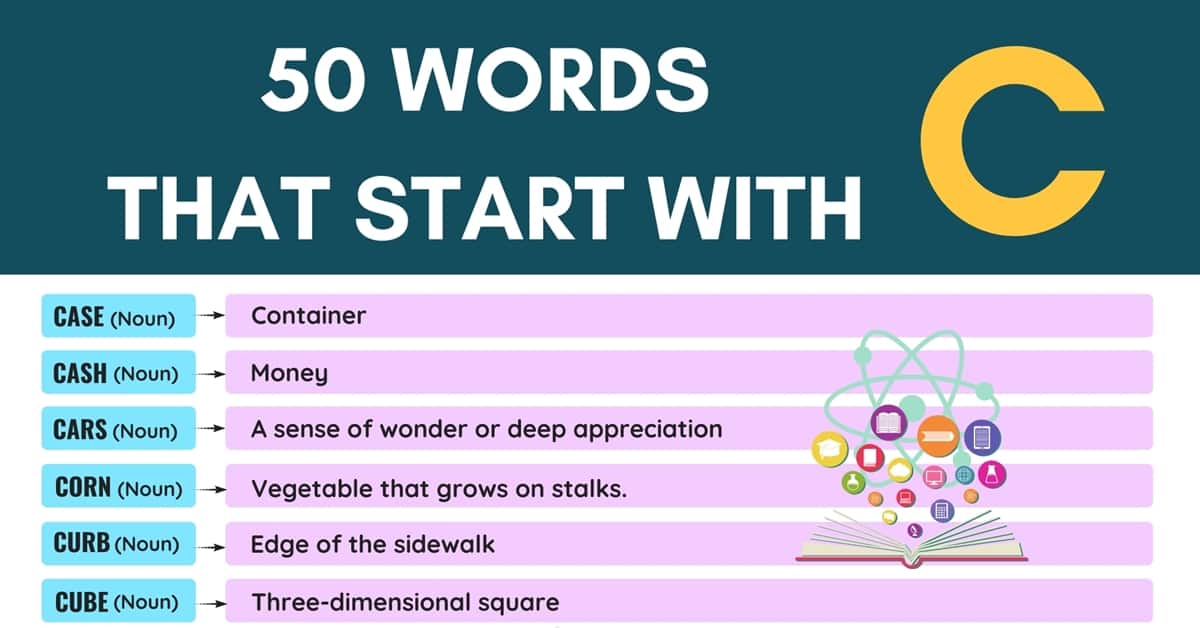 There are words we use every day, several times a day. In other words, while still interesting and very necessary, just don’t get used that much, for some reason. In this lesson, we will show you a list of 50 common words that begin with C with meanings and useful example sentences.

Words That Begin With C

Whether you’re saying CAT, CHANCE, or CEASE, there’s one thing about the letter “C” you can count on. It’s a very adaptable letter. No, no, not adoptable. You won’t be taking it home and putting booties on it. It’s adaptable. The “C” sound changes a lot, making sure words have what they need. Hmm…do you suppose it could change into a million dollars and give us what we need? Just a thought. Even if a million dollars is out, we still have…

Words That Begin With C with Meanings and Examples

Words That Begin With C | Infographic

Learn more with a list of thousands of C words in English.

100 hard words and their meanings