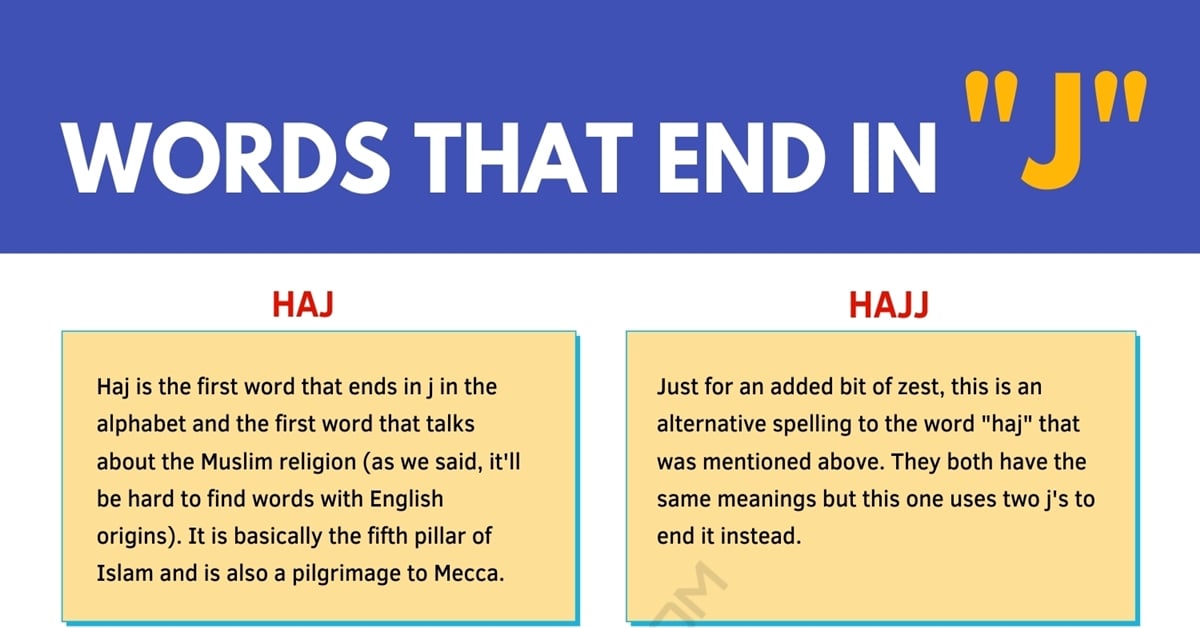 J is easily one of the most elusive letters in the English alphabet and one of the least likely to be used in any words used daily. You might be able to think about words like “jump” or “just” quickly, but if you really delve into it, you’ll have a rough time thinking of much more than that. Of course, it gets even more difficult to think of words when you only looking at words that end in j.

There are a few out there, though they are very rare and they’re even harder to try and include in a normal sentence. However, we will cover them for you today so that you can see how you might be able to use them and what they mean. We can almost guarantee you probably haven’t heard these words before, so don’t feel too bad if you’re unfamiliar with them.

Words that End In J

What Are Words that End in J?

Any words that end in j can be included in the list below. However, because of the scarcity of the letter j in the English language, it’s pretty difficult to find words that actually end with the letter at all. They often have more foreign origins than a lot of other words in the language and will be pretty hard to try and work into a sentence.

If you haven’t seen these words before, you’re not alone. They mostly have Indian or Asian links (which is much more common to find j being a usable letter in their speaking). However, there are ways they can be used in sentences if you understand their meaning. You’ll find the most likely place to use them is actually more in writing rather than in speech. A lot of the words are actually nouns that can be included in prose over anything else.

Leanr more with the list of words that start with j.

Words that End in J and Their Meanings

Haj is the first word that ends in j in the alphabet and the first word that talks about the Muslim religion (as we said, it’ll be hard to find words with English origins). It is basically the fifth pillar of Islam and is also a pilgrimage to Mecca.

Just for an added bit of zest, this is an alternative spelling to the word “haj” that was mentioned above. They both have the same meanings but this one uses two j’s to end it instead.

A self-governing body in British India. Again, this was only around in the time of raj and has since been eradicated, but it is still a valid word.

A taj is a tall cap shaped like a cone that is worn in Muslim countries all over Asia. It is also the first word used in the well-established Asian building “the Taj Mahal”.

Words That End In J | Image 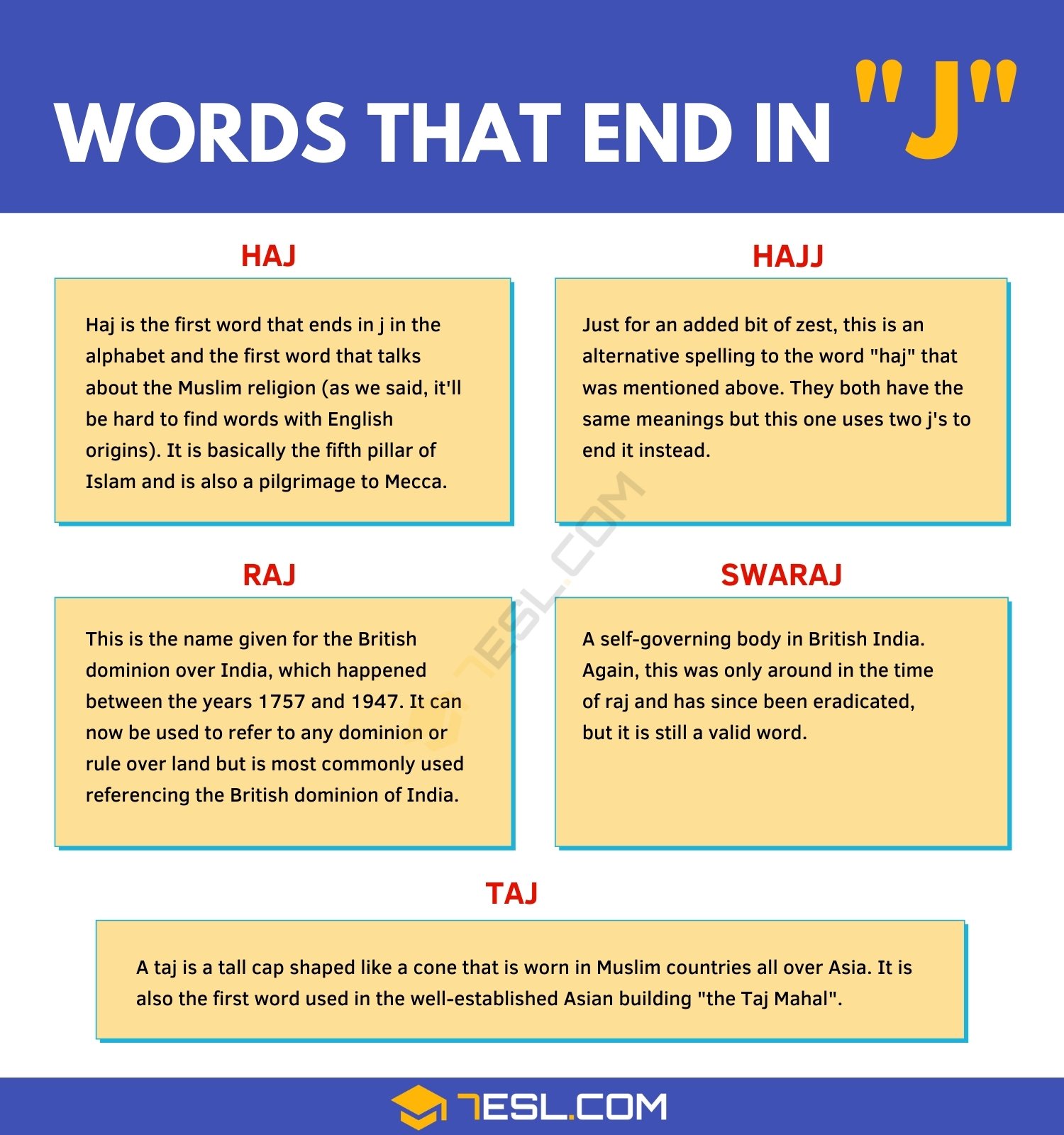