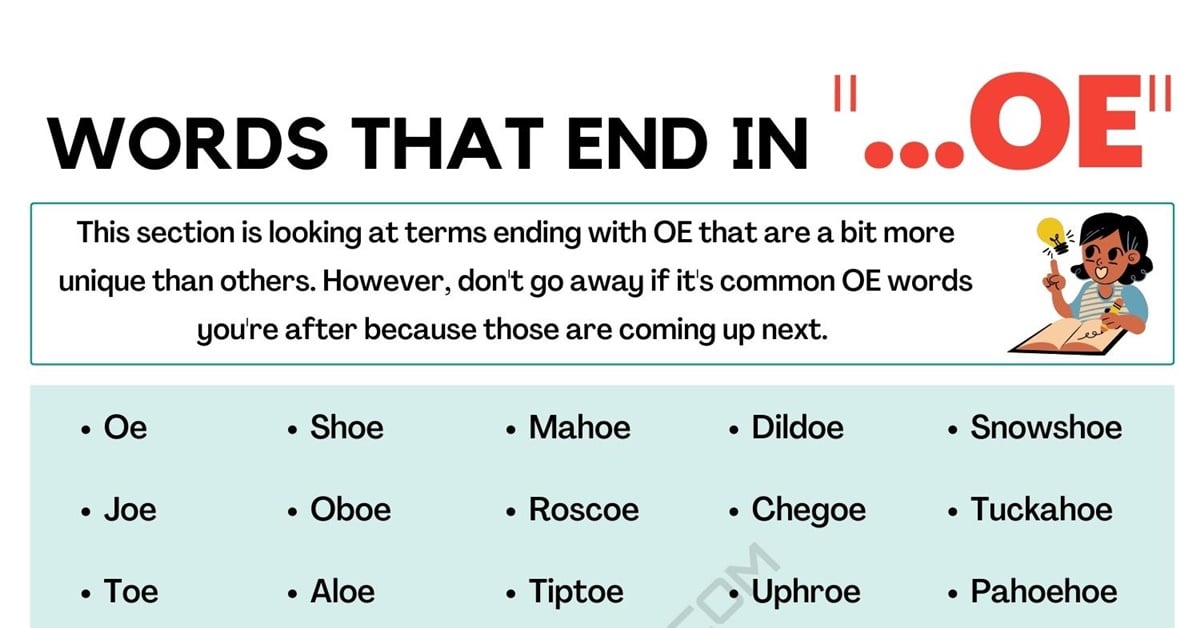 What are words that end in oe? Words, words, and more words are what the English language consists of. Some are big, and some are small. Some have similar meanings, while others don’t even come close to being defined as one and the same. In addition, terms typically do not look the same because they contain different letters in different places. However, words that end in OE are today’s focus. What makes them comparable is the fact that they conclude with the letters O and E.

Words that End in OE

What are Words that End in OE?

Words that end in OE are just that, words with the characters O and E at the end. Yet, the terms are so much more than that too. They can be verbs, nouns, and other parts of speech. The words sometimes describe actions or people, places, things, etc. Why are you looking for one or more of these OE terms? Is it to complete a crossword puzzle, or do you want to strike up a conversation with co-workers? Whatever the case, you’ve come to the right place.

This section is looking at terms ending with OE that are a bit more unique than others. However, don’t go away if it’s common OE words you’re after because those are coming up next. But first, expressions you probably won’t use in everyday speech include:

5-Letter Words that End in OE

6-Letter words that End in OE

7-Letter Words that End in OE

8-Letter Words that End in OE

9-Letter Words that End in OE

11-Letter Words that End in OE

The term backhoe is a noun. It is a mechanical excavator with a bucket attached to a boom. People use the unit to dig trenches and clear land. You can make statements or ask questions using the word. An example of the latter would be, “Did you see how easily that backhoe was able to dig through the dirt?”.

Horseshoe is also a noun, but it can be defined in two ways. The first definition is a U-shaped piece of iron nailed to a horse’s hoof to protect it. Then, the second meaning is something shaped as a horseshoe, such as a valley or a pond. The horseshoe was no longer effective, so the man had to call a farrier to replace it and protect his horse’s feet. That is an example of how to use this noun in a sentence.

Next on this list of words that end in OE is tiptoe. This term can be used as a noun or a verb. As a noun, it means being balanced on the ends of the toes or alert/aroused. Meanwhile, as a verb, the word is defined as to walk or proceed with caution. To use tiptoe as a verb, one might say something like, “The hero tiptoed past the dragon to save the princess.”

Hopefully, you now better understand words that end in OE. However, this list barely even begins to scratch the surface. In other words, there are loads of different terms with O and E at the end. So, if you need more, don’t hesitate to look online or in a dictionary.

Words that End in OE | Image 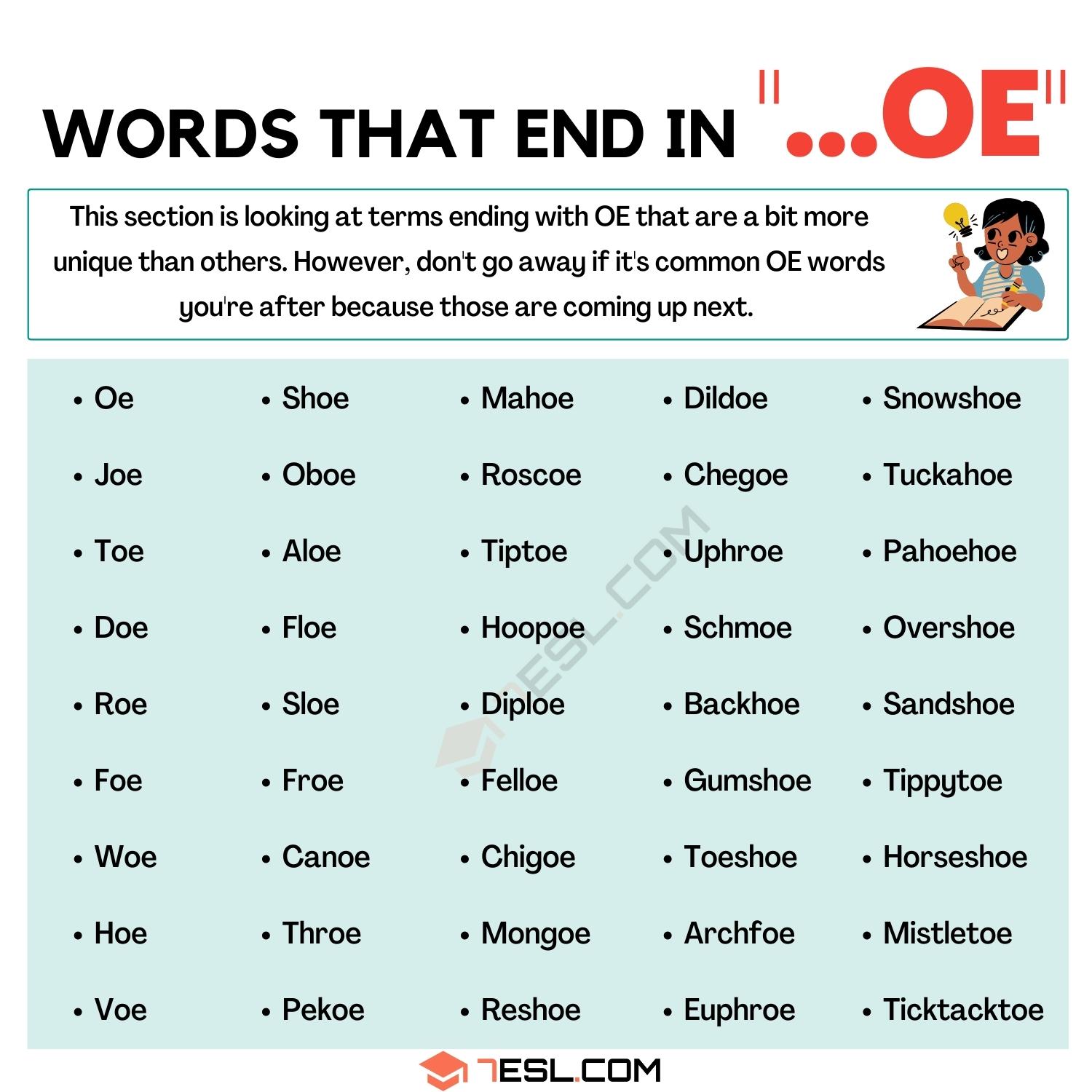