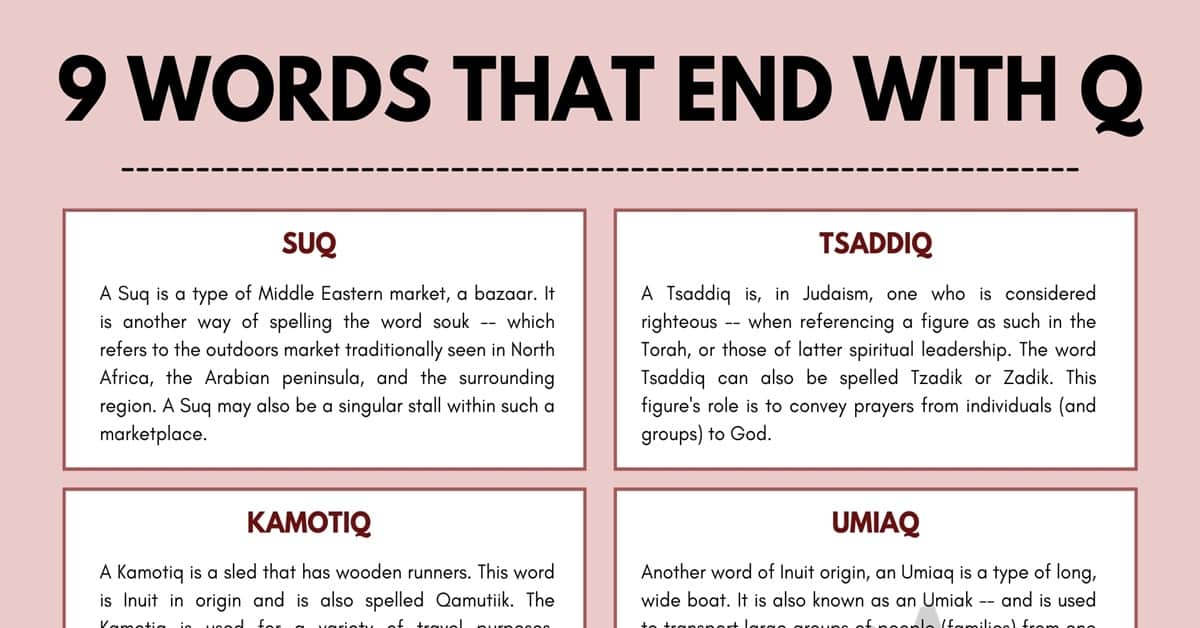 Words That End In Q

A Suq is a type of Middle Eastern market, a bazaar. It is another way of spelling the word souk — which refers to the outdoors market traditionally seen in North Africa, the Arabian peninsula, and the surrounding region. A Suq may also be a singular stall within such a marketplace.

A Tsaddiq is, in Judaism, one who is considered righteous — when referencing a figure as such in the Torah, or those of latter spiritual leadership. The word Tsaddiq can also be spelled Tzadik or Zadik. This figure’s role is to convey prayers from individuals (and groups) to God.

A Kamotiq is a sled that has wooden runners. This word is Inuit in origin and is also spelled Qamutiik. The Kamotiq is used for a variety of travel purposes, including hunting trips that can last several days long. Alternately, it can be used to transport family members over ice and snow.

Another word of Inuit origin, an Umiaq is a type of long, wide boat. It is also known as an Umiak — and is used to transport large groups of people (families) from one coastal hunting ground to another. This boat consists of whalebone, driftwood, and seal or walrus skin, sealed with oil.

Ishq is an Arabic word that means “passion” or “love”. Classical interpretations of the word Ishq determine it to reference a desire to receive the affections of a beloved entity. This word is used in several countries with different romantic, sensual, spiritual, poetic, and religious connotations.

A Riq is a type of tambourine, an Arabic musical instrument. The Riq is some 20 centimeters in diameter, constructed of a wooden frame, twenty or so cymbals (ten pairs), and a striking surface. The striking surface is traditionally made of goat or fish skin — but can be made of composite material.

A Sambuq (from the Persian Sanbuk) is a type of wooden boat. Specifically, it is a triangular-sailed sailing vessel that likely originated in India around 600 BC to 600 AD. In more recent times, the craft has been used as a fishing or pearl diving boat in the area of the Persian Gulf and the Arabian Peninsula.

A Qulliq is a type of lamp used by the Inuit, Yupik, and Chukchi people. It is a lamp that is specifically designed to burn for long periods of time in a relatively smokeless fashion. It is created from soapstone or pottery, a wick made of cottongrass or moss, and burns seal or whale-based oils.

Qajaq is the term for the traditional kayak of Greenland. Used by the Inuit people, the Qajaq is tailor-made for each individual.

Words Ending In Q with Pictures 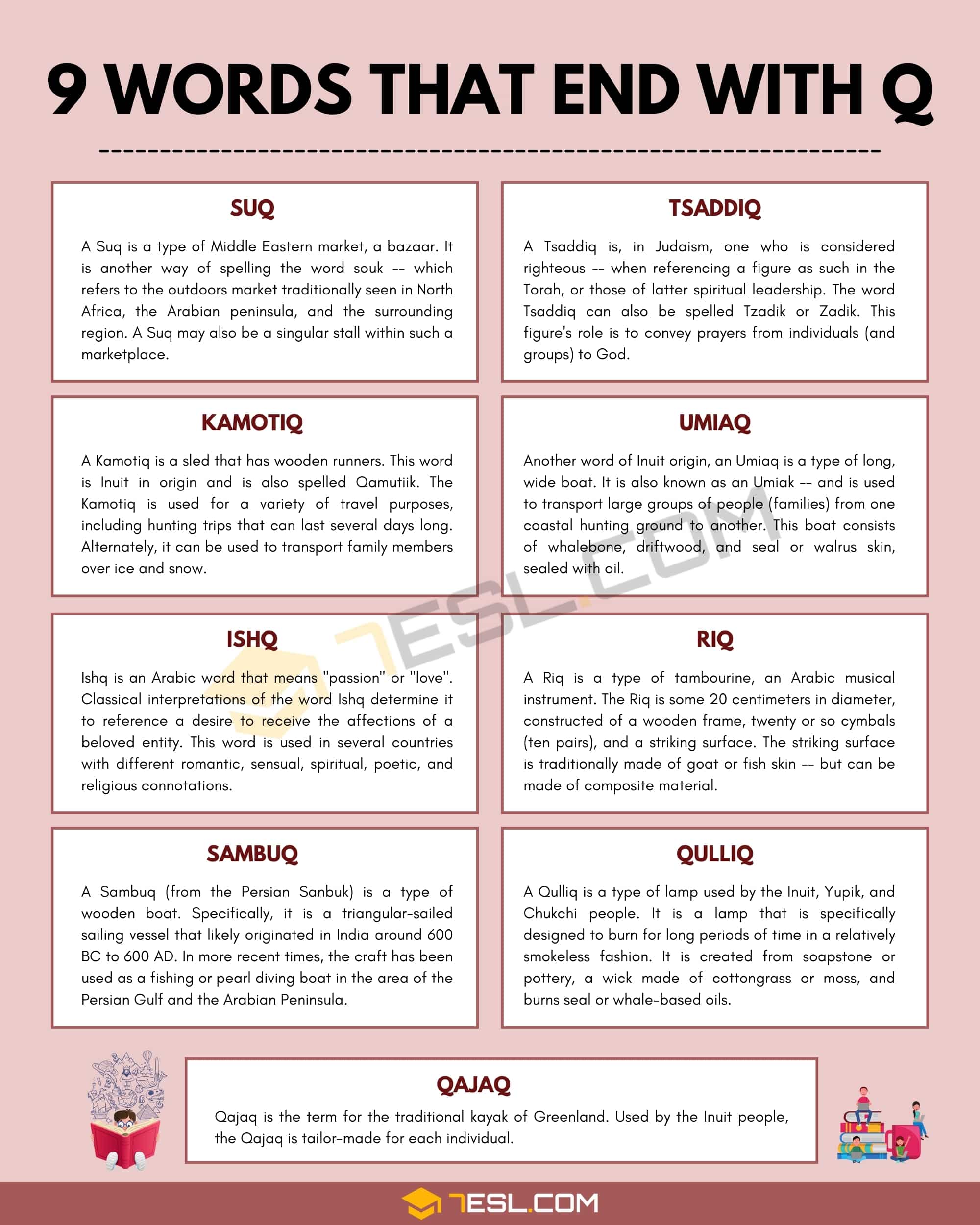