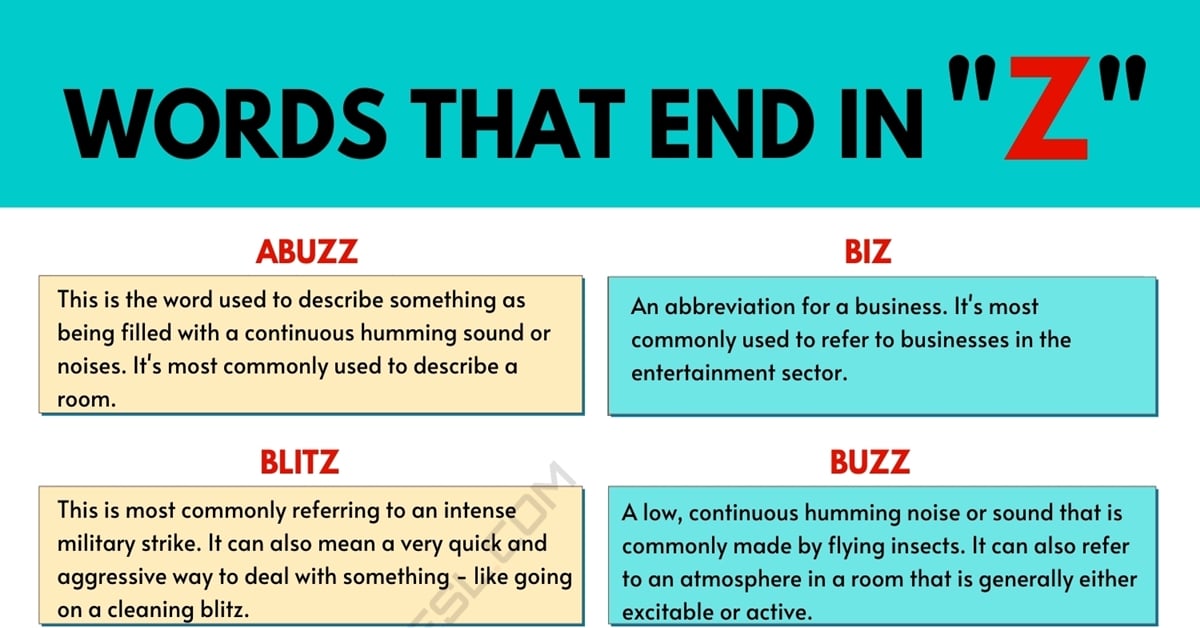 It’s no secret that “z” is one of the least commonly used letters in the English language. It’s also no surprise then that the letter “z” really isn’t used in all that many words as an ending. In fact, it’s pretty rare to come by almost any words that end in z. Nevertheless, there are a few out there that you should know about and we’ll include the meanings for the best ones to help you possibly use them in the future

Words that End in Z

What Are Words that End in Z?

Words that end in “z” can be difficult to find a use for in everyday speaking. Of course, there are exceptions to this case, like the word “buzz” which is fairly easy to include just about anywhere. However, most words that end in “z” are very situational and you should pay close attention to when you use them. Don’t worry though, that’s what our list is intended to do. It’ll help you understand the most important “z” ending words.

Learn more with the list of words that start with z.

Words that End in Z and Their Meanings

An abbreviation for a business. It’s most commonly used to refer to businesses in the entertainment sector.

This is most commonly referring to an intense military strike. There have been many blitzes seen throughout history. It can also mean a very quick and aggressive way to deal with something – like going on a cleaning blitz.

A low, continuous humming noise or sound that is commonly made by flying insects. It can also refer to an atmosphere in a room that is generally either excitable or active.

A Hebrew type of food. It is either leaven (commonly used in dough) or any food that gets mixed with leaven.

This French word is used in the English language to literally mean “at the home of”.

A type of fabric that is most commonly used for curtains and other upholstery.

A word used to refer to a person that’s brain seems to be working at 1,000 miles an hour. It is synonymous with terms like “scatterbrain“.

A red, flat-topped hat most commonly associated with Muslim countries.

Bubbles in a liquid that can make a hissing sound.

Generally used to refer to hair that is a complete mess or formed of small, tight curls.

You might not have heard of this, but it’s a good alternative when saying somebody is wasting time or spending time idly doing nothing in particular. You can “futz around” for example.

Most commonly a farm or communal settlement in Israel.

A unit of frequency that is used to measure one million hertz.

Used to refer to a display that is designed to impress or attract people. It is most commonly associated with theatre or show productions and is a common word in entertainment.

Words that End in Z | Picture 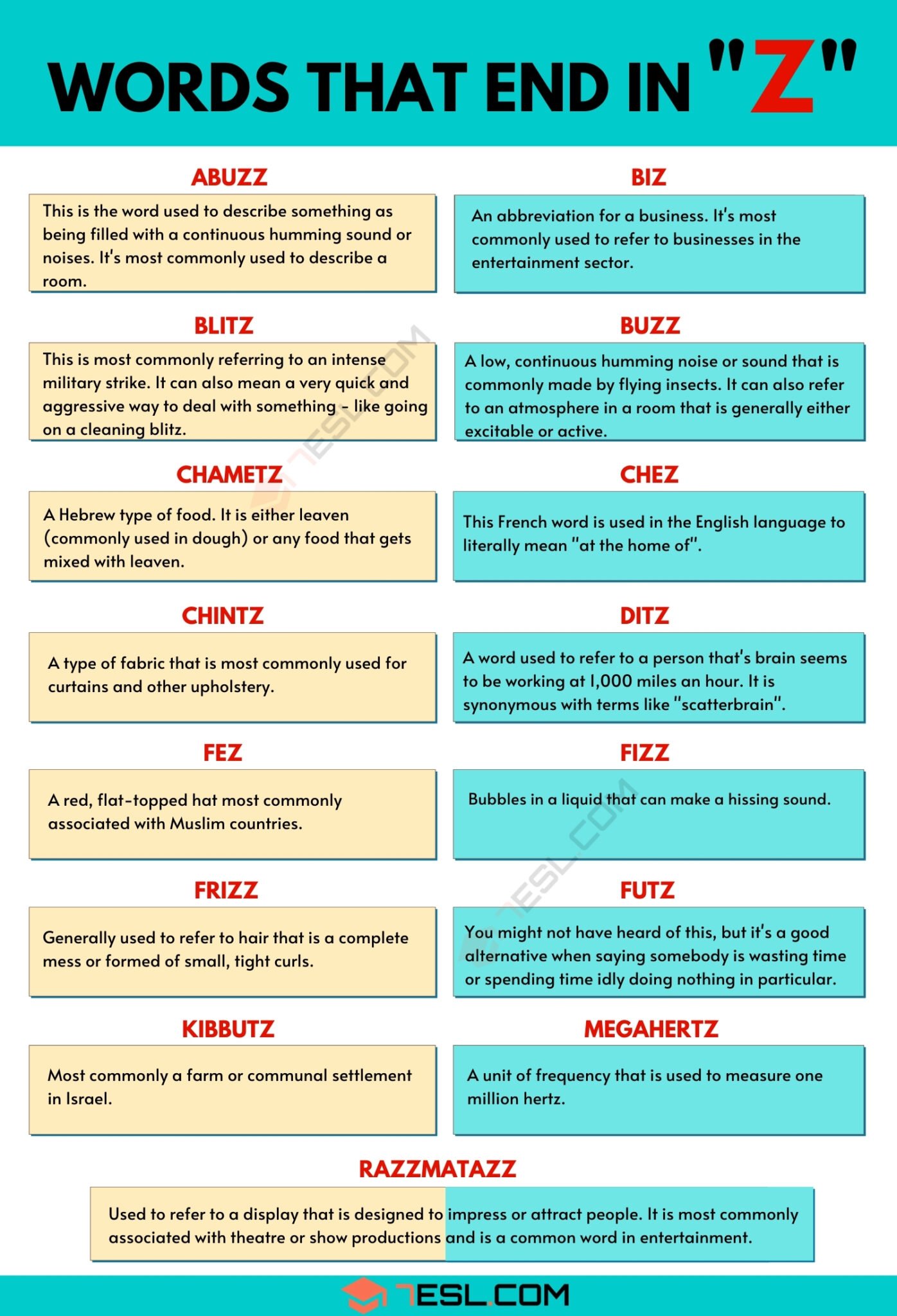