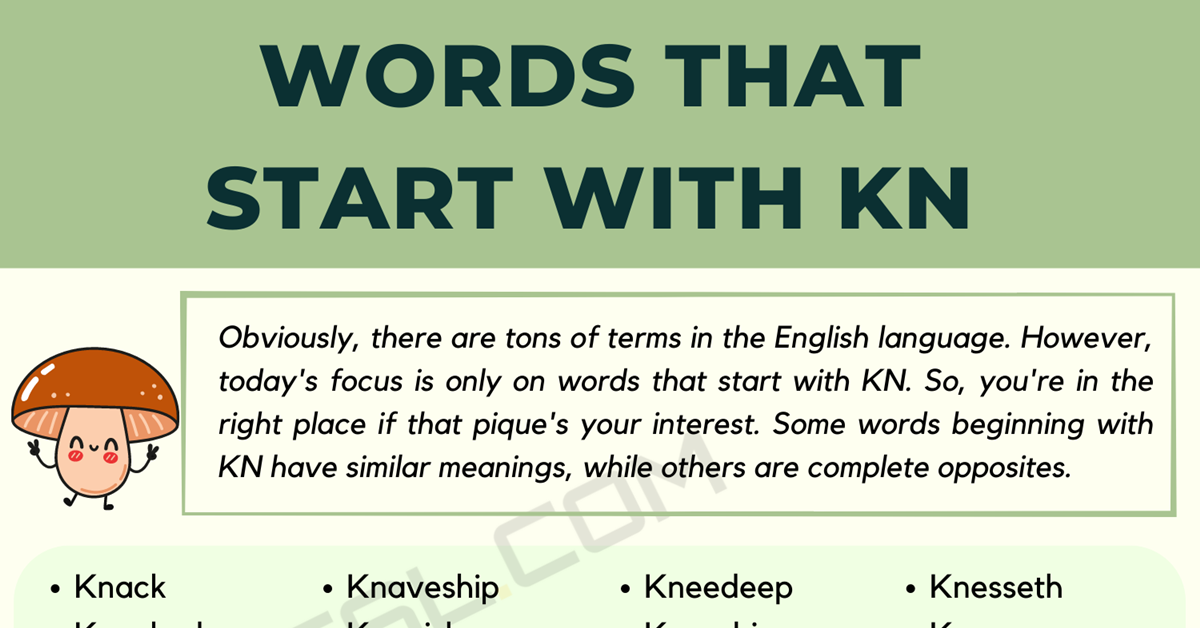 What are words that start with KN? English is one of the most used languages in the world. It is the official language of many countries, including Canada, Australia, the United Kingdom, and the United States. The English Language originated from Anglo-Saxon kingdoms in England and has been influenced over the years by the likes of languages such as Norman French, Old Norse, and Latin. If you believe English isn’t used all that commonly, give this stat a look. It is estimated that 1.5 billion people speak English across the globe.

Words that Start with KN

What are Words that Start with KN?

Obviously, there are tons of terms in the English language. However, today’s focus is only on words that start with KN. So, you’re in the right place if that pique’s your interest. Some words beginning with KN have similar meanings, while others are complete opposites. In addition, the expressions can be different parts of speech, such as verbs, nouns, adjectives, etc.

This section contains words that begin with the letters K and N, which aren’t all that common. Or, to put it another way, you might not say or use them daily. Don’t fret, though. More familiar expressions are coming up shortly. But first, KN terms you may not have seen or heard before include:

Words That Begin with KN with Meanings

The word knob is a noun with quite a few meanings. It can be defined as a rounded lump or ball at the end of something, a handle on a drawer/door, a lump of a substance, and a button that controls or adjusts a machine. So, as you can imagine, there are many ways to use the term in a sentence, but only one example will be provided here today. If you want to use this noun in a sentence, you might say or write, “The driver couldn’t switch the station because the car radio’s knob broke.”

Next up on this list of words that start with KN is the word knock. It can be used as a verb and mean to strike a surface noisily to attract attention, collide with someone or something, or criticize. However, the term can also be a noun defined as a blow or collision, a sound caused by a blow, or a critical comment. The man had to knock on the door to get the owner to let him inside. That is an example of how to use this KN word as a verb in a sentence.

The word knuckle can also be a noun or a verb. As a noun, the term means the joint of a finger. Then, as a verb, its meaning is to rub or press something with the knuckles. To use the word knuckle in a question, one might ask, “Did your knuckle get broken when you were playing football?”.

As you can see, there are many words that start with KN. However, the ones on this list aren’t even close to being all of them. So, don’t hesitate to bust out a dictionary or perform an online search to uncover other terms that begin with the letters K and N if need be.

Words that Start with KN | Image 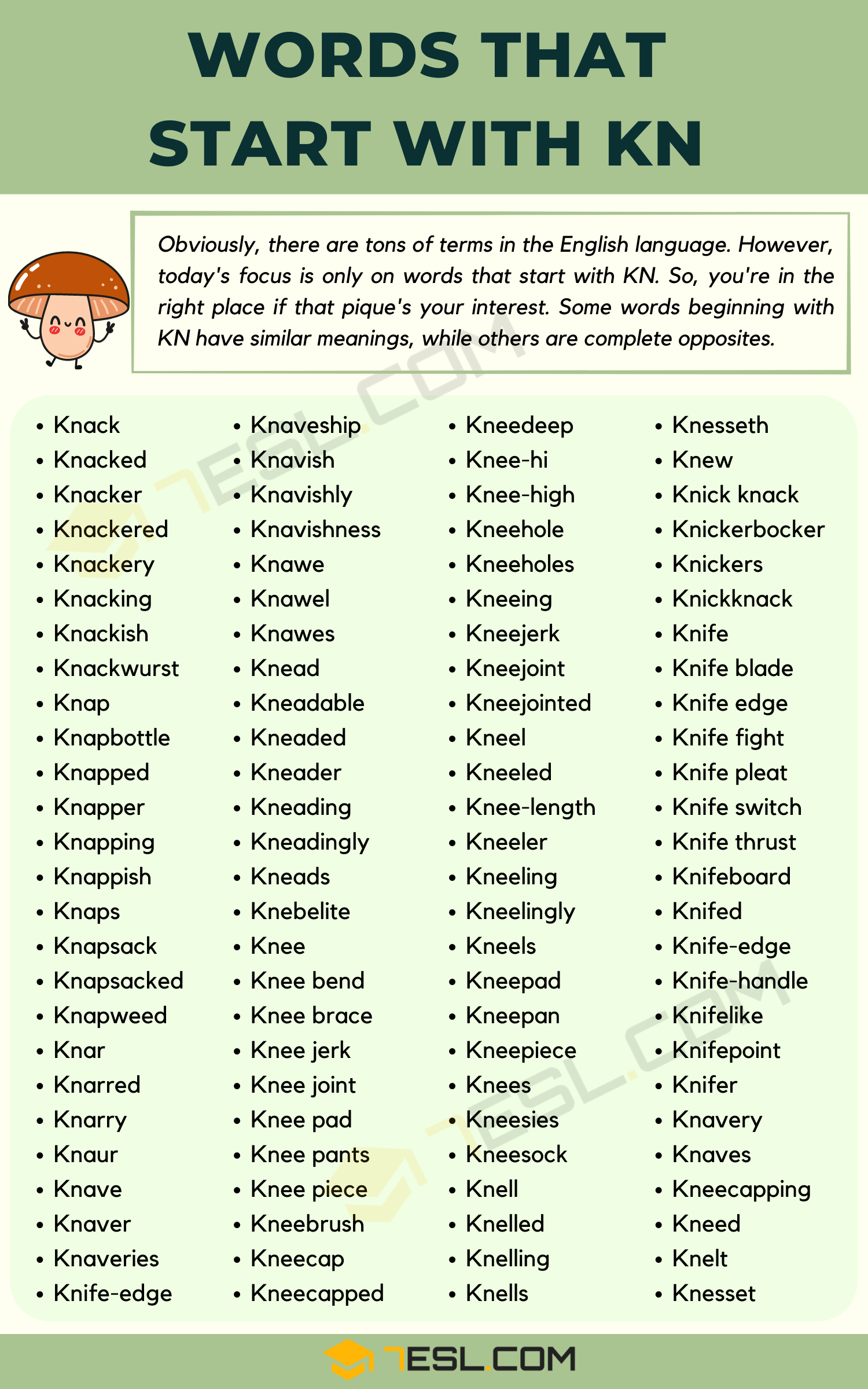