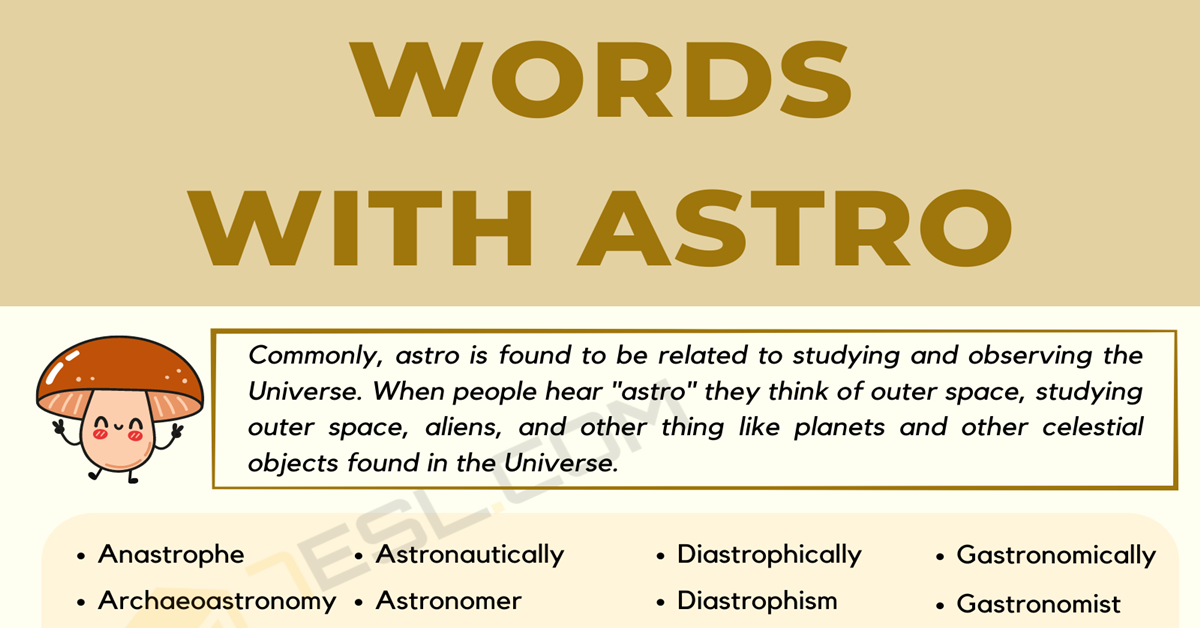 Words are very much a part of our daily lives. The fun part with words is that we don’t even consider what combination of letters makes up the words. Many people often wonder how to spell words. Words with astro are part of this as well, making up many different combinations of letters to form words.

What are Words with Astro?

Words that have Astro in them with Definition

Here are some words that have astro in them:

Plastron – this is usually a metal breastplate that is worn under a coat of mail.

Astronomy – this is the scientific study of phenomena and matter in the Universe. This is especially with outer space.

Astronaut – this is a person that is trained how to pilot, navigate, and be a crew member in a spacecraft.

Astrology – this is the study of motions and positions of celestial bodies, in the belief that they influence the course of natural occurrences or human affairs.

Disastrous – this is an extremely bad disaster, which causes great distress.

Gastronomy – this is the art and science of eating good and healthy.

Astrophysicist – this is a branch of applies physics that deals with astronomical phenomena. An astronomer who studies physical properties of celestial bodies.

Enterogastrone – this is a hormone commonly released by the upper intestinal mucosa that helps inhibit gastric motility and secretion.

Catastrophic – relating to a catastrophe. Usually extremely harmful, and bringing either physical pain or financial ruin.

Ecocatastrophe – word found in the Environmental sciences. Usually it is a disaster caused by human behavior, that has a really horrible effect on the environment and ecosystems.

Astrocytic – any group of cells that are star-shaped. Relating to astrocytes or star-shaped neuroglial cells. This branches off of studying neurology.

We discussed that astro has a common meaning typically, and that people often think of outer space and the Universe. We hope you learned something new with this article and learned a few new words to use around your friends, because we sure did. 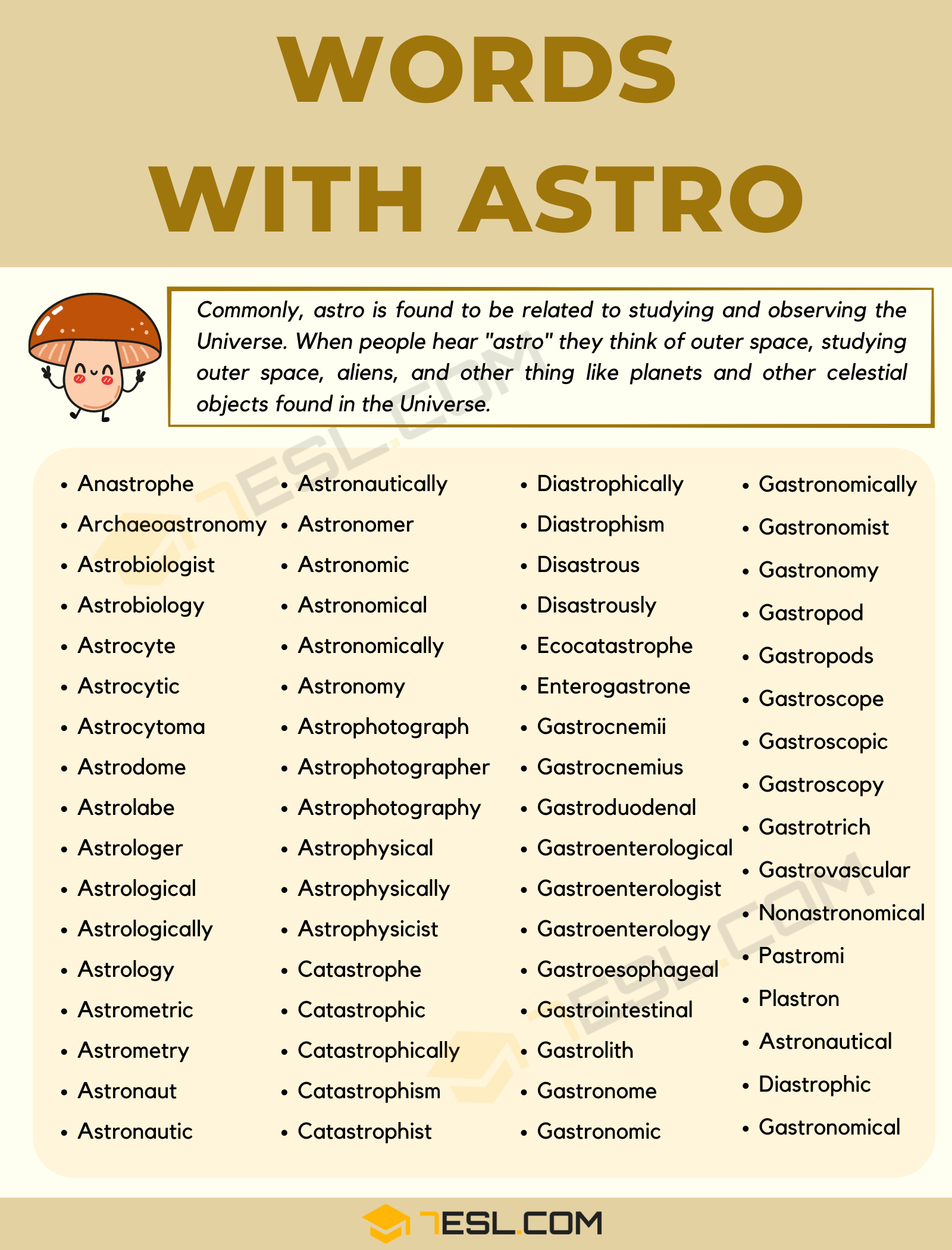