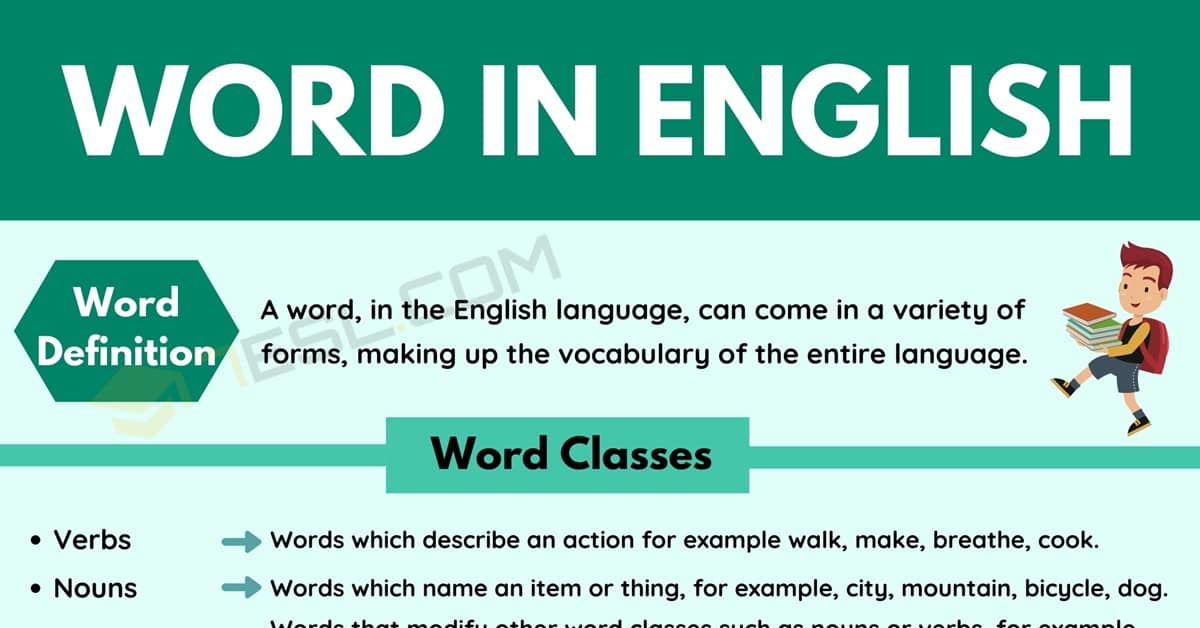 In this article, we are going to be looking at the various different types of words found in the English language. We will do this by taking a look at the different word classes and word forms and also by looking at different examples to further show the use of each type of word.

A word, in the English language, can come in a variety of forms, making up the vocabulary of the entire language.

There are four main word classes in the English language and five minor ones, making nine in total. These word classes are as follows:

There are various forms of each and every word in the English language, and depending on how you want to convey the word, which tense it is being used and other factors will depend on the word formation. For example, the verb to eat can be formed in the following ways: eat, eats, eaten, ate. The same is true of many other words in various classes, let’s look at another example, the adjective blank, this word might be formed in the following ways; blank, blankly, blankest, blanker.

Word forms are the various ways in which a word might exist within the language. A word might be seen as more than one type of word class, depending on its formation and use. In order to further understand this concept, let’s take a look at an example.

The word beauty can be formed in various different ways, as follows;

Word forms usually fall into a category of their own. We are now going to take a look at the different types of word forms which are seen regularly within the English language.

A prefix is a group of letter which comes before the main part, or root of a word, therefore giving a new or modified meaning. Let’s take a look at common prefixes and some examples of their use.

A suffix is the opposite of a prefix and is a group of letter which can be added to the end of a word in order to alter or modify its meaning. Let’s take a look at some examples of suffixes which are used often within the English language.

A contraction is a word which is in a shortened form and is a very common grammatical object seen within the English language. We will now take a look at some common contractions and their meanings.

There are question words which begin with the letters wh which are placed at the beginning of a sentence which is a question. Let’s take a look at examples of these words and how they can be used.

In the final part of this article, we are going to look at a selection of further examples for each of the word classes which can be used as a reference when speaking or writing in English. 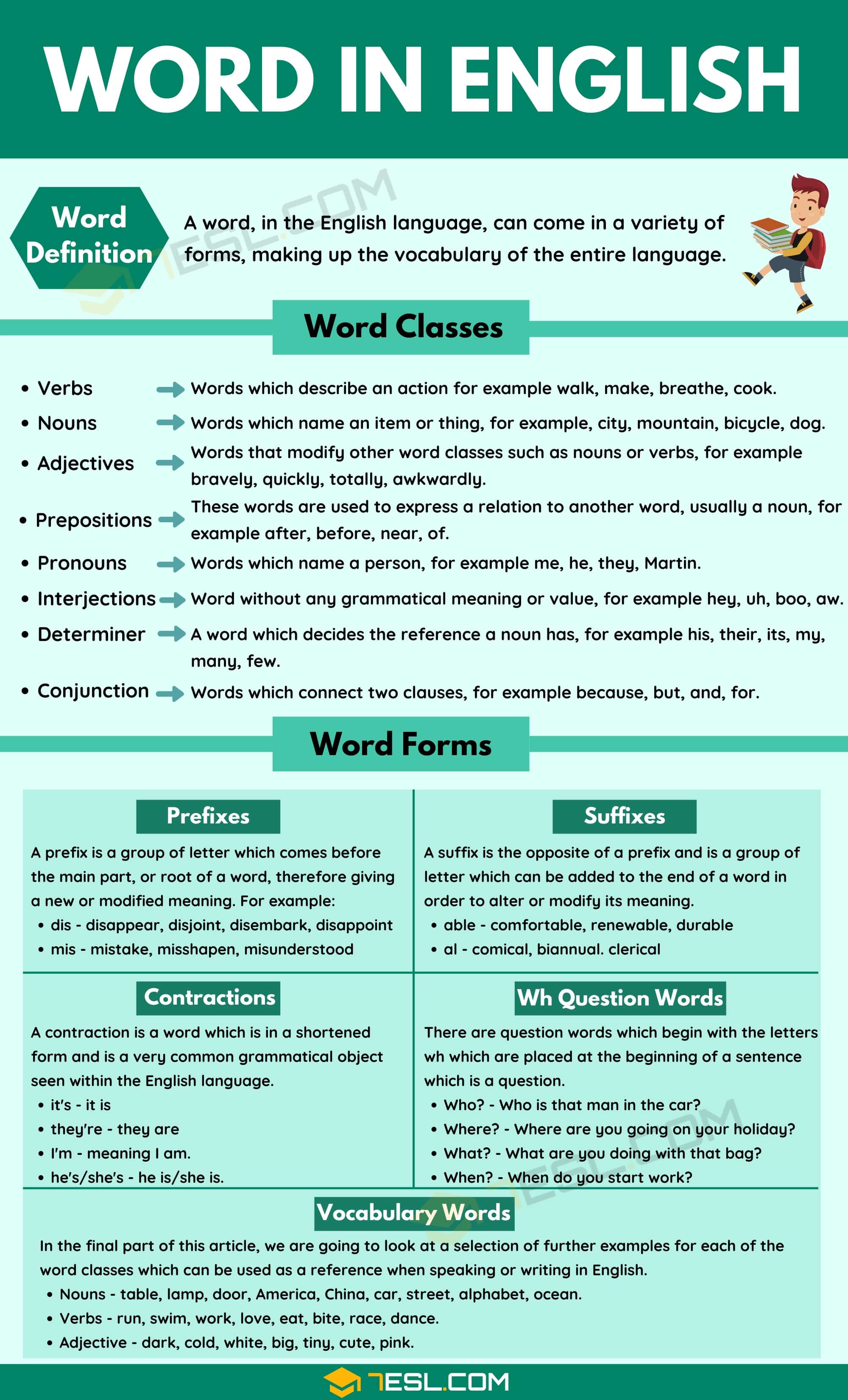 Thank you so much for all an information

I want a list of action words both in English and Hindi.

i want to learn english

Thank you sir,,, i collect on some information in this discussion…i pray for you.