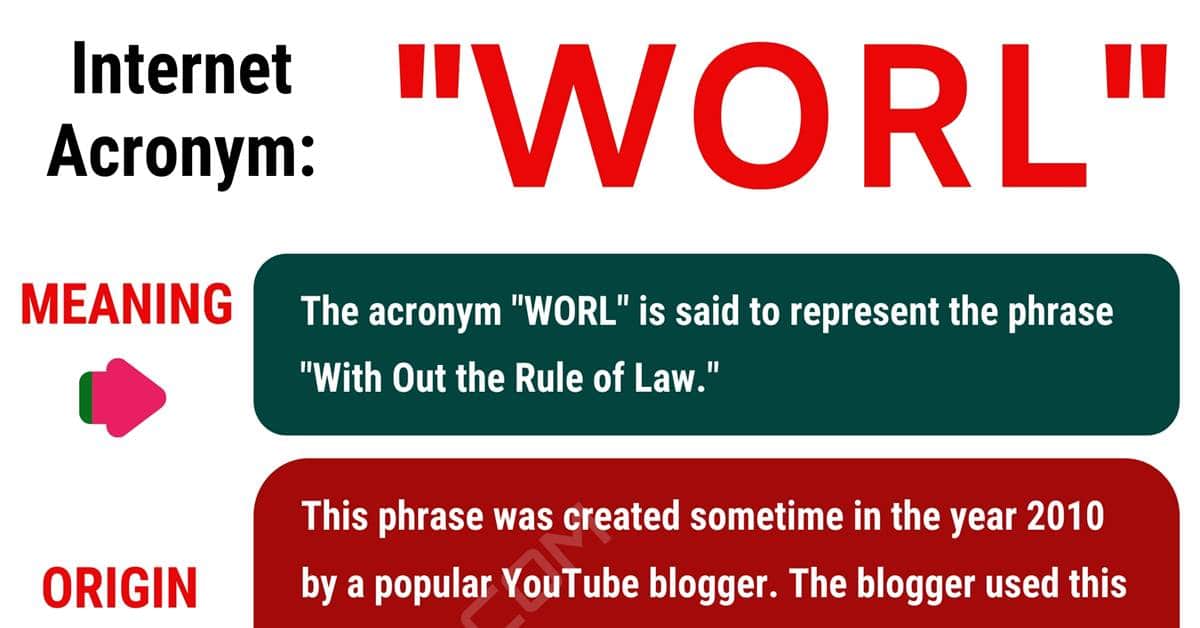 If you watch a lot of streams, then you may have heard of the acronym “WORL.” If you have seen or heard this phrase before and were wondering what in the world does that mean, then you have come to the right place. Here you will find the meaning of the acronym and the story of its origin if that information is available. You will also find other meanings for the acronym if any exist and some example conversations that use the acronym properly to help you further understand the acronym by seeing it used in context. Finally, you will see some alternative words or phrases that you can use to replace the use of the acronym “WORL” in conversation.

What Does WORL Mean?

The acronym “WORL” is said to represent the phrase “With Out the Rule of Law.”

This phrase was created sometime in the year 2010 by a popular YouTube blogger. The blogger used this descriptive acronym to define an end of the world situation.

There are two other suggested meanings to this acronym. The first says that “WORL” represents the phrase “worthy of real laugh” indicating that a user online or in a text message did laugh out loud because something was so funny it made them laugh in real life. The second says that the acronym “WORL” is used to represent a “girlwoman.” This was described as being a grown woman who sometimes acts like a little girl.

A conversation between two people playing a game.

Other Ways to Say “WORL”

There are few words or phrases that you could use to replace the use of the acronym “WORL” and still convey the same meaning. Some of the things you could say instead include: 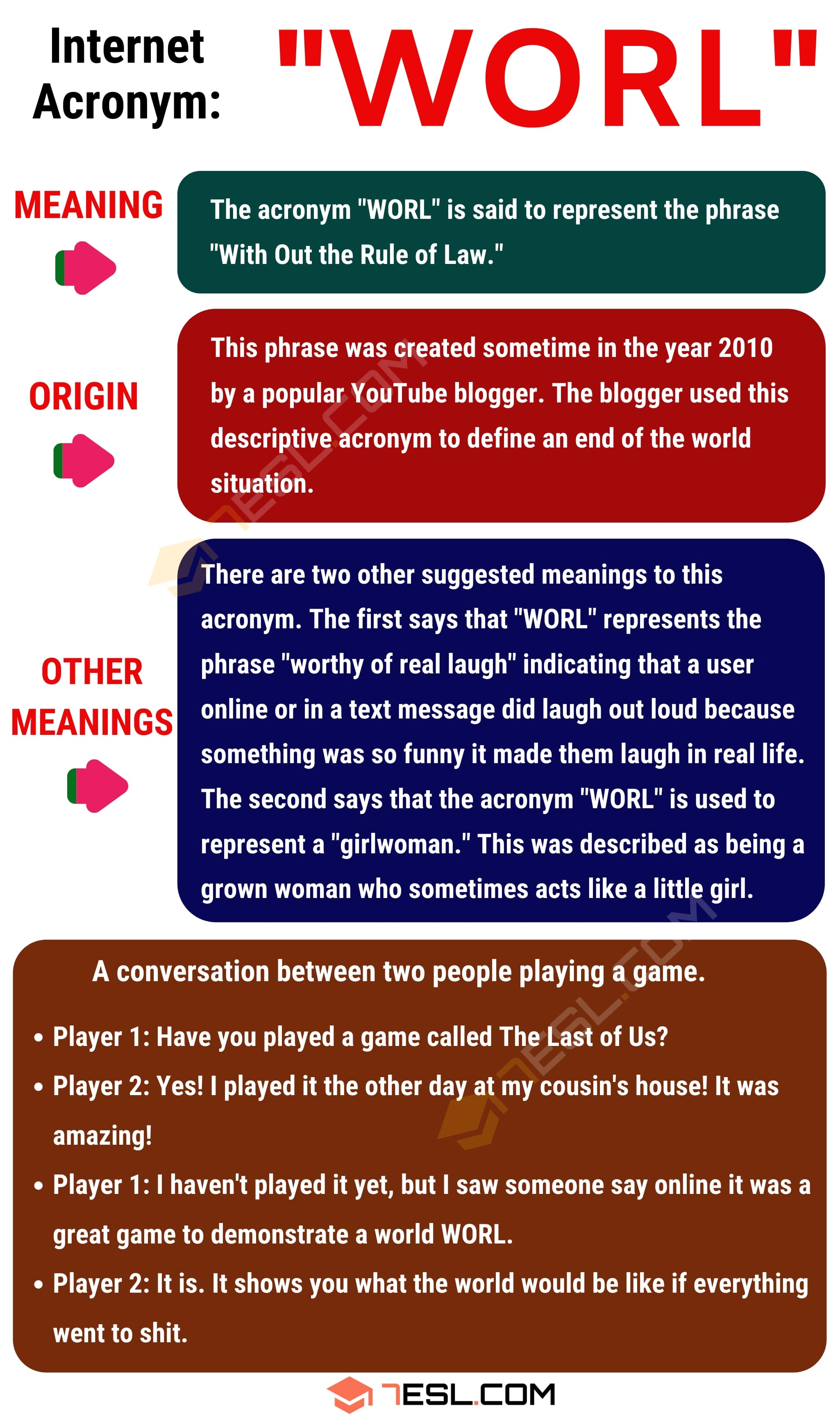