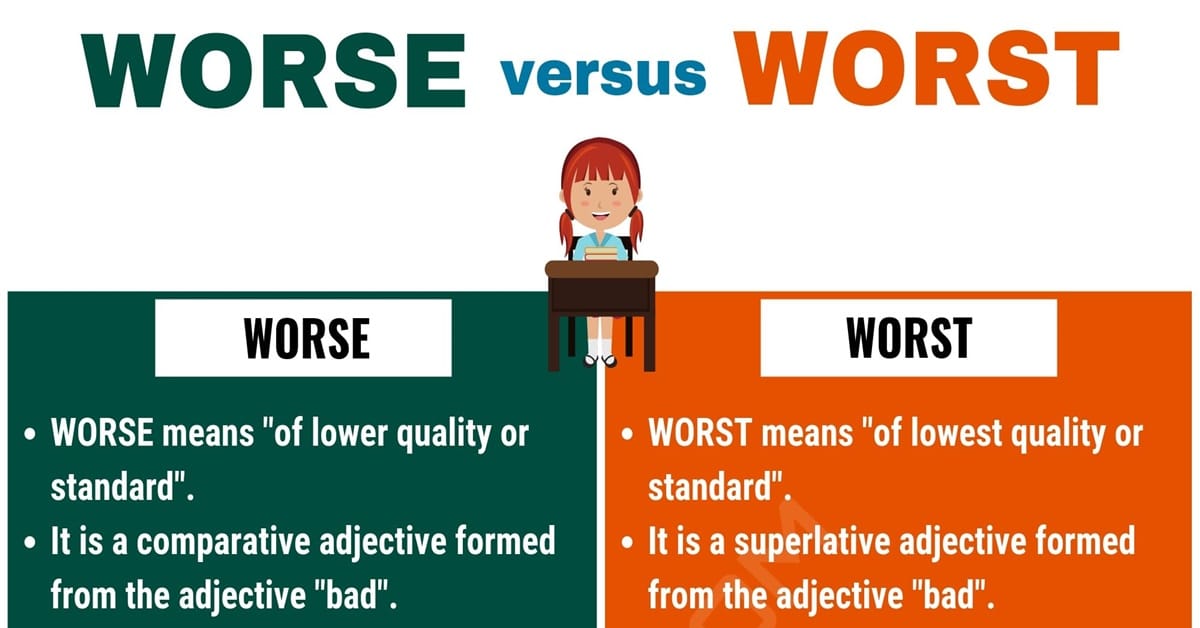 Worse vs. worst! Many writers find homophones confusing, and this isn’t a surprise: it is easy to get lost when there are words that sound exactly the same but are spelled differently and have different meanings. However, homophones aren’t the only problem, since there also are comparative and superlative adjectives. Sometimes they look very similar to each other but they can never be used interchangeably, so it’s important to remember which is which. Take worse vs. worst, for example. Do you know when you should use each word?

When to Use Worse or Worst

Worse is a comparative adjective formed from the adjective “bad”. Just like all other comparative adjectives, it is used to compare one thing to another. For example, if you go to a restaurant where you are served food of very low quality, you can say, “Their food was worse than what I would have made at home myself”. Or, when reading a new book that isn’t quite as good as you expected, you might say, “This book is worse than anything I have read before”. This is how you would see this word used in a sentence in most cases: “A is worse than B”.

Worst, on the other hand, is a superlative adjective. It is also used when you compare things to each other, but it describes the thing that is worse than all the rest. For example, you can say, “I have tried a lot of alcoholic drinks but my experience with wine was the worst one”. A manager of a big company that didn’t do as well as it was hoping for this year, will say, “This has been our worst year so far”.

Thankfully, there are ways to remember the difference. If you have a list of options in front of you, the worst option would be the one that you don’t want to do the most. Both worst and most end in -st. Keeping this in mind, you’ll be able to use worse and worst in your writing without fear.

How to Use Worse vs. Worst Correctly? | Picture

Worse vs. Worst: What’s the Difference? 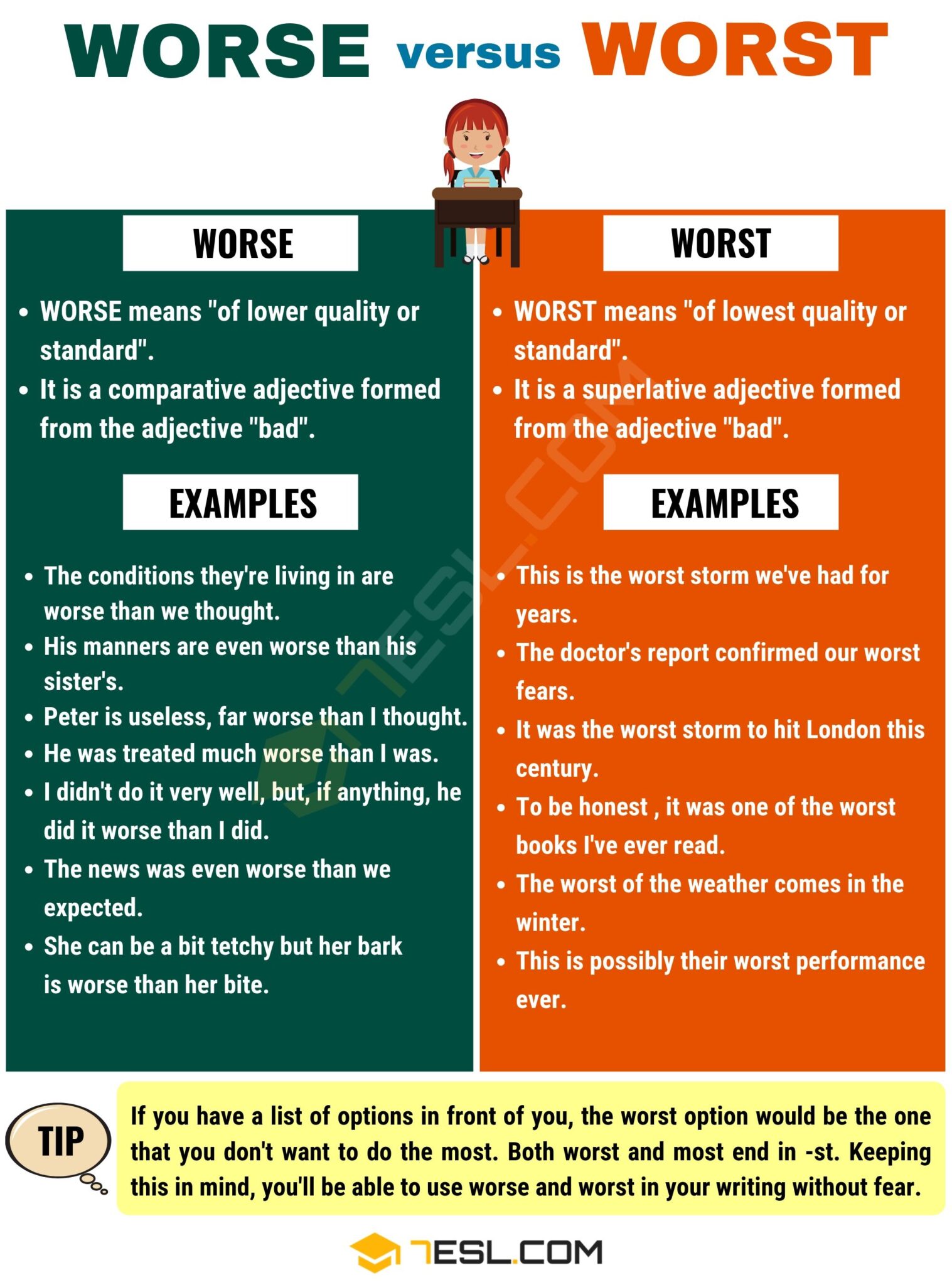