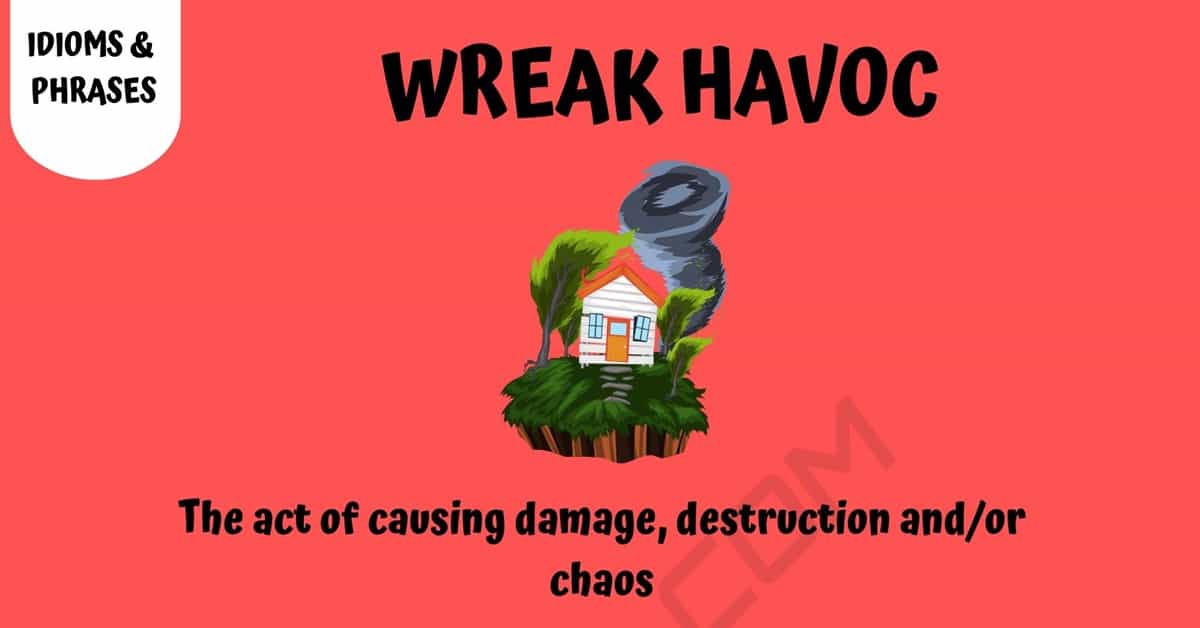 “Wreak havoc” is a very common phrase that is used in everyday conversation and writing. Here you will find the meaning of the phrase and information about the origin of the phrase. You will also find the phrase used properly in some examples of conversations/statements, in addition to suggestions of other ways you could say this phrase to convey the same meaning.

The meaning of the phrase “wreak havoc” is the act of causing damage, destruction and/or chaos.

The phrase “wreaking havoc” means that someone or something is causing a great deal of trouble or is causing a lot of damage.

Before the 19th century, the word wreak was already used widely in literature and speech. It was not until 1926 when well-known author Agatha Christie put the phrase “wreak havoc” into one of her best-selling novels that the phrase became widely used. Although the phrase had been loosely used before this time, her novel helped to boost its popularity in society. A popularity that continues today.

The idiomatic phrase “wreaking havoc” was first used sometime during the 19th century. Although the word “wreak” was used in other phrases such as “wreaking destruction” or “wreaking ruin,” before the first time it was used, none of these phrases became regularly used. The phrase was used from its first mention onward and was provided a great boost in popularity in the 20th century when the infamous author Agatha Christie used the phrase in one of her novels titled The Murder of Roger Ackroyd. 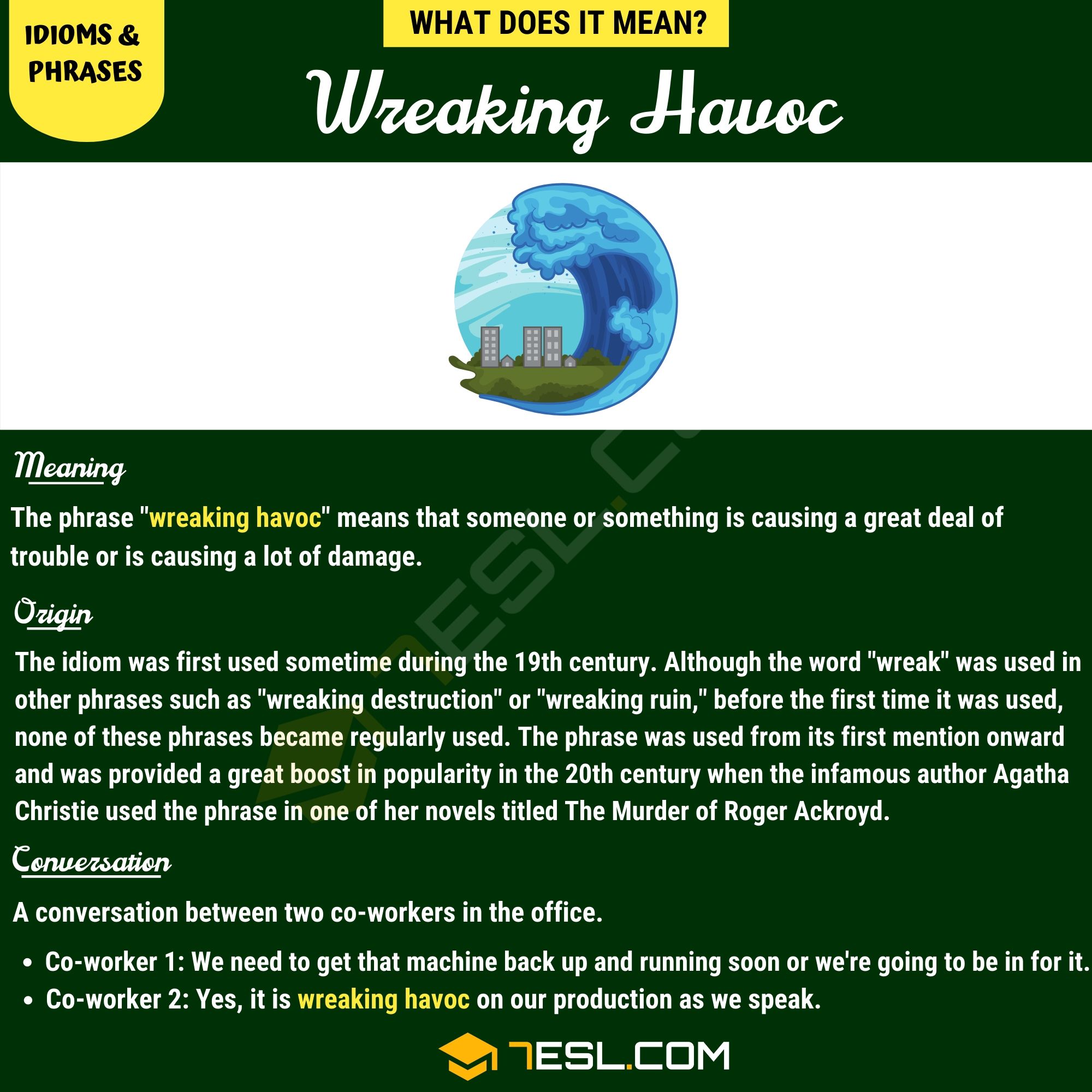 A newspaper story regarding a recent hurricane impacting an area.

A statement made by a fire department official regarding a wildfire.

A conversation between a mother and a father.

Other Ways to Say “Wreak Havoc”

There are several ways you can say wreak havoc while still conveying the same meaning. Some of the things you could say instead include cause damage, cause chaos or cause disruption.

There are several other ways to say “wreaking havoc” using different words or phrases. Some of these substitutes include:

What does “Wreaking Havoc” Mean? | Picture 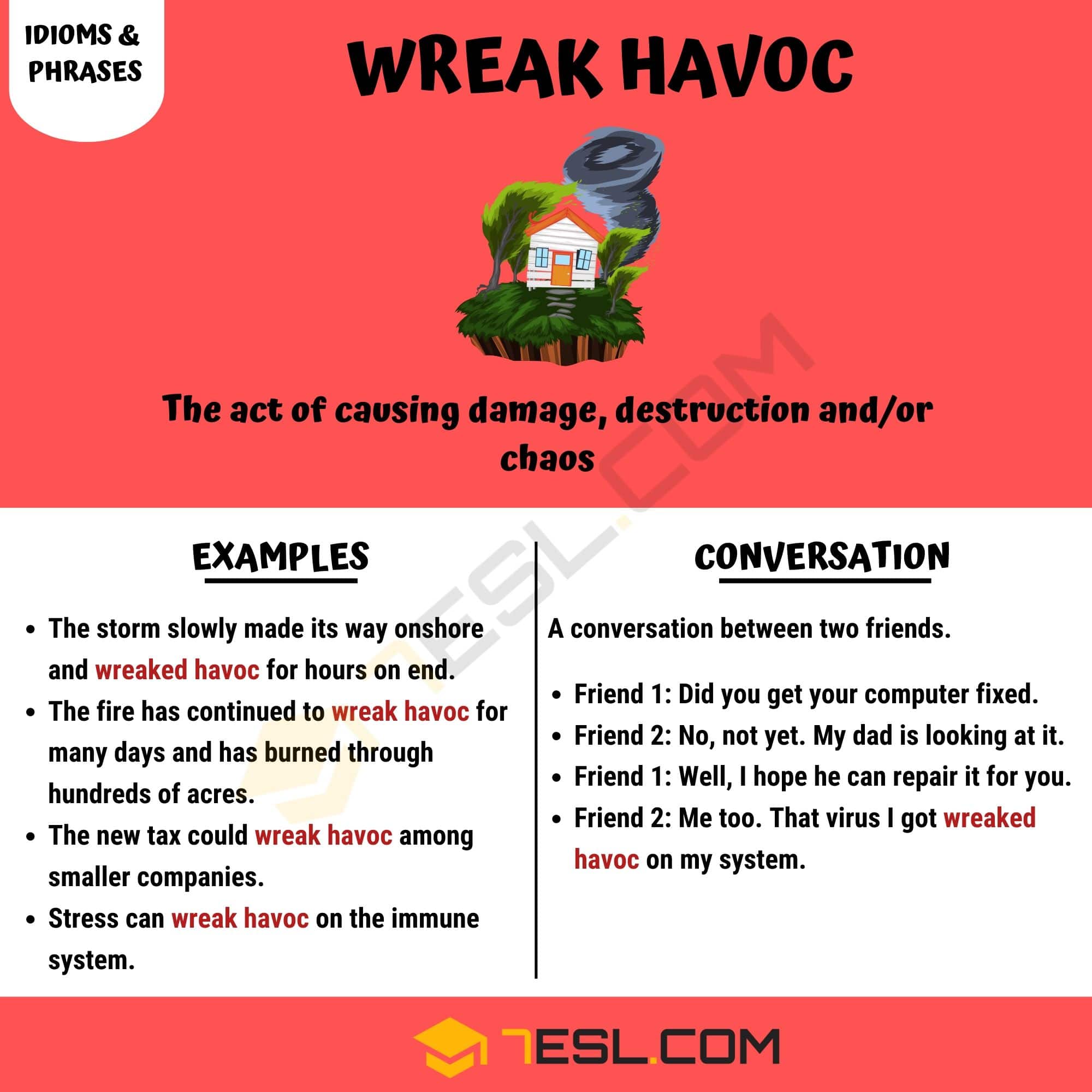