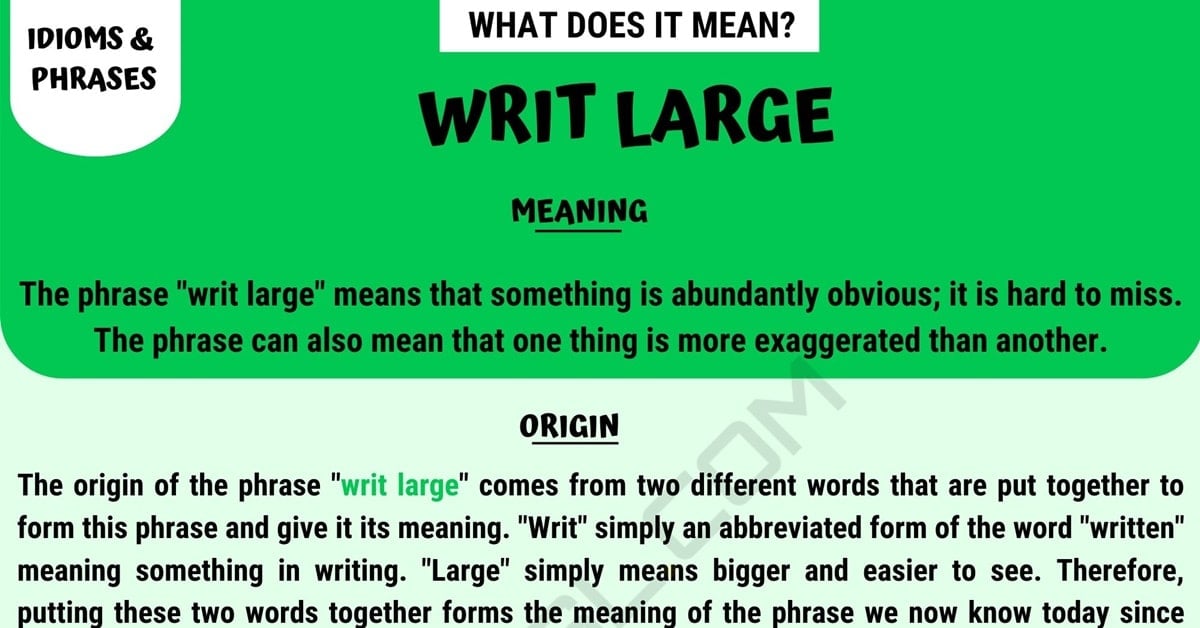 The English idiomatic term “writ large” is a phrase that you may see or hear used in informal conversation and writing. Here you will find the meaning of this phrase and the information regarding its origin. You will also find examples of how to properly use this phrase in conversations/statements and discover alternative ways to say this phrase while still conveying the same meaning.

The phrase “writ large” means that something is abundantly obvious; it is hard to miss. The phrase can also mean that one thing is more exaggerated than another.

The origin of the phrase “writ large” comes from two different words that are put together to form this phrase and give it its meaning. “Writ” simply an abbreviated form of the word “written” meaning something in writing. “Large” simply means bigger and easier to see. Therefore, putting these two words together forms the meaning of the phrase we now know today since something in large writing would be easier to see and more obvious.

A statement made in an entertainment magazine about recent movie titles released to theatres.

A statement by a celebrity during an interview on the red carpet at an event.

A conversation between a coach and the quarterback of the football team.

A conversation between a mother and a father.

Other Ways to Say “Writ Large”

As with most idiomatic phrase, the phrase “writ large” can be said in many other ways to convey the same meaning. Some alternative ways that you can say this phrase include: 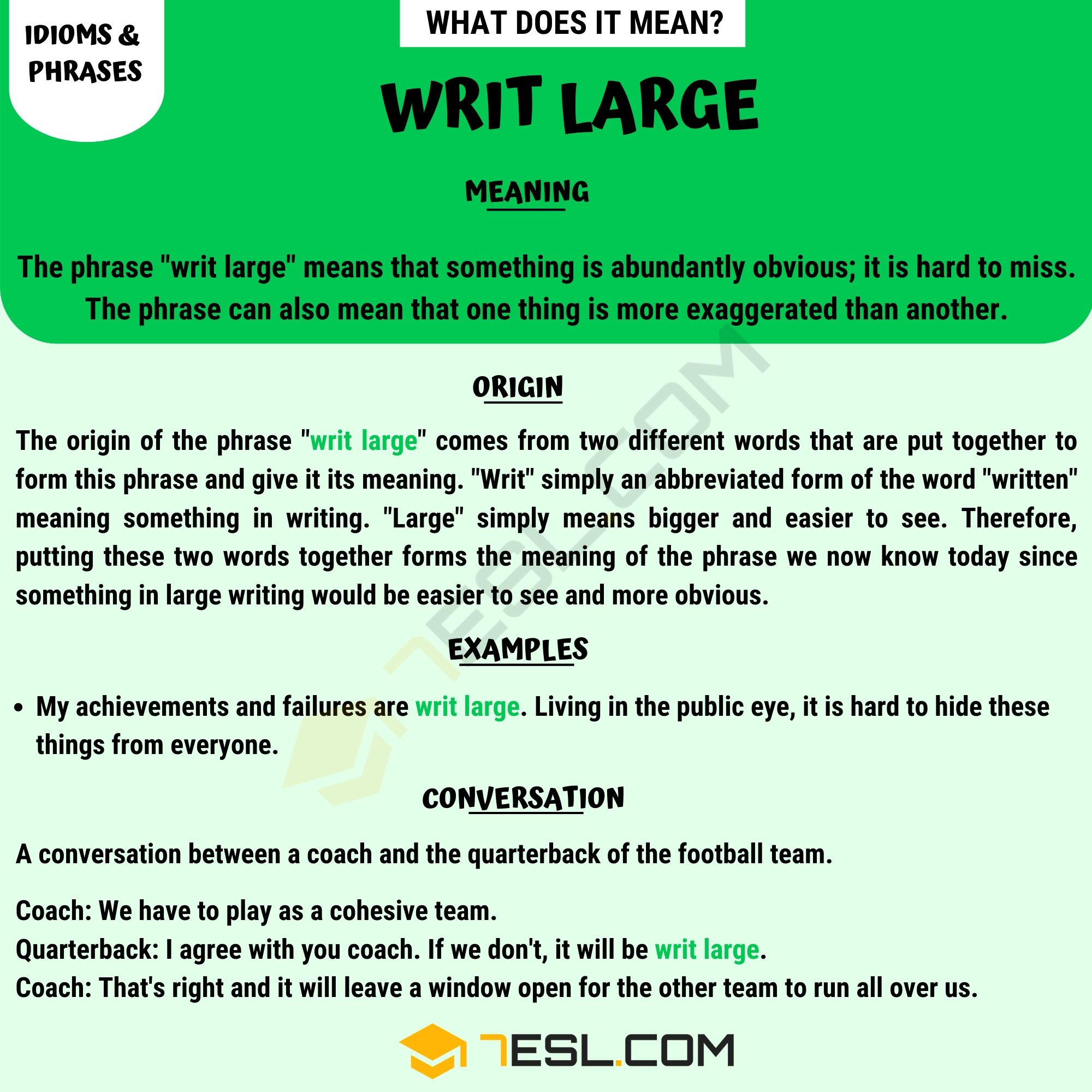