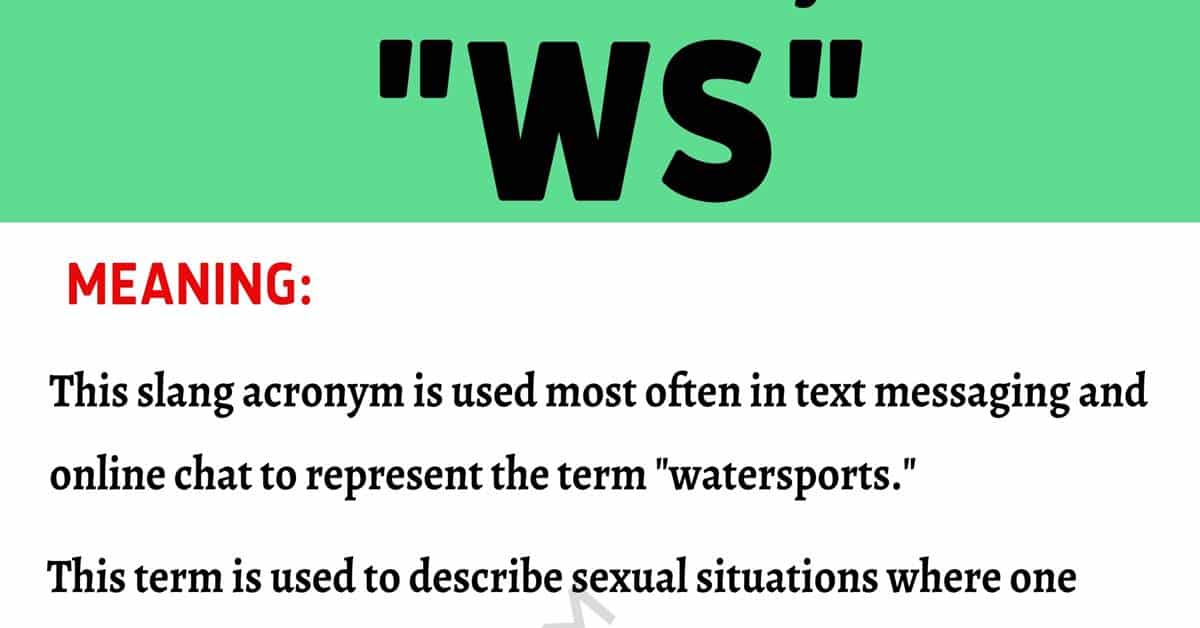 What does WS mean? If part of your confusion about the meaning of this acronym stems from you believing it could represent many different phrases, you would be correct. However, this article will focus highly on what it is used most frequently to represent and the details of its origin. You will also be privy to learning other meanings and see some conversation examples provided to illustrate the term’s proper usage. Lastly, you will learn some other words or phrases that can be used in place if this term to convey the same meaning.

What Does WS Mean?

This slang acronym is used most often in text messaging and online chat to represent the term “watersports.” However, this term does not refer to things like water polo or swimming. This term is used to describe sexual situations where one participant likes to be urinated on or like to urinate on someone else for sexual pleasure. It can also refer to using other bodily fluids as well, such as saliva or blood, for the same purposes.

Like most acronyms, this one is also used to represent other phrases, random words, and official titles also among other things. While there is no way that the entire list could be included here, some of the things this acronym could also stand for are “Website Services,” “Winter Semester,” “Wind Speed,” “Web Server,” and “Wind Speed.”

An online conversation on a fetish forum.

There are several alternative phrases or words that can be used in place of this acronym and the phrase it represents without changing its meaning. Some of the words of phrases you could use include: 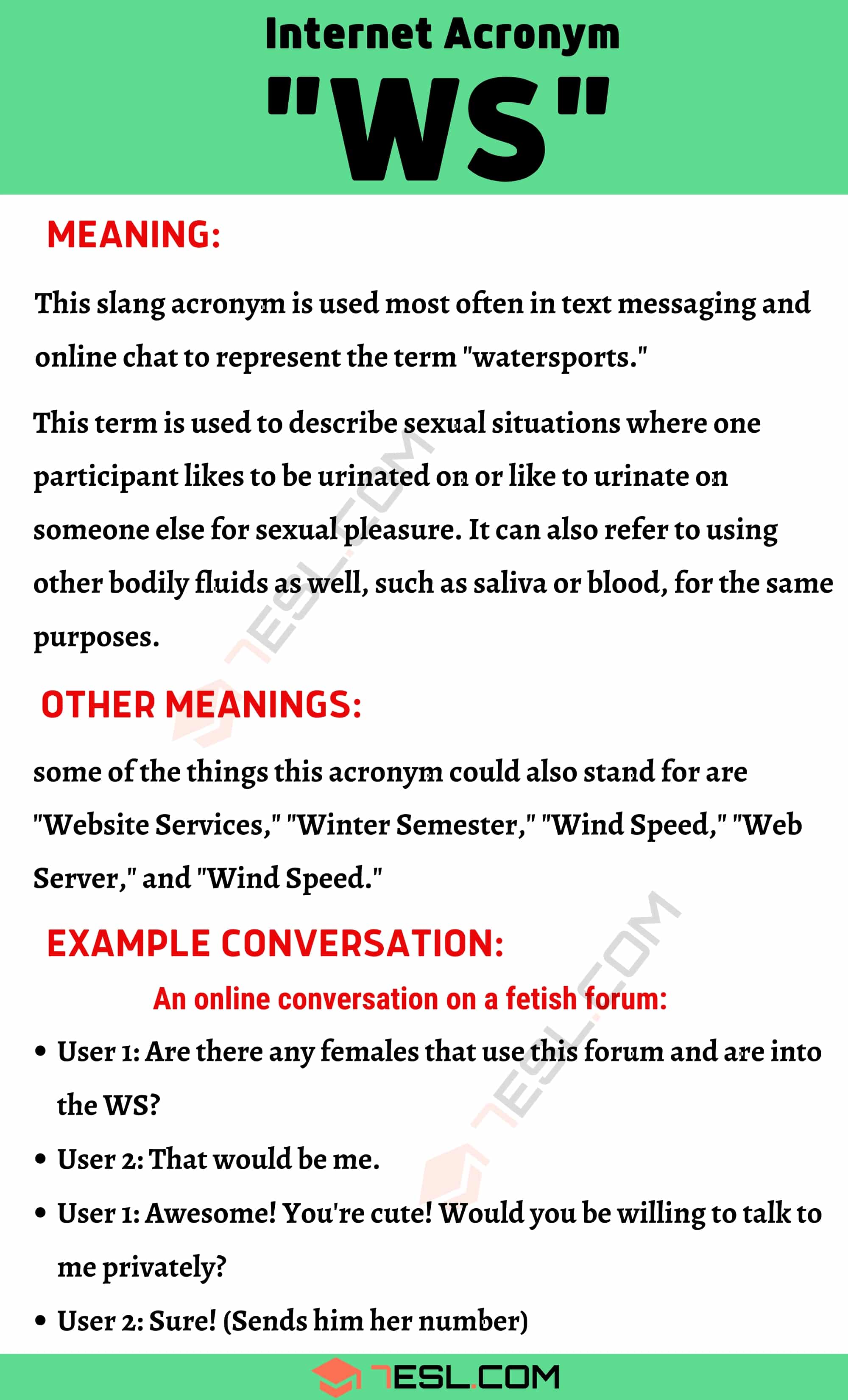