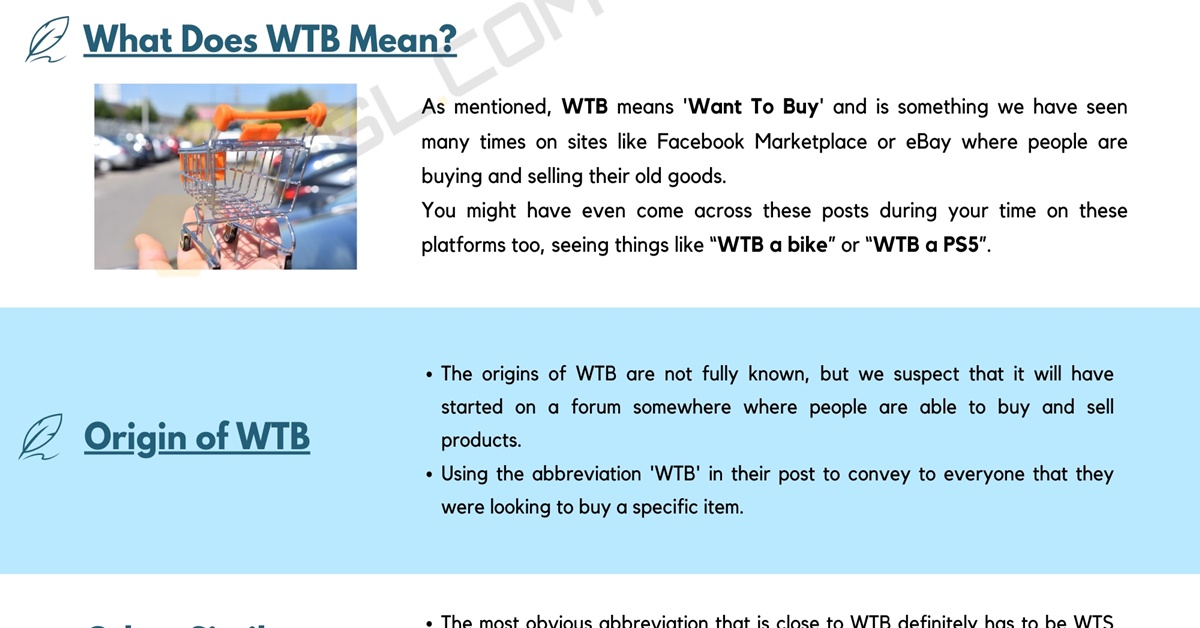 What does WTB mean? Abbreviations help us to lower the number of words we need to type to properly get our point across online, this is especially true on apps like Twitter where characters are limited.

Although, this only works if we actually know what the most common abbreviations mean. Without this knowledge, we could either misunderstand or miscommunicate a point we are trying to make.

Today, we want to go over what WTB means, so that the next time you spot it online in an article, blog post or social media post you know exactly what the person is trying to say.

In short, though, WTB simply means ‘Want To Buy’ – there are some common places you’re going to see this being used as well as some other meaning of WTB, which we’re going to get into in this very article.

What Does WTB Mean?

As mentioned, WTB means ‘Want To Buy’ and is something we have seen many times on sites like Facebook Marketplace or eBay where people are buying and selling their old goods.

You might have even come across these posts during your time on these platforms too, seeing things like “WTB a bike” or “WTB a PS5”.

The origins of WTB are not fully known, but we suspect that it will have started on a forum somewhere where people are able to buy and sell products.

Using the abbreviation ‘WTB’ in their post to convey to everyone that they were looking to buy a specific item.

As soon as users see those three letters ‘WTB’ everyone knows the person is interested in buying a specific product; which is helpful if you’re trying to quickly get through as many posts as possible to find a buyer for an item you might be wanting to sell.

The most obvious abbreviation that is close to WTB definitely has to be WTS or ‘Want to Sell’.

As you can imagine, you’re going to see WTS used in the same places you see WTB across the web.

There are some other meanings of WTB, that are less common but can be seen still being used across the internet:

When to Use WTB

You should be using WTB whenever you’re on a forum such as eBay or Facebook marketplace where you want to advertise that you’re looking for a particular product.

It doesn’t matter the product, but it does matter that you’re making use of WTB because this is the abbreviation sellers are looking out for when they’re trying to sell their old goods to someone new.

WTB is seen across plenty of forums online, specifically eBay, Facebook Marketplace, and any other forum where people may be advertising to sell and buy goods from other people online.

You’ll see the WTB abbreviation commonly used like this:

These are the two most basic ones, but if you’re ever going to buy anything ever again, make sure you’re using the WTB abbreviation to quickly get your point across. 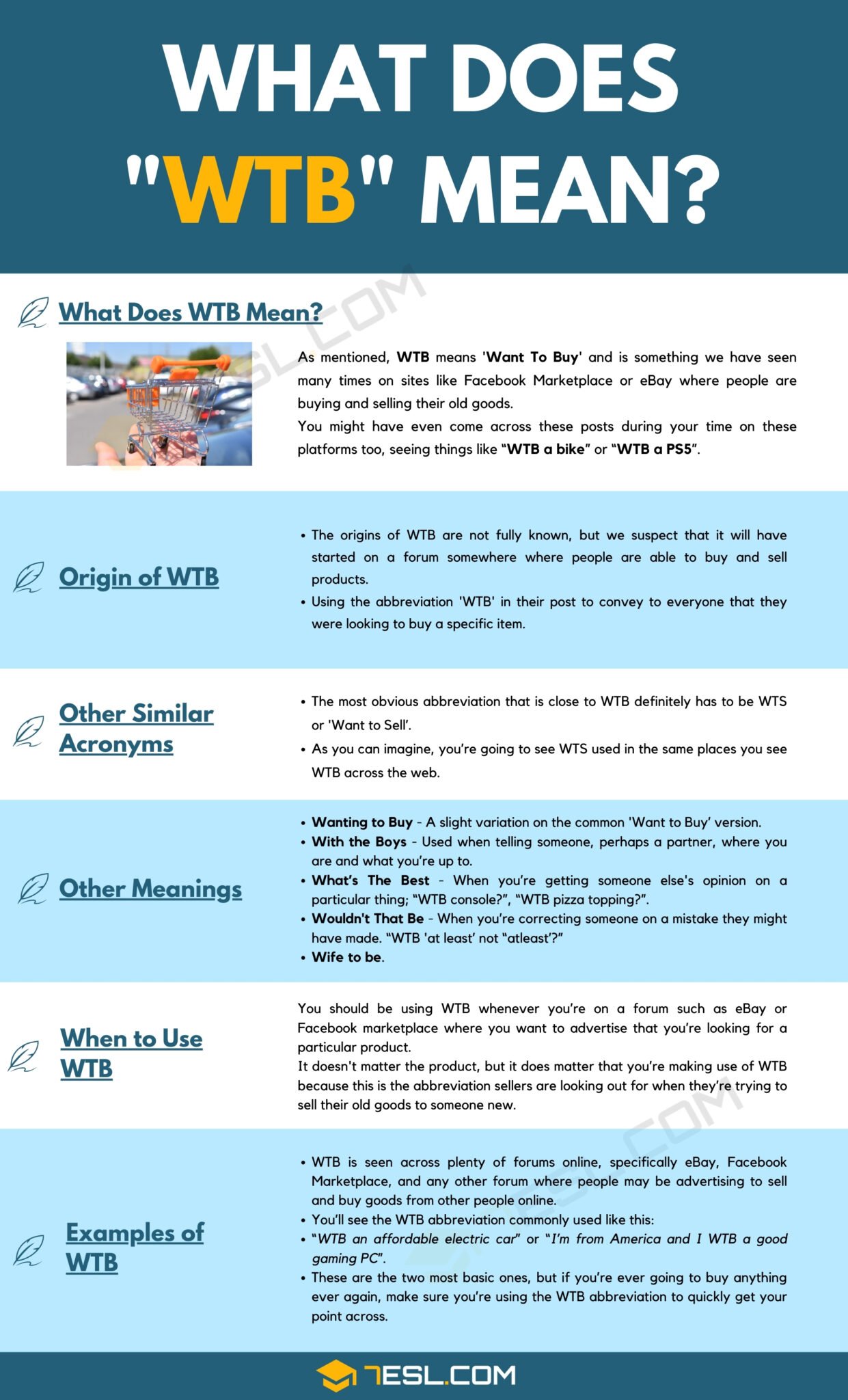