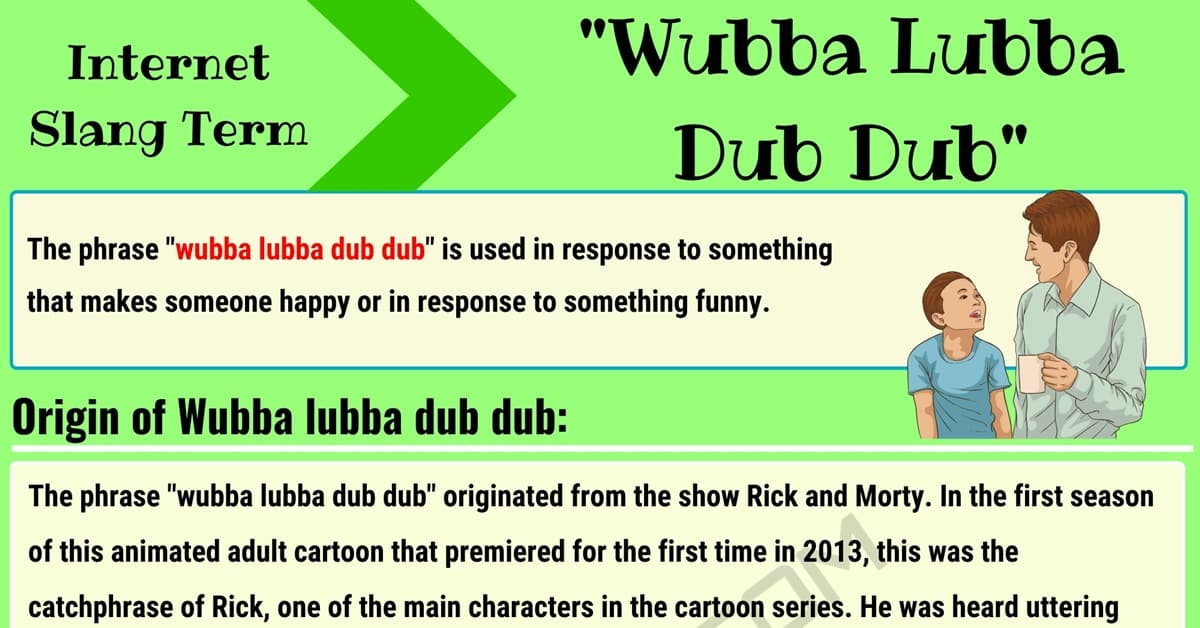 Wubba Lubba Dub Dub meaning! If you are a fan of a particular cartoon series, then you probably already know what this term means. However, if you are not and you arrived here wondering if these were even real words and, if so, what on earth could they possibly mean, then you came to the right place. Below, you will see this internet slang term defined and hear the story of its origin.

You will also see some other meanings for the phrase if there are any to be found and see some example conversations using the phrase in the correct context. Finally, you will see some alternative words or phrases that you could use in place of this phrase to express the same feeling or message.

The phrase “wubba lubba dub dub” originated from the show Rick and Morty. In the first season of this animated adult cartoon that premiered for the first time in 2013, this was the catchphrase of Rick, one of the main characters in the cartoon series. He was heard uttering many times in multiple episodes in response to something that was a joke or just as a general show of happiness.

There are currently no other known meanings of the slang phrase “wubba lubba dub dub.”

A text discussion between father and son.

An online conversation between two users on a fan forum.

There are several alternative phrases that you could use to replace the phrase “wubba lubba dub dub” and still convey the same meaning. 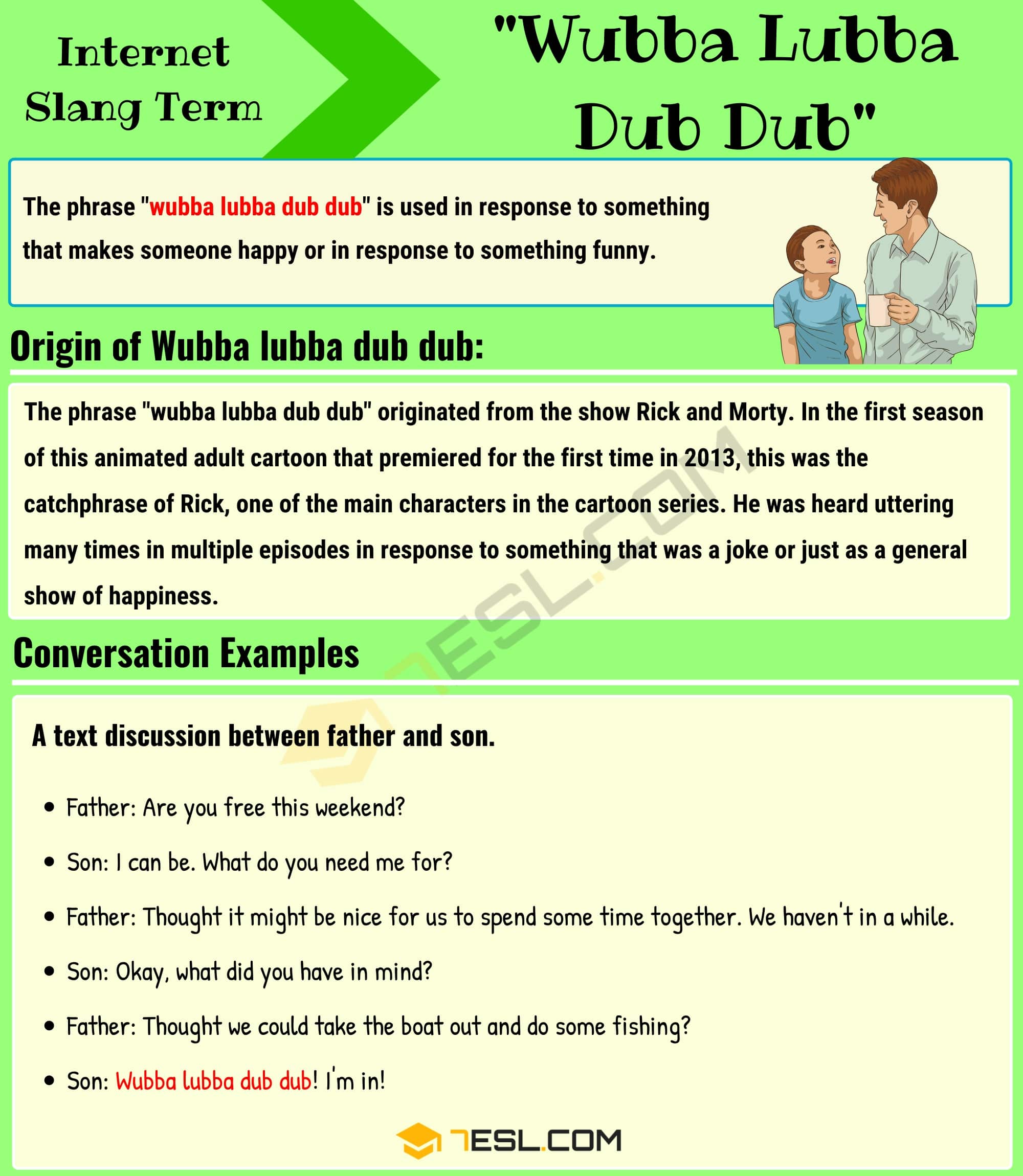 Wubba lubba dub dub means “I am in great pain, please help me”