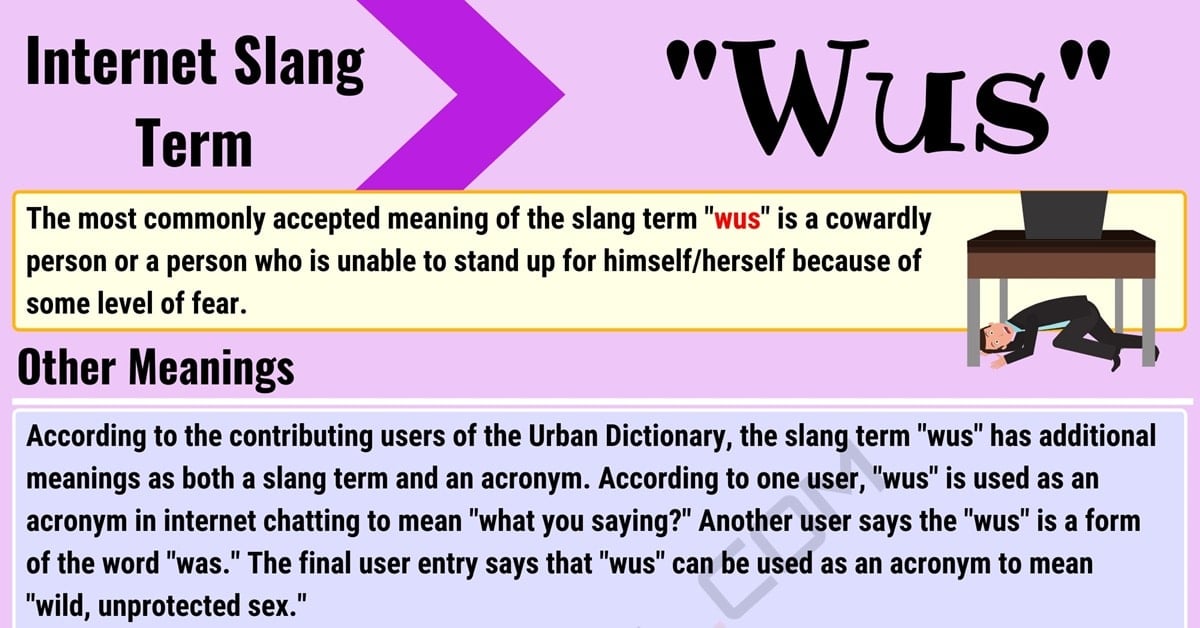 The internet slang term “wus” is widely used in internet conversation and text messaging. If you have heard or seen the term before but are still wondering what it means, then you have come to the right spot. Here you will find the definition of this slang term, information about its origin, and possible other meanings the term has if any.

You will also be able to read over some example conversations to see how this term is used correctly and find some alternative ways to say this slang while still conveying the same meaning.

What Does Wus Mean?

The most commonly accepted meaning of the slang term “wus” is a cowardly person or a person who is unable to stand up for himself/herself because of some level of fear.

There is no known origin information for the slang term “wus.”

There are several words that you can use in place of the slang term “wus” to convey the same meaning. Some of these alternatives include: 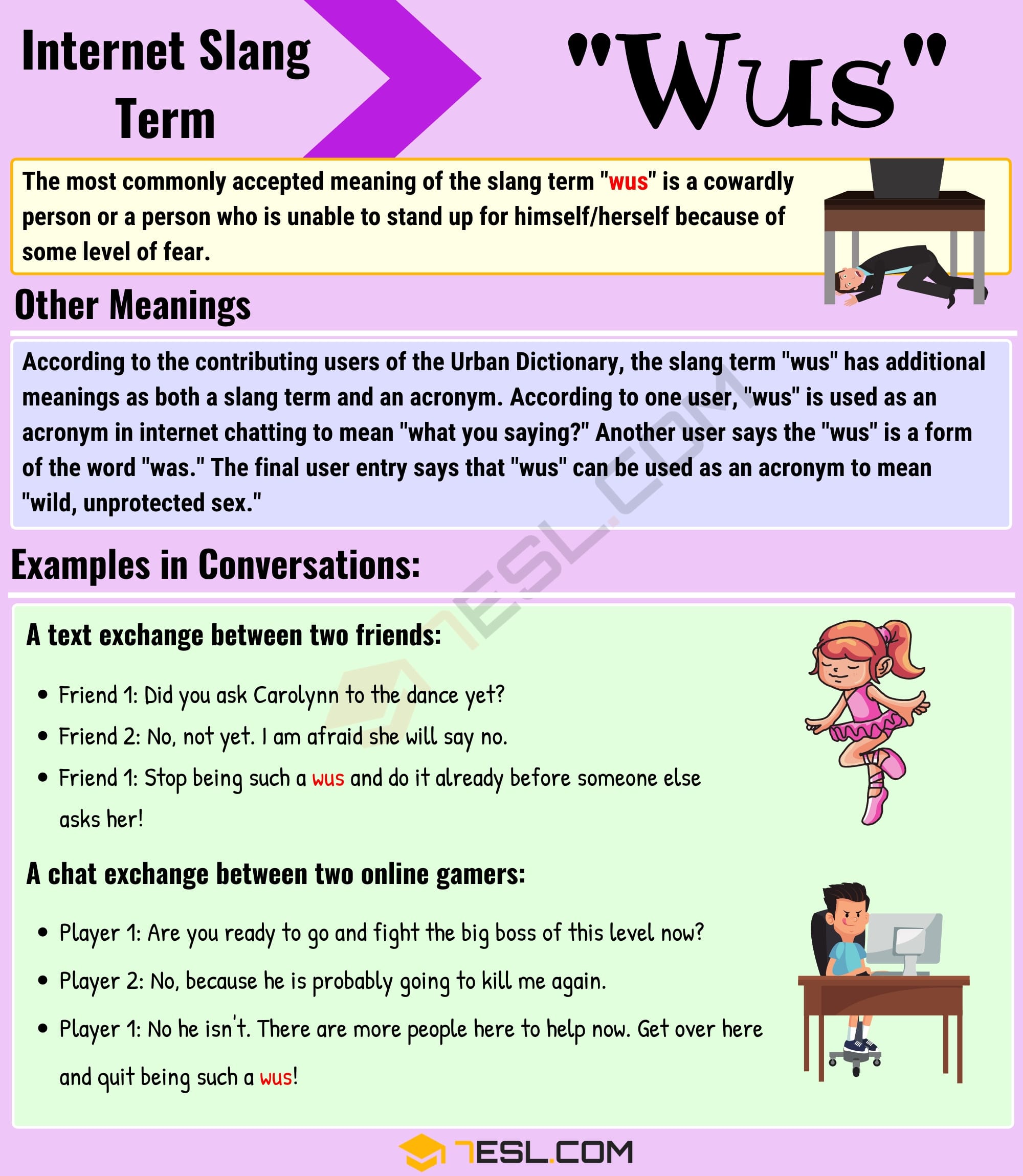