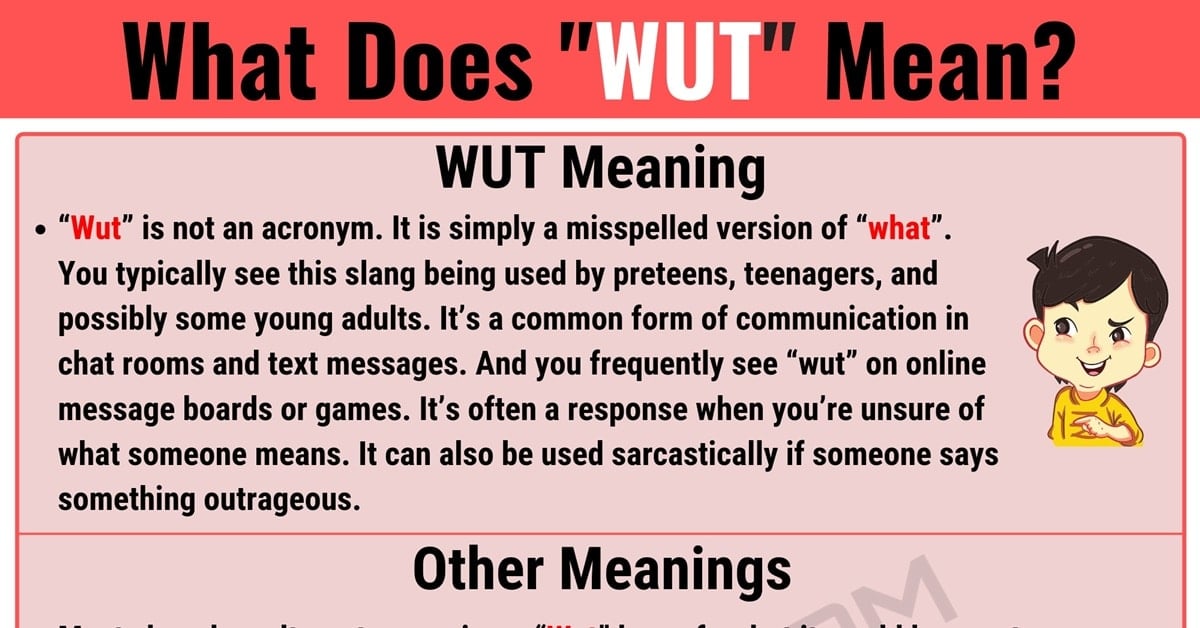 What does Wut mean? What does this online abbreviation stand for? This article will provide a clear definition of this internet slang word with interesting text conversation examples.

What Does Wut Mean?

With the invention of instant messaging and texting, it’s becoming increasingly difficult to keep up with some of the acronyms and weird spellings that seem to be so popular; especially with the younger crowds. People like us understand your dilemmas and we want to help. When you see the word “wut”, some of you may be trying to decipher it as an acronym. Others may be able to figure out what it means. But for those of you who can’t, let us help.

“Wut” is not an acronym. It is simply a misspelled version of “what”. You typically see this slang being used by preteens, teenagers, and possibly some young adults. It’s a common form of communication in chat rooms and text messages. And you frequently see “wut” on online message boards or games.   It’s often a response when you’re unsure of what someone means. It can also be used sarcastically if someone says something outrageous.

Most slang has alternate meanings. “Wut” has a few but it would be rare to see “wut” mean anything other than “what”. The conversational tone and topic will make it easy enough to figure out the meaning with context, rather than having to ask the respondent. “Wut” also means “wanna be slut,” “wild untamed things,” or to mean that someone is a portmanteau of a whore and a slut – wut.

Because “wut” means “what”, it has numerous similar slang words. You could pretty much use whatever response you want in place of “wut”, including the words listed below.

Example 1: Using “Wut” as “what” in response to something you don’t understand

In this conversation, the son is completely shocked and confused by his mother’s statement. He demonstrates this by saying “wut” in response. As you can see, poor Mother has had all she can handle of her adult son still wanting to live at home. She’s throwing him out of the nest, regardless of if he can fly. Although I don’t think I could blame her. Alaska would be a neat place to live!

Example 2: Using “Wut” as a response of disbelief and sarcasm

In this example, Jennifer has told her friend something that sounds preposterous. Rhonda responds with wut, as a way of saying yeah right, no way, or huh. She believes that her friend is making up an elaborate story, which she proves when she asks for evidence of her friend’s claims. Which the friend was happy to provide, as you can see. 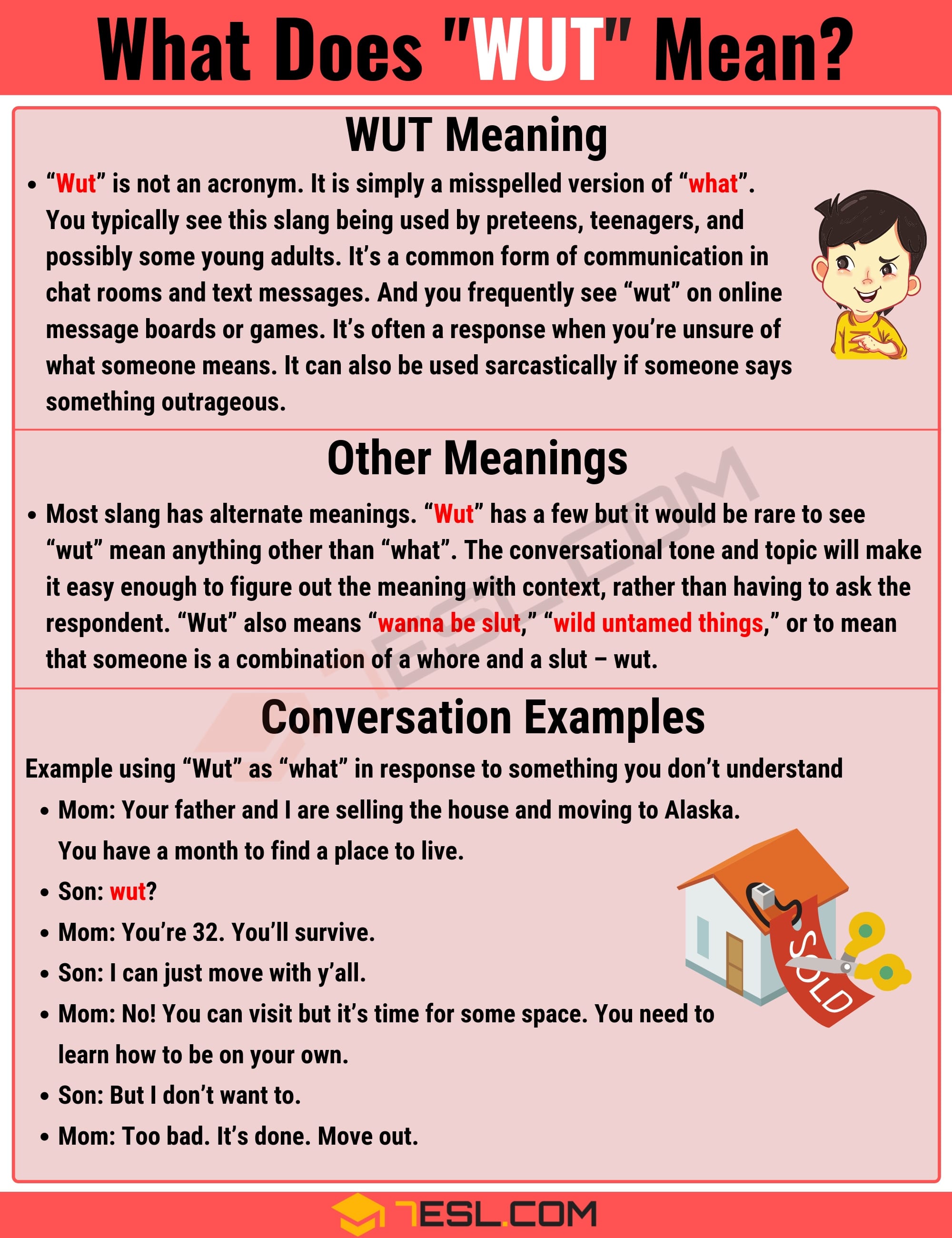 ok your a boomer