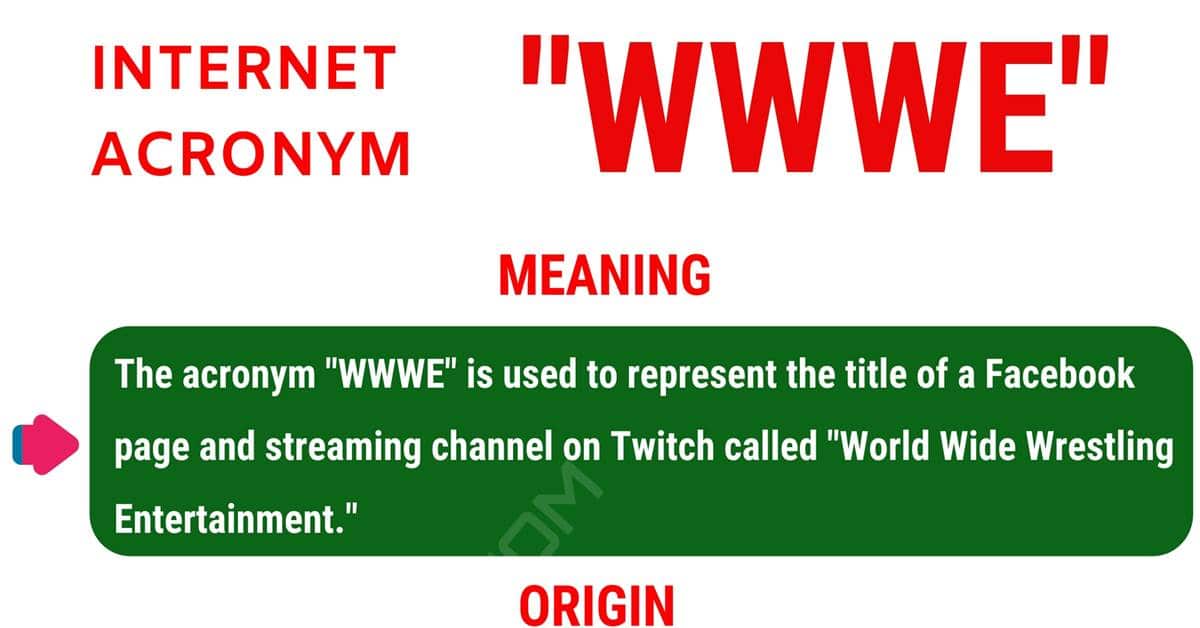 The acronym “WWWE” is not one you will hear often unless you happen to be a fan of one particular sport or know someone who is. If you have come across this acronym and are still wondering what it means, then you have landed in the right spot. You will not only find the meaning of this acronym here, but you will also discover origin information if it is available and find some other possible meanings if any exist. You will also see the acronym used properly in some example conversations to help you gain a better understanding of the term and then find some suggestions regarding how you can say this term in alternate ways to relay the same meaning.

The acronym “WWWE” is used to represent the title of a Facebook page and streaming channel on Twitch called “World Wide Wrestling Entertainment.”

The Facebook page for the “WWWE” was started on February 29, 2012. The Twitch channel was started soon after. The Facebook page and Twitch channel are run by a fan of the WWE (World Wrestling Entertainment). The page is frequently updated with pictures, pay-per-view event videos from YouTube, and other important information and updates announced by the WWE. Other fans are encouraged to follow the page and join in conversations on Facebook. The Twitch channel streams the live weekly shows including WWE Raw, WWE Smackdown, and NXT for viewers who may have missed the show when it airs on television and has no other way to watch the program.

There are currently no other known meanings of the acronym “WWWE.”

Other Ways to Say “WWWE”

There are no alternative ways to change up this acronym and still convey the same meaning. other than spelling it out when talking about it. 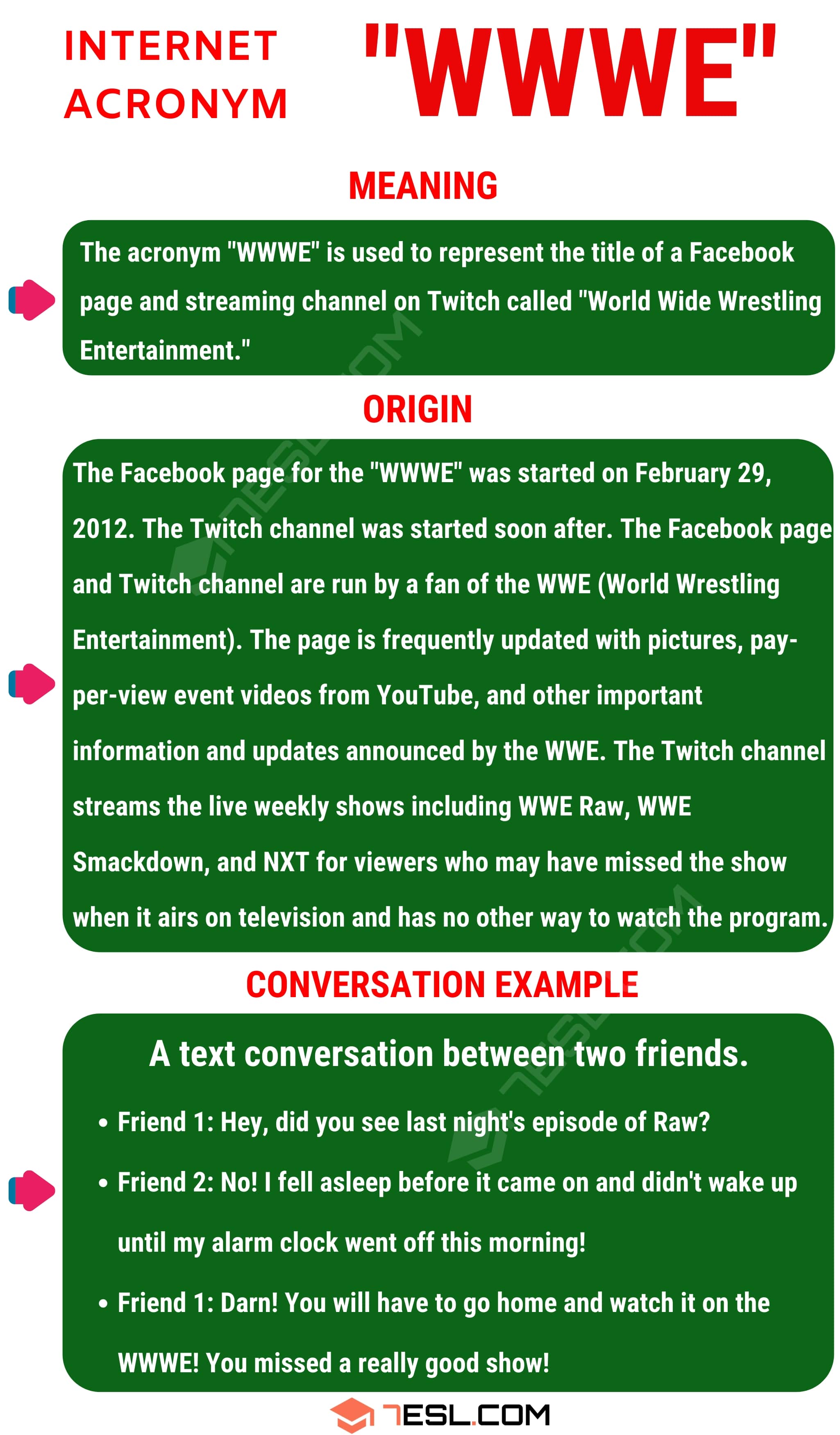