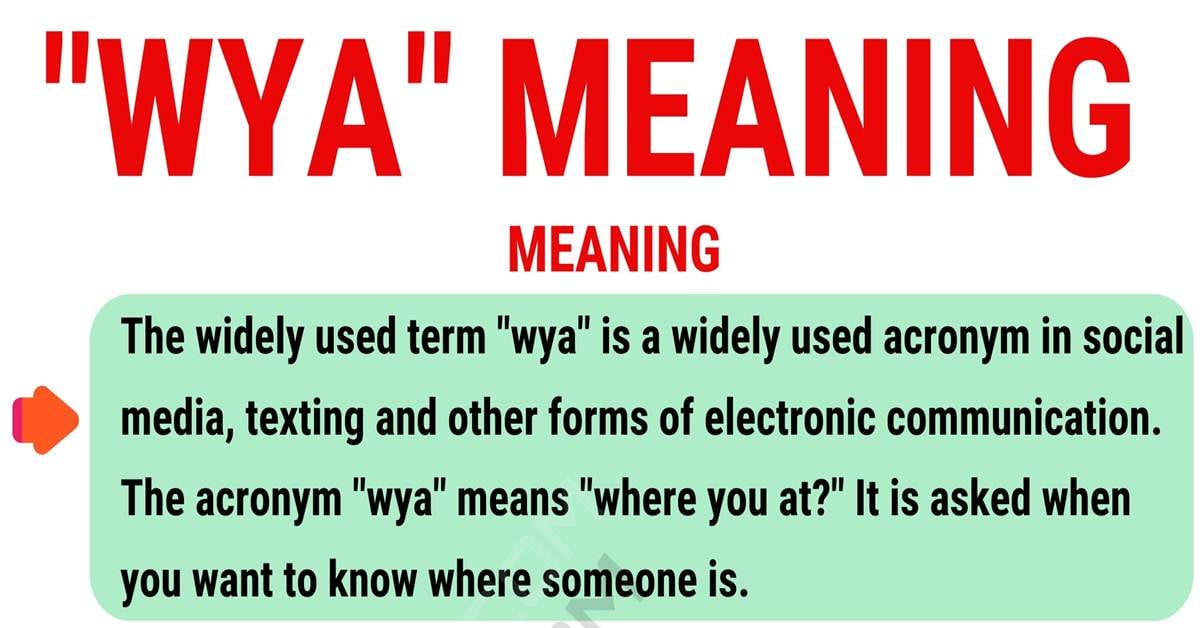 Internet slang has been used since the internet was born. One of the acceptable terms to use in various forms of electronic communications is “wya.”In this article, you will find the meaning of this term and the information regarding its origin. You will also find some alternate meanings if there are any available and sample conversations that show you how to use the term properly in communication. Finally, you will find some alternative suggestions on how to say this term and still convey the same meaning.

What Does WYA Mean?

The widely used term “wya” is a widely used acronym in social media, texting and other forms of electronic communication. The acronym “wya” means “where you at?” It is asked when you want to know where someone is.

There is no specific origin information to be found regarding the first usage of the internet abbreviation “wya.” Logically, one can most likely deduce that this phrase became a widely accepted abbreviation for reducing typing during any type of text exchange. This is typically what all acronyms are used for when writing or texting.

The acronym WYA can stand for several different things. There are too many to list all of them here, but a few of these include organizations like the Wisconsin Yachting Association, World Youth Alliance, Washington Youth Academy, and World Yoga Alliance. Other phrases can also be represented by the shorthand representation “wya” including where you are, watch your ass, wherever you are and were you at. However, the most widely agreed-upon representation of the acronym “wya” when used in electronic communication is most definitely “where you at?”

A text between two friends.

A text between a brother and a sister.

Some other things you can say instead of “wya” include: 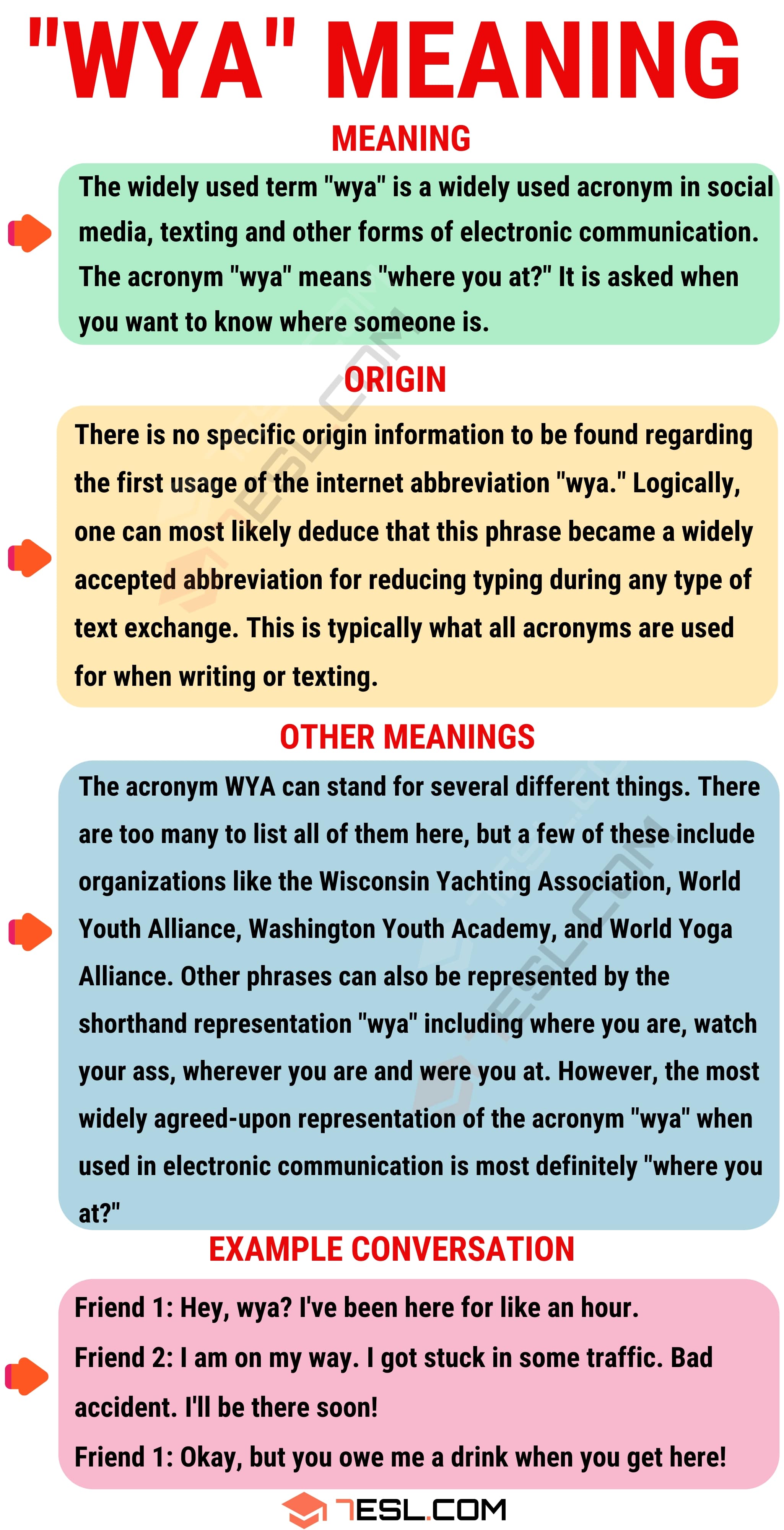