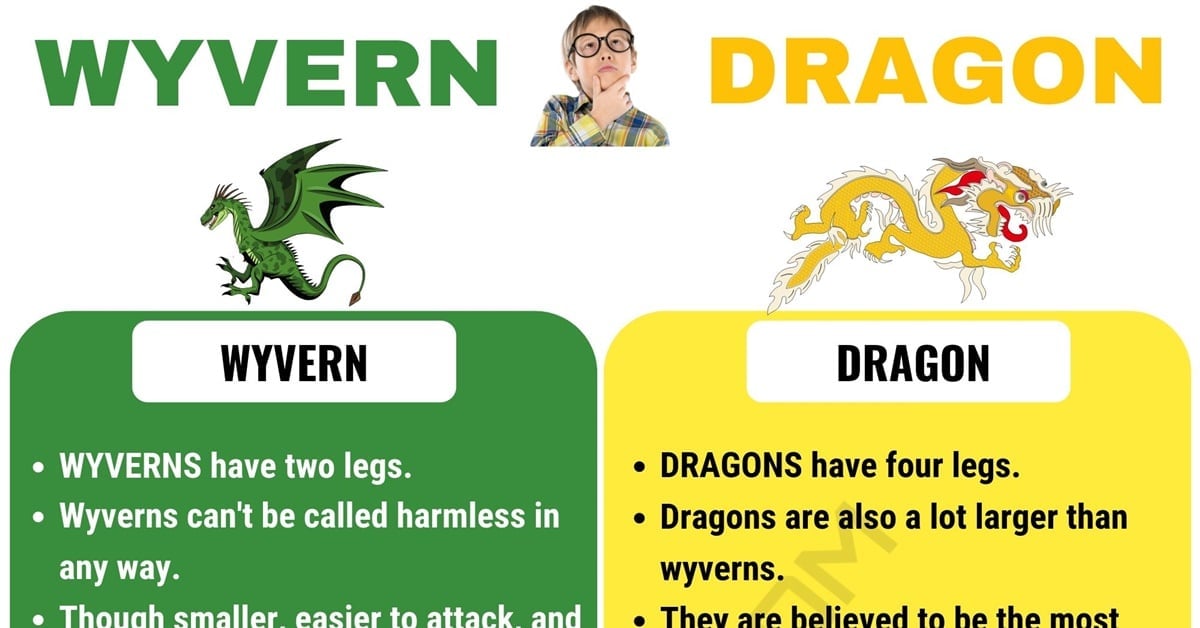 Wyvern vs. dragon! Some pair of English words are confused but, because they are used so rarely or in very specific contexts, this confusion doesn’t create many problems for those who are trying to learn this language. For instance, you’re very unlikely to be talking about the differences between wyverns vs dragons. If you’re a fan of Game of Thrones, however, there is a chance that you’ll find yourself in the middle of the wyverns vs. dragons debate. So what’s the answer, and what are the differences between these two creatures?

First of all, dragons have four legs, while wyverns have only two. Their front legs are fused to their wings, so they cannot move their wings as easily as dragons. Dragons are also a lot larger than wyverns, and they are believed to be the most powerful creatures in the world. Indeed, it’s very impressive: dragons are very hard to kill and, unless they are killed, they will live for thousands of years.

Still, wyverns, who are considered to be one of the breeds of dragons, can’t be called harmless in any way. Though smaller, easier to attack, and with fewer powers, wyverns can move around a lot faster than dragons, thus making them a big advantage. So, you can never underestimate a wyvern: due to the fact that it’s so swift, it might attack and kill even more efficiently and effectively than a dragon.

In short, dragons and wyverns can seem very similar, so it’s not surprising that they’re often confused. If you look closely, however, you will see that they are pretty different both in their appearance and abilities.

Difference between Dragon vs. Wyvern | Picture

Wyvern vs. Dragon: What’s the Difference? 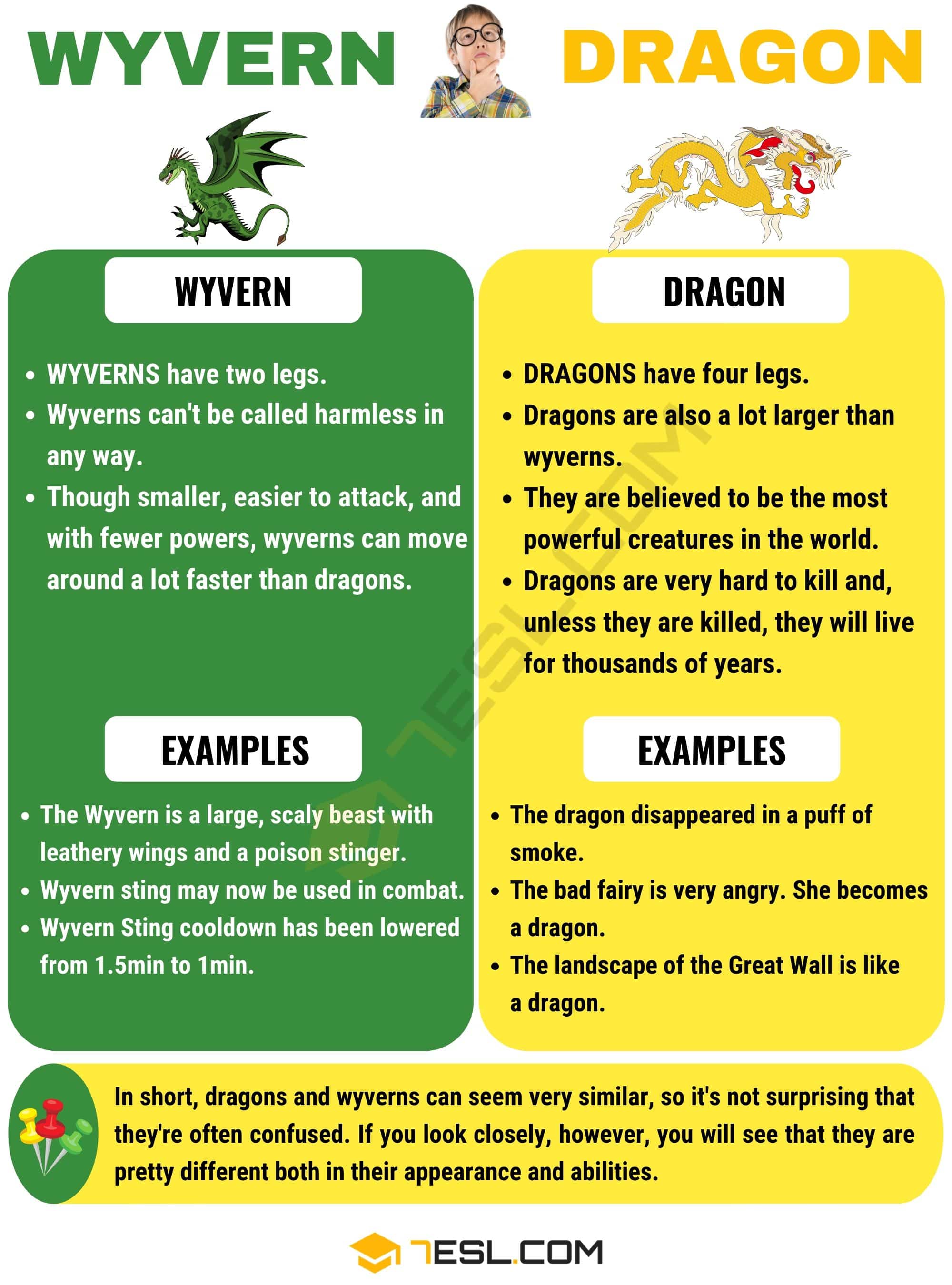 so You’re saying a dragon dies when it’s killed

and btw i the Great Wall doesn’t really look like a dragon it’s just a wall on some hills.