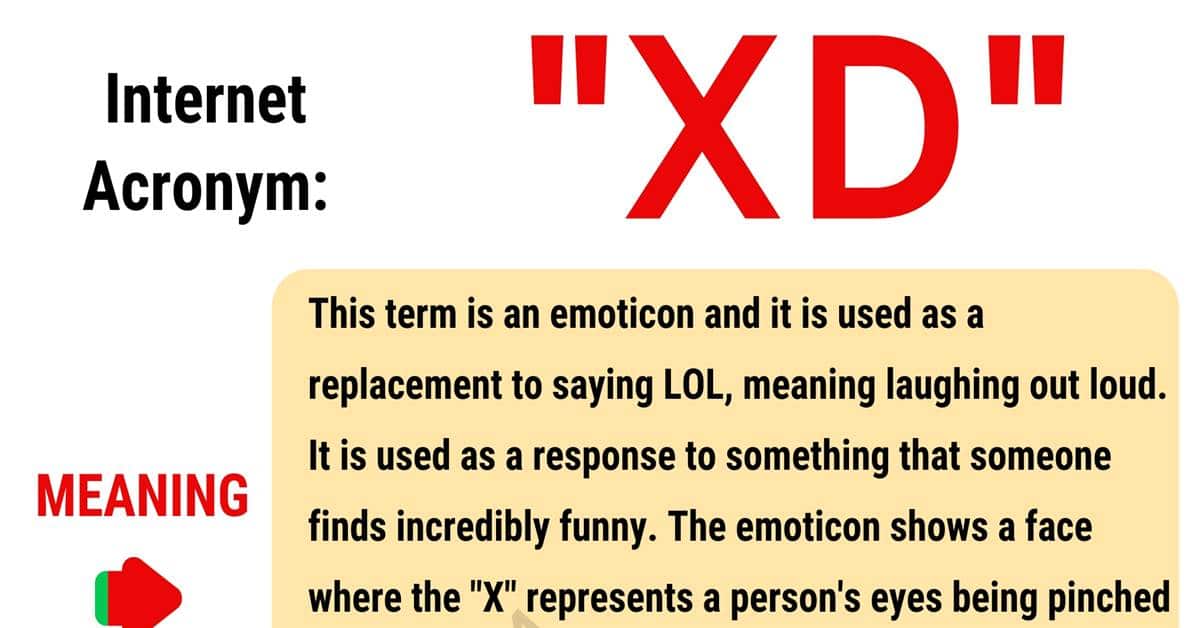 Chances are pretty good that you have encountered the term “XD” used a lot more than once. However, many think of it as an acronym that represents an unknown phrase, but this is not the case at all. If you were thinking the same, then you have come to the right place. Here you will find the real meaning of the term, information on its origin, and some other meanings of the term if there are any available. You will also see some example conversations using the term correctly in context and some synonyms you can use in place of this term without changing its meaning.

What Does XD Mean?

This term is an emoticon and it is used as a replacement to saying LOL, meaning laughing out loud. It is used as a response to something that someone finds incredibly funny. The emoticon shows a face where the “X” represents a person’s eyes being pinched shut as someone does when they smile or laugh hard at something funny and the “D” representing a person’s mouth smiling.

The exact origin of this emoticon is unknown. However, it has at least been used since 2003 when the first definition of what the emoticon meant was posted on the internet.

There are no other meanings offered that are legitimate for the term.

Other Ways to Say “XD”

There are several terms that you could use to replace this emoticon and relay the same expression. Some of the other ways you could express yourself in this way include: LOL, LMAO, ROFLMAO, etc. 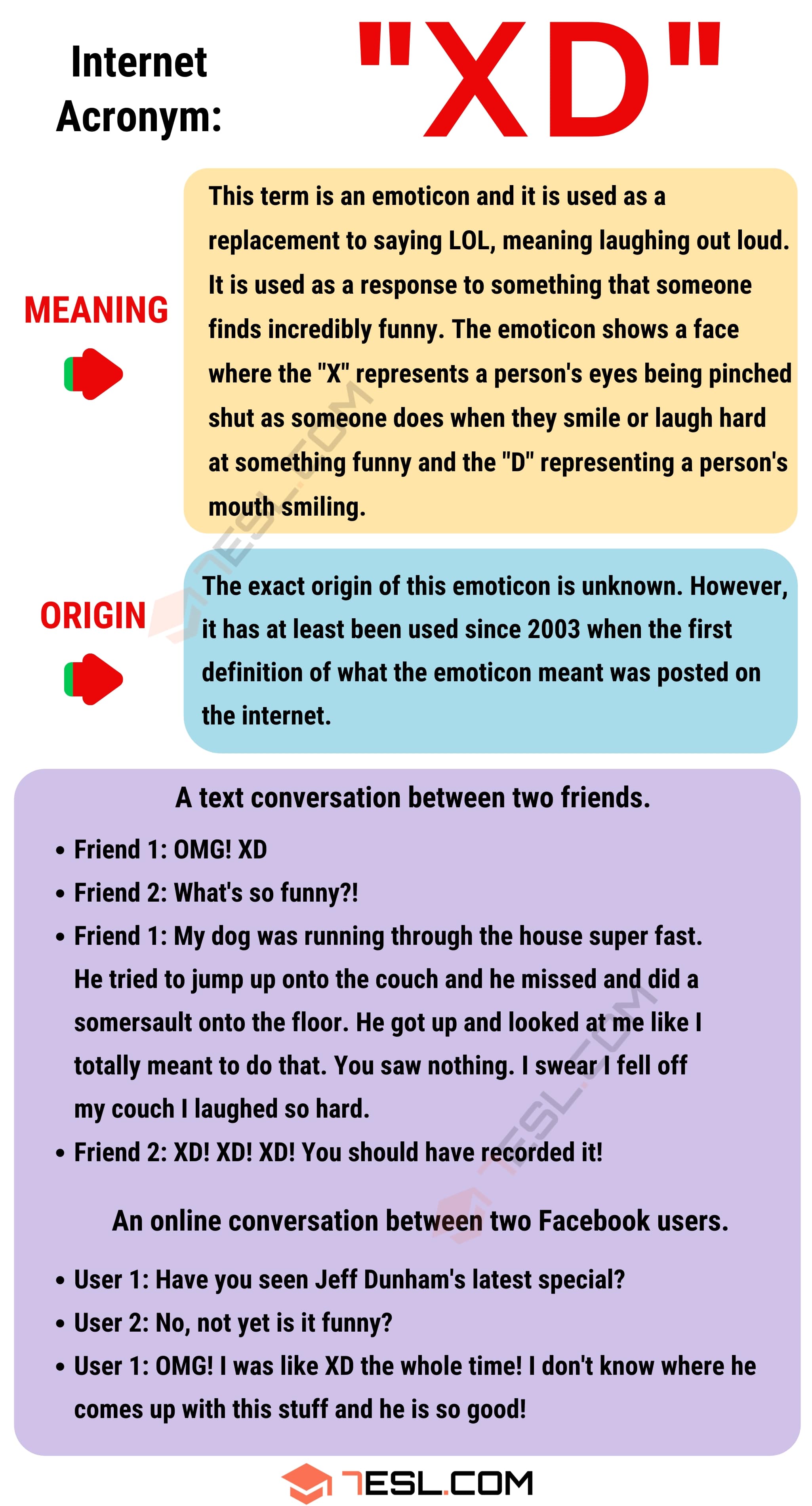 Lol
XD you😎
You you XD lol

Equally, XDn’t means ‘I’m not laughing at all’.

lol wait wut? I haven’t heard about that, but okay, good to know, ty